With just over three months to go Cardiff’s LGBT+ film festival has released a limited number of full and weekend festival passes. The 13th edition of the Iris Prize LGBT+ Film Festival will open on Tuesday 8 October as the six-day marathon of film sets up shop in Cardiff. 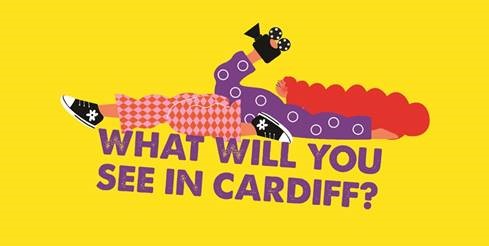 “What will you see in Cardiff?” has not yet been fully decided. But the organizers wanted to recognize the growing number of loyal fans by releasing a limited number of passes before the full programme goes live in August.

Berwyn Rowlands, Festival Director, commented:
“The submissions process is now closed, and the pre-selection jury are busy viewing hundreds of short films and a selection of feature films. This is an exciting period for us as a team as we start to see themes emerging from the selected films.”

“However, we won’t get to see the full picture for a few weeks. Therefore, we wanted to reward the growing number of fans who support the festival before they even know what we will be sharing with them on the big screen. For the first time we are making a limited number of festival and weekend passes available to the public. This will be the cheapest possible full or weekend pass anybody could buy.”

“I wanted to continue our journey with designer Ana Jaks, who’s work we adopted for the Iris Prize LGBT+ Film Festival last year. The radical new illustration was well received and gave 2018 a vibrant and diverse feel, which was perfect for an LGBT+ film festival. I felt it was important that we didn’t just re-use the original work in 2019, but it was important to build on the awareness we had established with Ana’s design to date.”

“The 2019 design features three figures each representing key elements of the film world. The design is Ana Jaks at her best and the finished work, which will be seen in all our marketing, including adverts, posters, banners, tote bags, tickets, passes and website, expands on the family of characters we welcomed in 2018.

“I’m delighted with the finished work and the response has been even more enthusiastic than it was for the original design of 2018, possibly keeping the tradition that a sequel can sometimes be superior to the original! I hope it will help us find a bigger audience to come and see LGBT+ films this October.”

The early-bird full festival pass and weekend passes go on sale on Wednesday 26th June at the reduced price of £115 and £78. 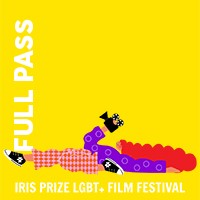 The Early Bird Full Festival Pass is best way to enjoy Iris Prize LGBT+ Film Festival, getting you access to EVERYTHING so you can get fully immersed in 6 whole days of LGBT+ films, events and parties.

We might not have announced the programme yet, but trust our promise to bring 6 amazing days of LGBT+ film in October, and in return, this will be the absolute cheapest pass you can get for Iris 2019.

The Early Bird Passes are VERY limited, so book now to guarantee your Iris 2019 experience for the cheapest possible price.

Your Full Festival Pass guarantees you a ticket to a screening only if you are seated at least 5 minutes prior to the start time, after which spaces will be released as needed and your seat will not be guaranteed. BUY YOUR PASS HERE!