They are currently accepting applications and would love you to get involved!

This is a fun and energetic comedy entertainment show where teams of five friends play against a team of five celebrities in a series of hilarious games which are based around skills and abilities that the celebrities believe they naturally possess.

For those interested in applying, email the team on [email protected] 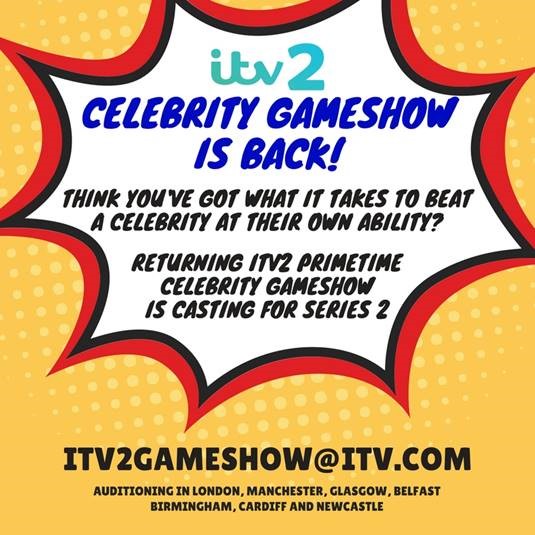