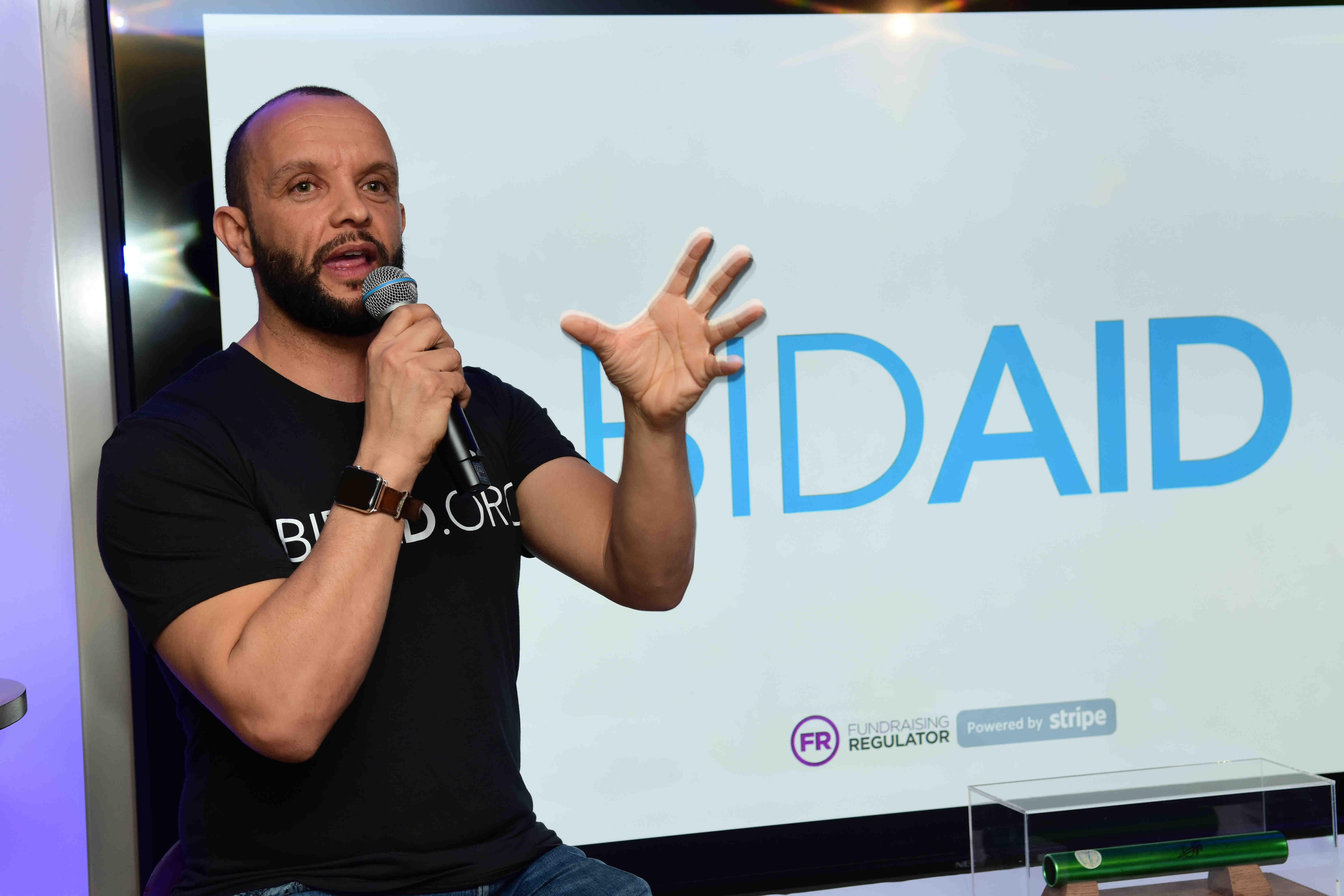 BidAid.org is a new and secure online auction site where premium memorabilia items and experiences can only be uploaded and sold by registered charities or and their celebrity ambassadors, patrons and sponsors.

The Welsh sporting legend was delighted that representatives of so many charities were able to attend the UK launch including Macmillan Cancer, Prostate Cancer UK, Stonewall, Alzheimer’s Society, British Red Cross, Lord’s Taverners and Barnardo’s because having been involved with memorabilia for a number of years he is passionate about ensuring that authentic and unique items raise the maximum amount of funds for the good causes they’ve been donated to.

“One of the key elements of Bid Aid is that we want to guarantee buyers that anything they purchase from our site is 100% genuine because we believe there are large numbers of fake items, autographs and memorabilia being offered for sale elsewhere.

BBC TV presenter and former 110m world record holder Colin Jackson was very pleased to be supporting his close friend and fellow Welshman at the launch.

“I’m amazed that no-one has thought of this before and think that Jamie and his co-founder Leon Hughes have come up with a terrific concept. I’m involved with a number of charities and know they often get donated amazing items but don’t always have an event where they can sell or auction them to raise funds.

BidAid will now enable them to do that and also enable all the celebrity supporters to use their own social media to promote the items they are selling on behalf of the projects that mean a lot to them.”

As part of the launch event Jamie took part in a special Q&A session with a fellow world champion athlete and supporter of BidAid, Derek Redmond. He explained to the guests how the new site works and also took questions from the charities and their sponsors as well as asking some of the guests for their thoughts on charity auctions and memorabilia.

The Royal Ballet’s Fernando Montano is an active supporter of a number of charities including The Amy Winehouse Foundation and Children Change Colombia and he is especially excited about the opportunities for smaller organisations.

Among the supporters of the launch were the boutique hotel Malmaison London who said “we are delighted to have been given the opportunity by Jamie to sponsor this occasion. What a fantastic idea BidAid is, and Jamie is just the enthusiastic and passionate person to be leading the launch”