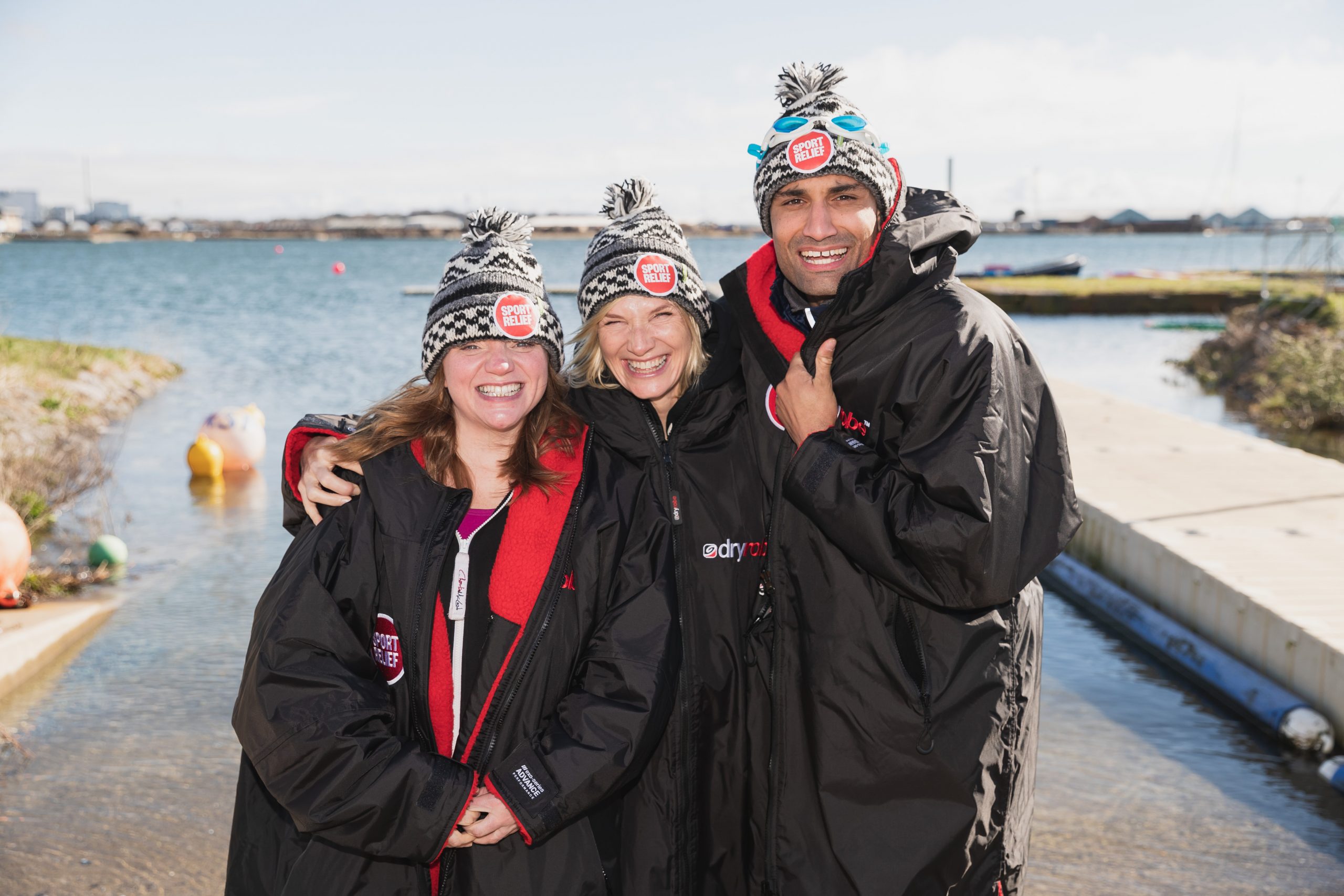 Today Jo Whiley and her BBC Radio 2 team of Rev Kate Bottley and Richie Anderson officially begin their epic Sport Relief challenge! The trio take on their first triathlon in Cardiff, starting nearby at Barry Community Water Sports Centre for the freezing cold open water swim section, before cycling a gruelling 30km into the Welsh capital through hilly terrain, finishing at Cardiff Sailing Club. The final leg of the first day will see the presenters complete a 10k run through the city centre to the finish line at Cardiff Library.

To keep spirits high the public have been invited to cheer the team on for the running section. In addition, some star power will be supporting the team, with legendary Welsh actor Michael Sheen joining alongside for the cycle leg into Cardiff.

The money raised will help tackle issues such as homelessness, domestic abuse, mental health stigma and child poverty. BBC Radio 2 listeners will be able to follow the presenters’ progress across the challenge, with regular check-ins on the station’s programmes, supported by hosts including Zoe Ball, Ken Bruce, Jeremy Vine, Steve Wright and Sara Cox. Jo Whiley will face the added demand of hosting her regular Radio 2 evening show live from Cardiff on Wednesday 11th March after the first leg, and from BBC Pacific Quay studios in Glasgow on Thursday 12th March with the help of Richie and Reverend Kate, before travelling to Manchester on Friday for the final triathlon.

You can listen again to the first live show from the road, as Jo was joined by Rev Kate and Richie in the Cardiff studios last night. Jo was also joined by Luke from Time to Change Wales – a campaign run by organisations including The National Association for Mental Health which uses Sports Relief funding to help breakdown stigma and to end the discrimination surrounding mental health problems.

The money raised by Dare 2 Tri will fund life-changing projects in the UK and around the world. To donate, go to sportrelief.com/dare