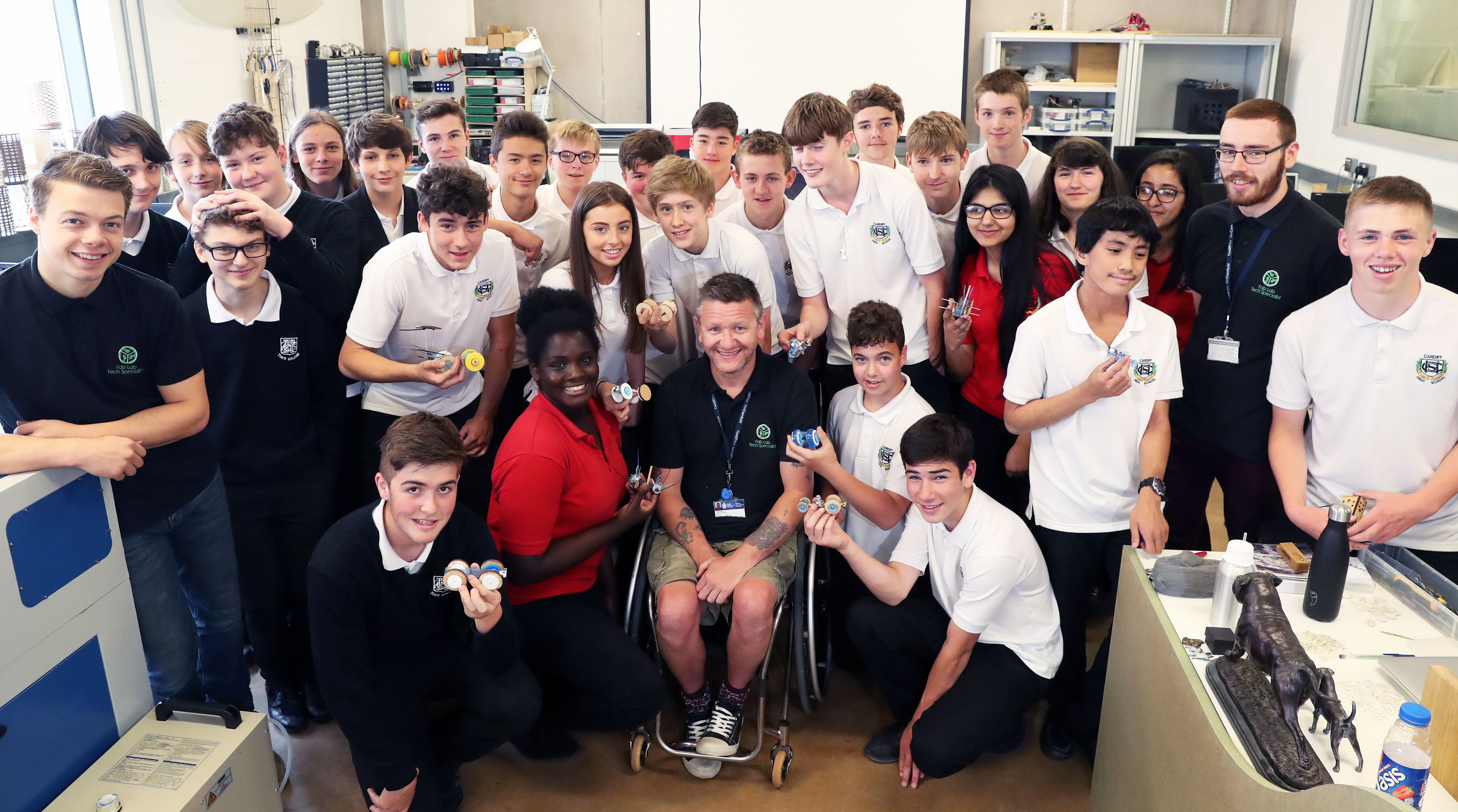 A group of Cardiff pupils have heard all about the jobs, skills and industries of the future at an event hosted by Careers Wales at Cardiff Metropolitan University’s FabLab.

The event forms part of a new #FutureWorkWales campaign being launched by Careers Wales, aimed at educating young people on the skills and jobs needed for the future economy.

Located at Cardiff Metropolitan’s School of Art and Design, FabLab is a creative space focusing on teaching digital manufacturing technologies, such as 3D printing and laser cutting, as well as the Internet of Things.

Around 30 pupils, all studying Design and Tech GCSE at Cardiff High School, configured a 3D trophy using a 3D printer. They then used a laser cutter to make the wheels of cars, which they wrote and coded themselves before racing them on a velocity powered racetrack. The winning team took home the 3D trophy.

The pupils also heard about resources available to them to learn more about where the job openings of the future will be, which industries are growing, which are in decline, how technology is influencing the job market, and what skills employers are looking for.

Among the resources Careers Wales is promoting to pupils through the campaign is a video highlighting how technology has changed over the years and how it could potentially influence the job roles available in the future. Information from the video shows that:

-In the future, 10% of the world’s population will be wearing clothes connected to the internet

-By 2026, smart clothing will be available that changes colour and shape and keeps you cool or warm.

-Within 15 years, some tasks that AI and robots are expected to do include driving cars, shopping, and cooking for us.

The data also shows that 3 in 5 businesses are suffering a shortage of digital talent, with more than half stating this talent gap is on the rise. (Tech Nation).

“Events like this will encourage pupils to start thinking about how technology is influencing the job market and what employers are looking for now and in the future.

“We can only predict how the economy will look 20 years from now, but by equipping young people with the knowledge to think outside of the box with their careers research, we hope they can be on the front foot in making informed choices further down the line.”