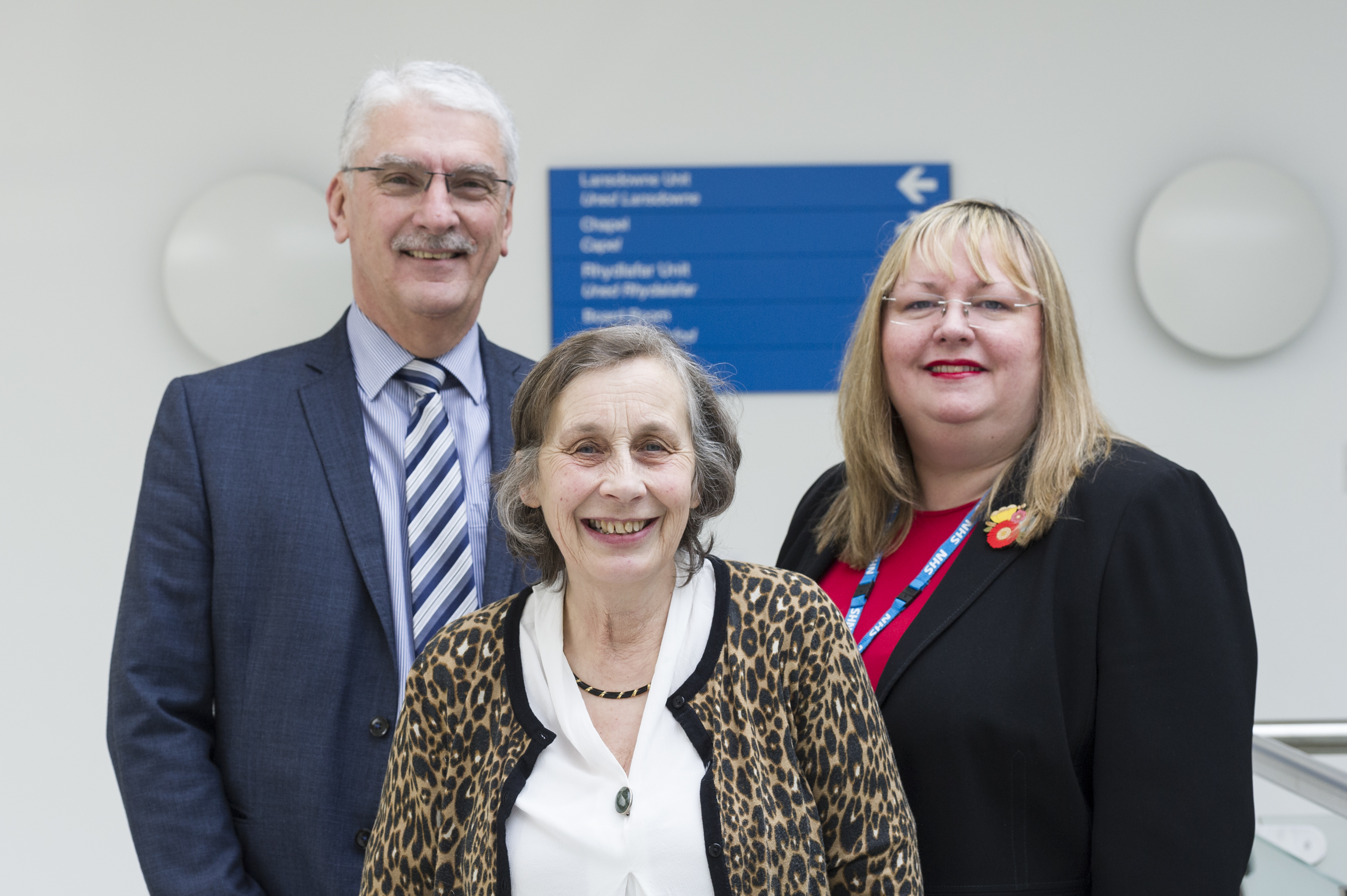 Cardiff and Vale University Health Board is piloting a campaign supporting carers to continue their caring role, if they wish, while the person they care for is in hospital.

John’s Campaign was founded after the death of Dr John Gerrard in November 2014 by his daughter Nicci Gerrard and her friend Julia Jones and aimed specifically at carers of people living with dementia.

The Health Board is adopting the principles of John’s Campaign ensuring that all carers are incorporated. It is being piloted in seven wards, across four hospital sites; University Hospital of Wales, University Hospital Llandough, Barry Hospital and St David’s Hospital.

The Patient Experience Team worked closely with carers and staff to develop the ‘Four P’s’ ensuring that the principles adopted were affiliated to the ‘Social Services and Wellbeing (Wales) Act 2014’. The elements are;

Principles – ensuring carers have a voice, and that they are informed and communicated with.

Our Promises – are that we will always welcome carers and where possible we will support them to continue their caring role, if they wish, for example at mealtimes.

Finally we ask that carers Please – respect other patients privacy, ward issues and tell us if you need our help and support.
Ruth Walker, Executive Nurse Director said; “As a Health Board we are committed to caring for people and keeping them well and by adopting the principles of John’s Campaign it enables carers involvement, should they choose.

“There are estimated to be at least 51,000 carers across Cardiff and the Vale and it is important that they are recognised and included in decision making to ensure the best outcome for the patient.”

“It is really exciting to have worked collaboratively to provide a platform, which aims to ensure robust communication between patients, carers and staff. This initiative will also allow early identification of carers and improve the knowledge base of staff. It will be evaluated in three months’ time, reviewed and then a wider discussion undertaken regarding further roll out across the Health Board.”

As part of the pilot Carers Support Leads have been identified in each area and are receiving training to identify and support carers in line with the campaign.

A pack is also available containing essential toiletries for carers who have an unexpected stay in hospital. They contain a discount voucher for use at Y Gegin in UHW and the staff restaurant at UHL; aligning to the ethos ‘We care for those who care’.

In the time since John’s Campaign was founded, over 1000 institutions have pledged support and a lot of progress has been made. The Health Board will be developing its own pledges of support in the near future.