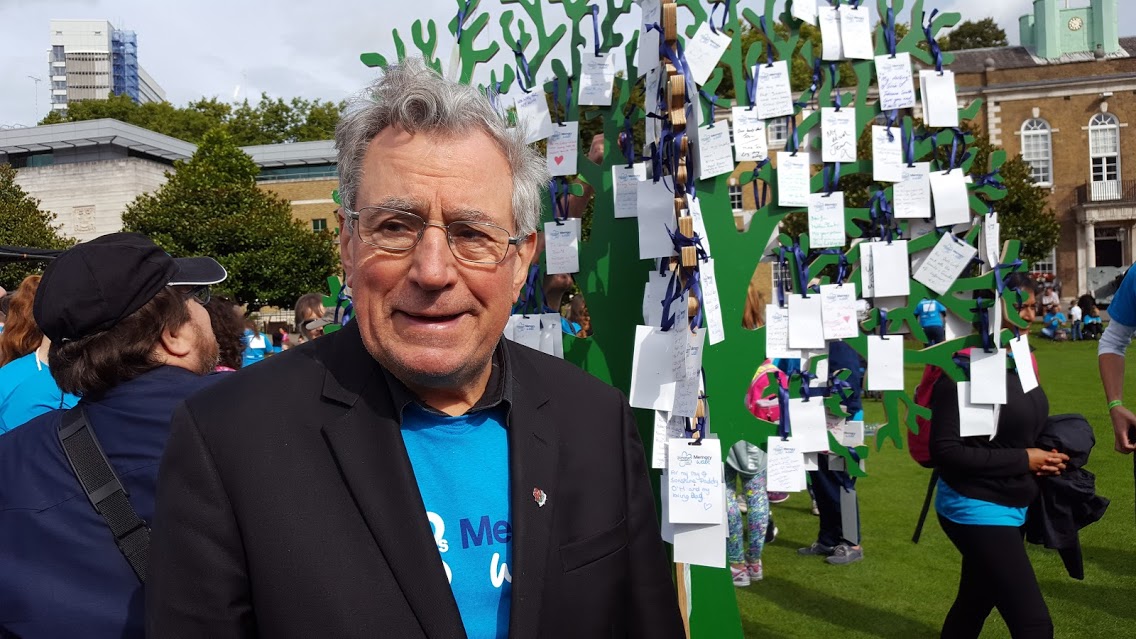 Welshman and Monty Python legend, Terry Jones originally from Colwyn Bay, North Wales united against dementia with 3,500 people at London Memory Walk on Sunday 10 September.  This year, for the first time, there will be a range of Night Memory Walks taking place in Cardiff, Liverpool and London – as dementia happens around the clock. Cardiff’s Night Memory Walk takes place on Saturday 14 October.

The 75-year-old, who is living with a rare form of dementia, took part in Alzheimer’s Society’s London Memory Walk with his daughter Sally Jones and his former partner Alison Telfer. Alison said: “Terry can’t speak because he is living with a rare form of dementia and it is just so awful because he can’t do all the things that he used to do. “But he still enjoys going out for long hikes and so we took part in our local Memory Walk because we wanted to support him continue to do things he loves and because it was for a cause close to our hearts.” 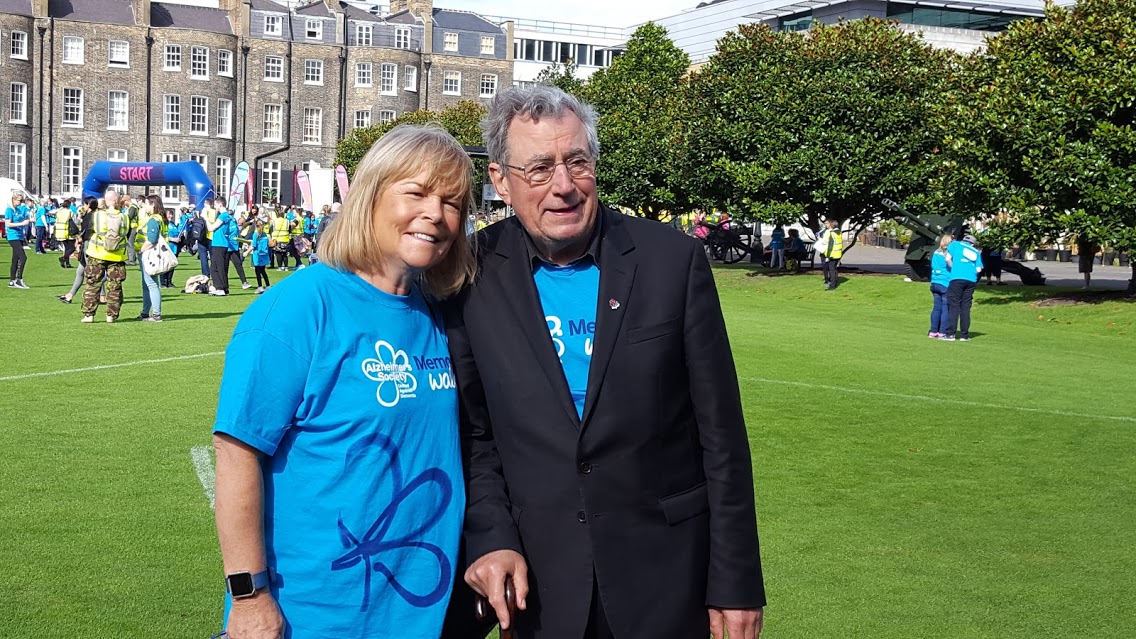 “Dementia is set to be the 21st century’s biggest killer. We are calling on family, friends – and furry four-legged supporters – to unite against dementia this autumn. Dementia devastates lives. Walk with us at Memory Walk and dementia won’t win.”

There is still time to sign up for Cardiff Night Memory Walk. A total of 585 walkers and 30 volunteers have already registered to take part visit memorywalk.org.uk/find-a-walk/cardiff-night/