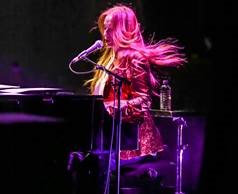 “Embracing grown-up pop, jazz and blue-eyed soul a la Steely Dan – her latest outing could be her best yet.” – Sunday Times Culture

Acclaimed pianist, singer-songwriter and storyteller Judith Owen is bringing her show to The Gate Arts Centre in Cardiff on November 17th. Judith will be joined on stage by legendary bassist Leland Sklar,  percussionist Pedro Segundo and cellist Gabriela Swallow for an evening of grown-up pop, jazz and humour. 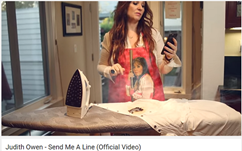 WATCH: Send Me A Line VIDEO

The tour follows the release of Judith’s latest album ‘Somebody’s Child’. Judith has been overwhelmingly praised wherever timeless music, live performance and song writing is appreciated. Judith has enjoyed sterling support at British radio, particularly from Jamie Cullum, Bob Harris and the late Sir Terry Wogan, stalwarts and tastemakers of the BBC Radio 2 network. All three hosted sessions featuring the Welsh-born songstress and demonstrated her commercial potential and wide-ranging appeal. Live dates in 2015 included tours with Bryan Ferry and Madeleine Peyroux plus appearances at Cheltenham Jazz festival, Cropredy and her own headline tours in Europe and North America. Judith will be performing at two sold out headline shows at the Crazy Coqs in London in May.

Known for her love of musical variety and melding it into a great stylistic gumbo all her own, ‘Somebody’s Child’ is the culmination of this mix: voice and piano front and centre, songs that are vignettes of life.

“By nature, I am a diverse musician. It’s who I am because of all the music I grew up being exposed to, from opera to Sinatra, Joni to Stevie Wonder, and everything in between,” says Judith. “It’s a very British thing where you love mixing all those styles. It’s classical. It’s pop. There’s jazz. There’s rhythm and blues. Then there’s rock thrown in there too.”

Whereas 2014’s critically-acclaimed ‘Ebb & Flow’ was personal and very much a love letter to Laurel Canyon, ‘Somebody’s Child’ takes a leap from the confessional to the observational, whilst recruiting the same crème de la crème of Los Angeles session musicians – bassist Leland Sklar, guitarist Waddy Wachtel and drummer Russell Kunkel – and incorporating them with her British-based musicians – Pedro Segundo and Gabriella Swallow – to create a fresh new dynamic.

‘Somebody’s Child’ is out now on Twanky Records via Absolute Label Services.