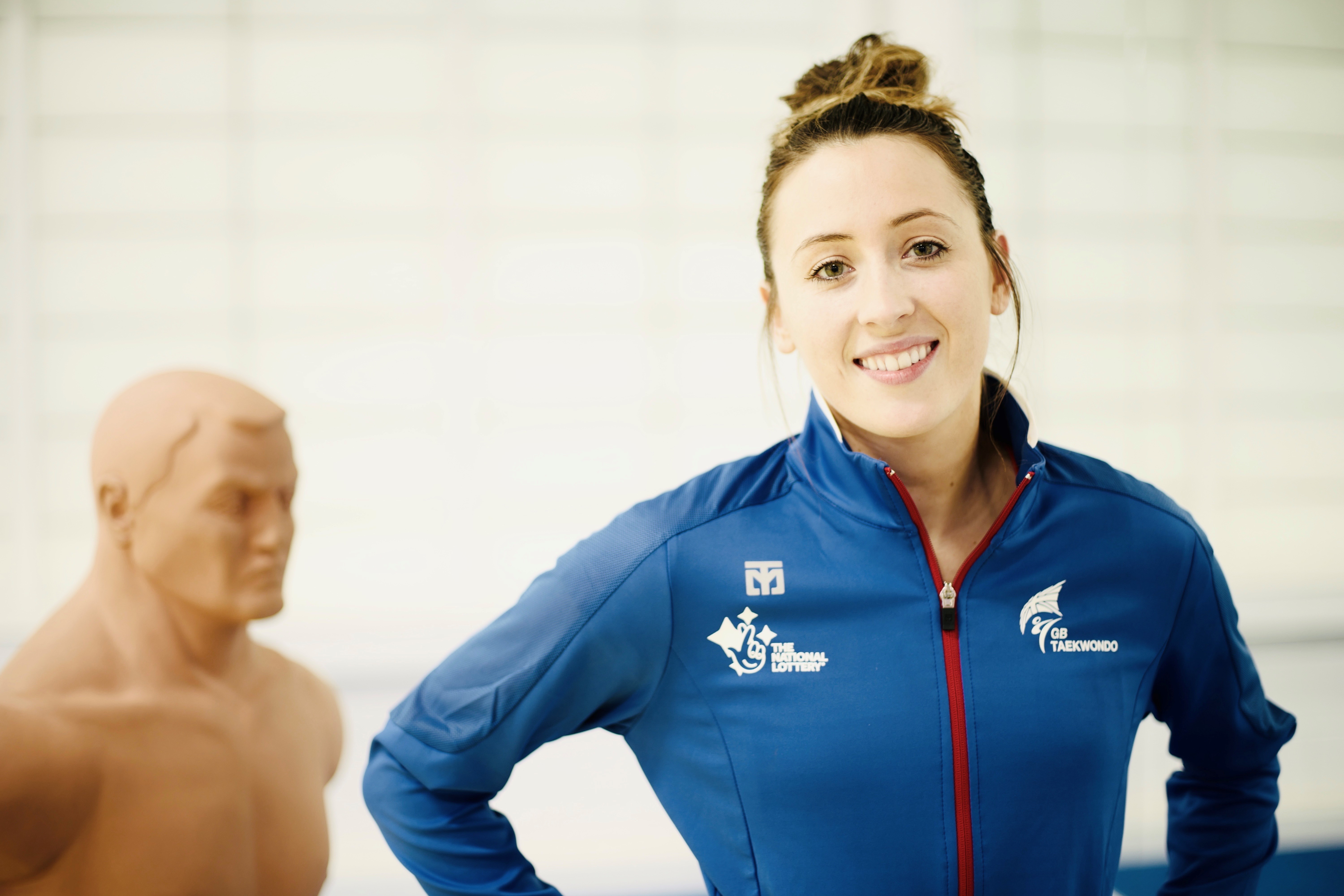 Time is running out for people to get behind Welsh sporting icons Jade Jones and Baroness Tanni Grey-Thompson who are competing for public votes after reaching the finals of this year’s 25th Birthday National Lottery Awards.

The Sporting Legend category in the Awards provides a golden opportunity to celebrate the remarkable achievements of the UK’s world class National Lottery funded athletes, whilst demonstrating the impact that National Lottery players have had on elite sport since 1997.

Voting closes at midnight on 21 August and winners in the annual search to find the UK’s favourite National Lottery funded athletes and projects will be revealed in the next few weeks.

North Wales’ Jade Jones was the first British athlete to become an Olympic Taekwondo Champion when she took gold at London 2012 at the age of 19 – a performance which earned her an MBE. She repeated that remarkable feat and became double Olympic champion at the age of 23 when she secured another gold at Rio 2016. The National Lottery has funded Jade Jones throughout her career and has assisted her preparations in the build-up for both the 2012 and the 2016 Olympics and now in the run up to Tokyo 2020. She is one of over 1,000 elite athletes in the UK funded by the National Lottery, allowing her to train full time to reach her full potential.

Double Olympic Champion, Jade Jones, said: “I’m thrilled to be a Sporting Legend finalist in the 25th Birthday National Lottery Awards. Inspiring the next generation and giving young people opportunities from an early age is so important. The National Lottery has supported thousands of athletes like myself throughout our careers and has helped us to secure podium places at the highest level.

I always had the desire, commitment, vision and support to succeed but National Lottery funding allowed me to compete and train full time and access world-class facilities and training programmes which give you that extra edge in competitive sport.”

Baroness Tanni Grey-Thompson, who originally hails from Cardiff, amassed a remarkable medal haul over 16 years. During her career she won a total of 16 Paralympics medals, including 11 golds, held over 30 World Records, and won the London Marathon six times.

Baroness Tanni Grey-Thompson, said: “I’m honoured to be a finalist in the 25th Birthday National Lottery Awards. The introduction of National Lottery funding all those years ago helped revolutionise Paralympic sport. For me personally, it allowed me to focus on what I loved doing and reach my full potential. From the preparation training camps, coaching, to access to the best facilities – all this changed with the introduction of National Lottery funding and it’s hard to imagine where Paralympic sport in the UK would be without it.”

She added: “National Lottery funding has also contributed to improved access to a range of grassroots sports for more disabled people in the UK, gradually helping to change perceptions.”

Urging the public to get voting for their Sporting Legend, Sport Wales CEO, Sarah Powell, said: “Over the past 25 years the National Lottery has made an enormous difference to sport in Wales.  The most visible effect is perhaps with our elite athletes, who we see winning medals at Olympics and Commonwealth Games, doing incredible feats of sporting endeavour, and showcasing the passion and pride of Wales on the world stage. National Lottery funding has enabled them to train more effectively, access world-class medical and psychological support, and through this, make huge improvements to their performance.  In addition, structures have been put in place to ensure that the next generation of stars have pathways through their sport to enable them to thrive within sport and outside it.”

To date over 6,000 elite athletes have benefitted from National Lottery funding, enabling them to have access to some of the best coaching, facilities and support staff in the world. Since 1997, our athletes have won 864 Olympic and Paralympic medals.

The shortlisted athletes beat off stiff competition from a longlist of over 50 other worthy contenders to reach the public voting stage in this year’s National Lottery Awards. The finalists were selected by the judging panel for their sporting achievements, passion for their sport and ability to inspire others.

The shortlisted athletes are:

The public vote will decide which athlete is crowned champion and the victorious athlete will receive an iconic National Lottery Awards trophy and attend a star-studded glitzy awards ceremony to be broadcast on BBC One on Tuesday 19 November.

To vote go to lotterygoodcauses.org.uk/awards . You can also follow the campaign on Twitter: hashtag #NLAwards. Public voting will run until midnight on Wednesday 21 August.