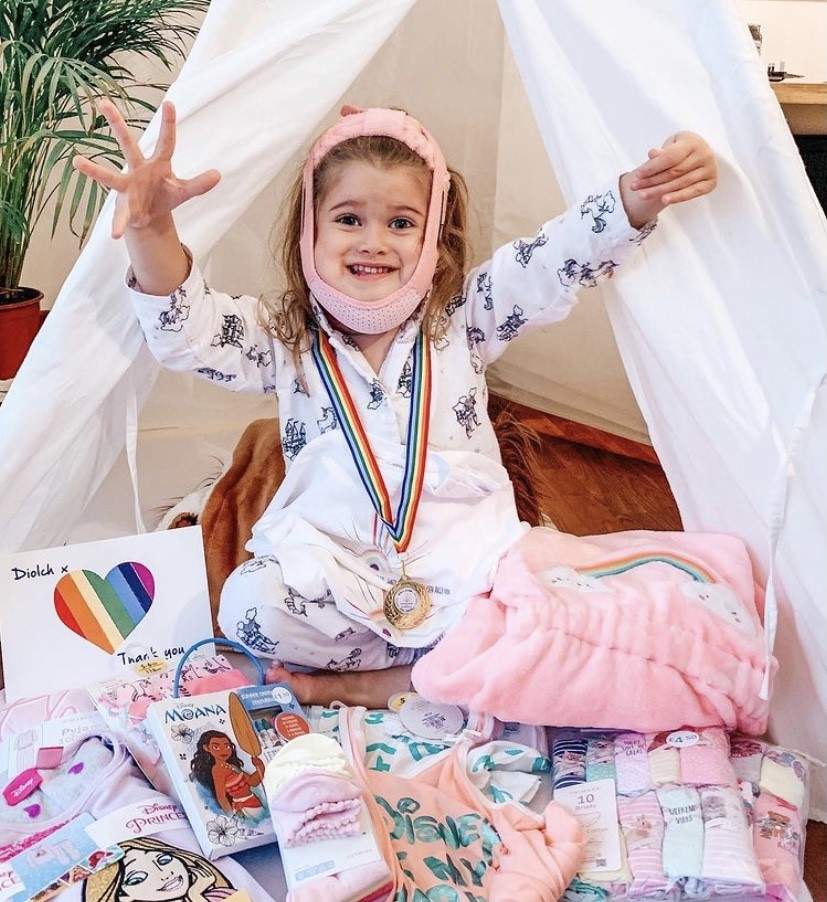 Fashion retailer, Primark, leaped to the support of children’s charity, Noah’s Ark, after being inspired by the plight of a three-year-old girl called Eden.  As a result, the charity is now able to provide essentials packs for children who, like little Eden, are admitted to hospital in an emergency during the Covid-19 pandemic.

The move is the latest activity in a long-standing partnership between Noah’s Ark and Primark’s store in Cardiff. In addition, to date, Primark has raised close to £800,000 in funds to support the charity’s work through the retailer’s bag levy.

Eden was rushed to the Noah’s Ark Children’s Hospital for Wales during the Welsh fire break after experiencing complications following an operation. She was admitted for observation but in the rush to get there, mum, Chelsea, had arrived without any of the essentials needed for her daughter’s stay. Due to lockdown measures and the hospital’s one-parent policy, Chelsea wasn’t able to leave her daughter to get anything and most of the shops were shut. Having heard about Eden’s situation, the charity contacted their supporters at Primark, who, not only put together a package for Eden but supplied over 200 product bundles to be given to children in similar situations.

The clothes have been added to new packs which also contain a toothbrush, toothpaste and a Noah’s Ark teddy bear for children to cuddle at night. The packs are already helping other children who, like Eden, arrive at hospital in an emergency.

Eden’s mum, Chelsea, says: “Eden is so lucky to be cared for by the most wonderful hospital. After hearing that Eden was in hospital without some of her essentials, the Noah’s Ark Charity, with the help of Primark, made sure she didn’t go without. I want to thank Primark for their amazing donation and to Noah’s Ark. They aren’t just a hospital and charity to us, they’re family.” 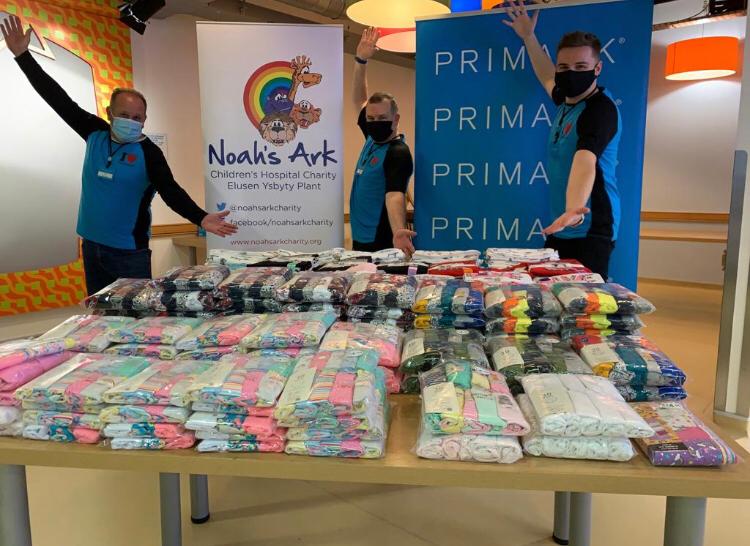 Jon Coomber, Store Manager of Primark Cardiff said: “We are so proud of our local charity partnerships, and it’s a privilege to support Noah’s Ark Children’s Hospital for Wales through our ongoing fundraising and donation efforts with Noah’s Ark Charity. We are delighted to bring a little joy and excitement to families during what is no doubt a very difficult time. We admire the great work of the staff at Noah’s Ark Children’s Hospital, who are working harder than ever to help sick children and their families.”

Since 2012, Primark has raised over £800,000 for the Noah’s Ark Children’s Hospital Charity. The funds have been raised through the retailer’s 5p bag levy in stores across South Wales. Primark originally helped to fund the hydrotherapy pool which was launched at the opening of the children’s hospital’s second phase in 2015.  The retailer then went on to support the charity’s Tiny Lives Appeal, funding an essential piece of equipment that saves the sight of premature babies.  The £82,000 donated by Primark will provide an essential boost to the Noah’s Ark Covid-19 Resilience Fund. The fund was established in March to ensure that the charity could continue to support children, families and frontline staff at the Noah’s Ark Children’s Hospital for Wales through the emerging crisis.

Director of the Noah’s Ark Charity, Suzanne Mainwaring, says: “As a charity, we’re committed to helping the hospital and its families to get through this pandemic in whatever way we can. At the beginning of the Covid-19 crisis we saw an immediate 50% drop in our fundraising income. As we don’t benefit from any funding from NHS Charities Together either, the ongoing support of partners like Primark is so important to us. From the hundreds of children who now benefit from hydrotherapy to the families who now feel more supported during the fallout from Covid-19, their continued support is invaluable.”

“At this moment, it can be hard to predict how the hospital will need us next as it continues to care through this crisis.  It’s thanks to the unwavering support of our partners at Primark that we were able to respond so quickly in this instance. We know that our new emergency children’s packs will help so many families. Thanks as well to our mutual inspiration, little Eden, who’s now safely back at home with her new Primark pyjamas.”

To find out more about the work the Noah’s Ark Charity are doing to support the children’s hospital for Wales, please visit www.noahsarkcharity.org