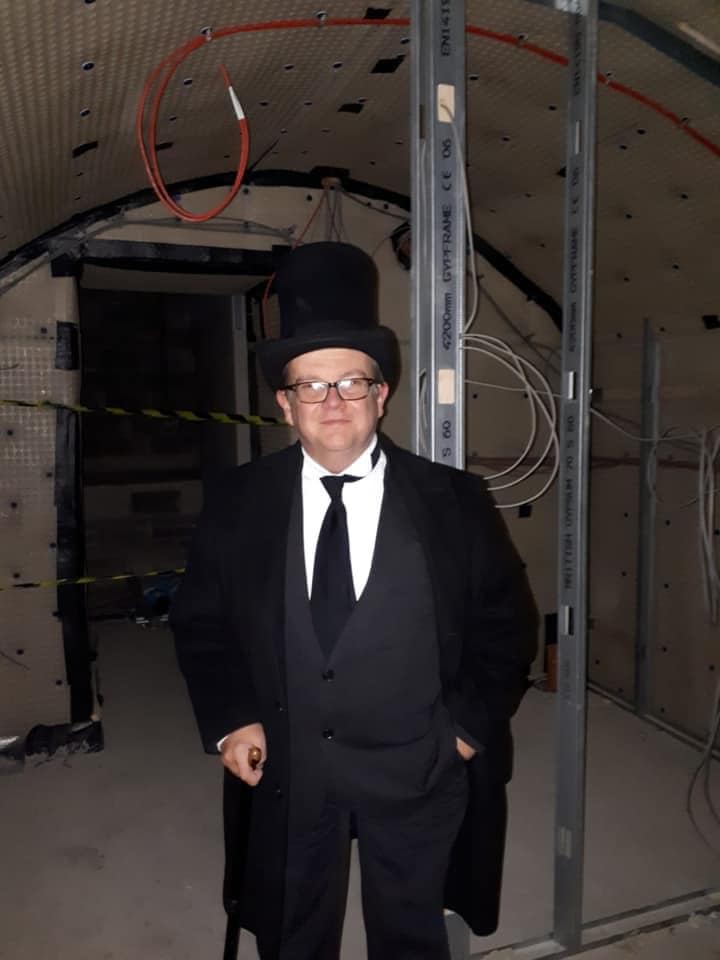 Llantrisant Ghost Walks have been announced for the Christmas period when visitors can be spooked by tales of hauntings, murders and executions.

Now in its third year, Llantrisant Ghost Walks has gone from strength to strength with more than 1,500 adults and children hearing grisly tales of the town’s remarkable past. From witches and spirits to murders and plagues, the journey around the ancient hilltop town will bewilder and terrify as you walk the historic streets and hear blood-curdling stories of the past.

Ghost Walk guide and local historian Dean Powell said: “Following many years of providing guided walks around Llantrisant I decided to offer an alternative night-time tour with an emphasis on the darker side of history. The response has been overwhelming with the demand for spaces increasing year on year. This has been a particularly busy time as many people are restricted during the Covid-19 lockdown and are looking for entertainment. There’s something about ghost and spirits that capture the imagination and people seem to enjoy being scared of stories told in the shadow of old ruins and landmark sites.”

Born and bred in Llantrisant, Dean is a Freeman of the town and Clerk of Llantrisant Town Trust which manages the common lands and privileges of this ancient band of men as presented in a Charter in 1346. A former newspaper editor, he is the author of four history books on Llantrisant and is best known for his extensive biography of Dr William Price, the famous surgeon, chartist, druid and pioneer of cremation.

An accomplished guest speaker, Dean is also the manager of the Llantrisant Guildhall and played a major role in the £1.4million restoration of the 14th century building and its transformation into a popular heritage and visitors’ centre.

“Llantrisant is a remarkable place”, he added. “It’s a small town with a big story – and I just love to be able to share that story with whoever wants to listen. It deserves to be recognised for its remarkable past and for its unique and eccentric traditions which continue to this day. I can think of no other Welsh town which boasts so much quirkiness and I encourage anyone to spend time here and immerse themselves in the history that surrounds them.”

Llantrisant Ghost Walk commences at the Castle Green where Dean, in Victorian funeral costume, tells you of the Norman soldiers slaughtered in the tower, how the troubled souls of executed criminals haunt the site and why the ruined Raven’s Tower must never fall or it will seal the doom of the town.

Walk the cobbled streets where the faceless witch has been seen and find out more about Llantrisant’s original pagan site of worship, the druids, witchcraft and blood drenched altar stones. Then learn about the coming of the Black Death, the epidemics, the foul stench of the streets and the ghostly apparitions of lost children looking for their plague-victim parents.

Hear stories of haunted homes, public houses and shops, murdered Kings of England and human sacrifice before reaching the former Workhouse where you may catch a glimpse of its ghostly warden whose rattling keys and footsteps can still be heard from the upper rooms.

Finally take a frightening journey to one of the most haunted landmarks in the town, Llantrisant Guildhall where you get to wander its darkened cell where spirits remain locked in the bowels of the building – but are pleased to welcome a newcomer to join them!

Llantrisant Ghost Walks will be held on:

Tickets priced £6.00 must be purchased in advance as spaces are limited and are available by contacting [email protected]

Details will also be given on Covid-19 restrictions, safety and track & trace.

Find out more by following their Facebook page @LlantrisantGhostWalk