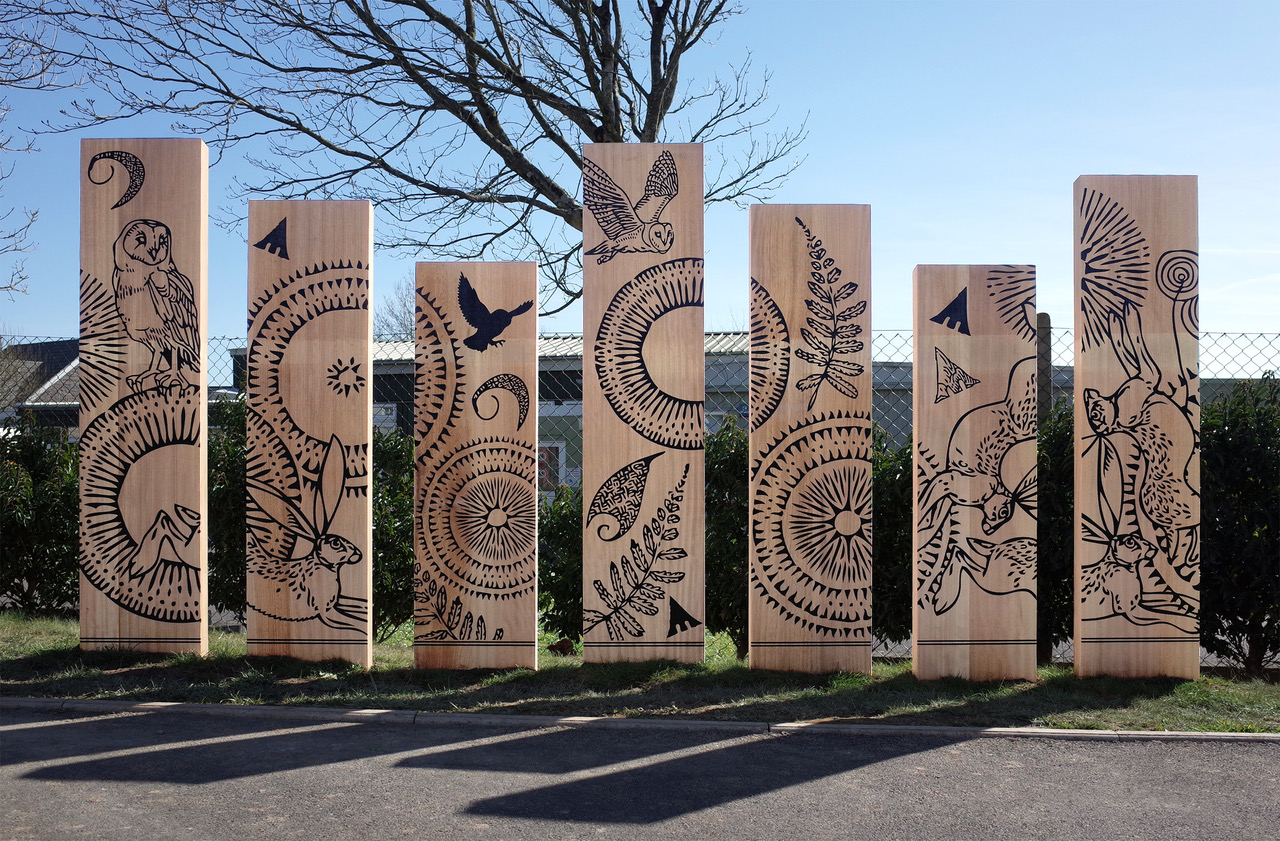 New artwork has been unveiled at Redrow Homes’ St David’s Meadow development in Colwinston after local artist, David Mackie, collaborated with children at the neighbouring St David’s Church in Wales Primary School to produce the masterpiece.

The public art, which has taken two years to make, is made up of designs created by the pupils after David visited their school for a series of workshops and incorporated their artistic ideas into the finished article.

The owls, hares and ferns in the artwork represent the wildlife in the development’s surrounding fields, which are home to an abundance of nature. This is one of the great advantages to living at the site in Colwinston, a village named by the Sunday Times as one of the best places to live in Wales.

The circles and triangles, meanwhile, symbolize local burial chambers from 4,000 years ago, that contained arrowheads, which would have been used either for hunting large game or for war purposes during the medieval period.

“It really fits in with the surrounding landscape, so we want to say thank you to David and the children at St David’s Church in Wales Primary School for coming up with such innovative and beautiful designs.

“It was great to see the children having so much fun unveiling the piece of art and we hope it has provided them with great memories.”

Artist, David Mackie, said: “It has been great working on this project and also being able to involve the local children as I know they enjoyed the workshops and seeing the final product at the end.

“I hope that the artwork provides those living at the development with much joy for years to come.”

St David’s Meadow development, which is now sold out, is made up of three, four and five-bedroom homes and is situated in a picturesque rural village in the heart of the Vale of Glamorgan.