Cardiff-based amateur theatre company, Peculiar Productions, have raised £3,500 for Nerve Tumours UK with their recent stage production of a novel by bestselling UK author Sir Terry Pratchett, which ran for five performances at the The Gate Arts Centre. 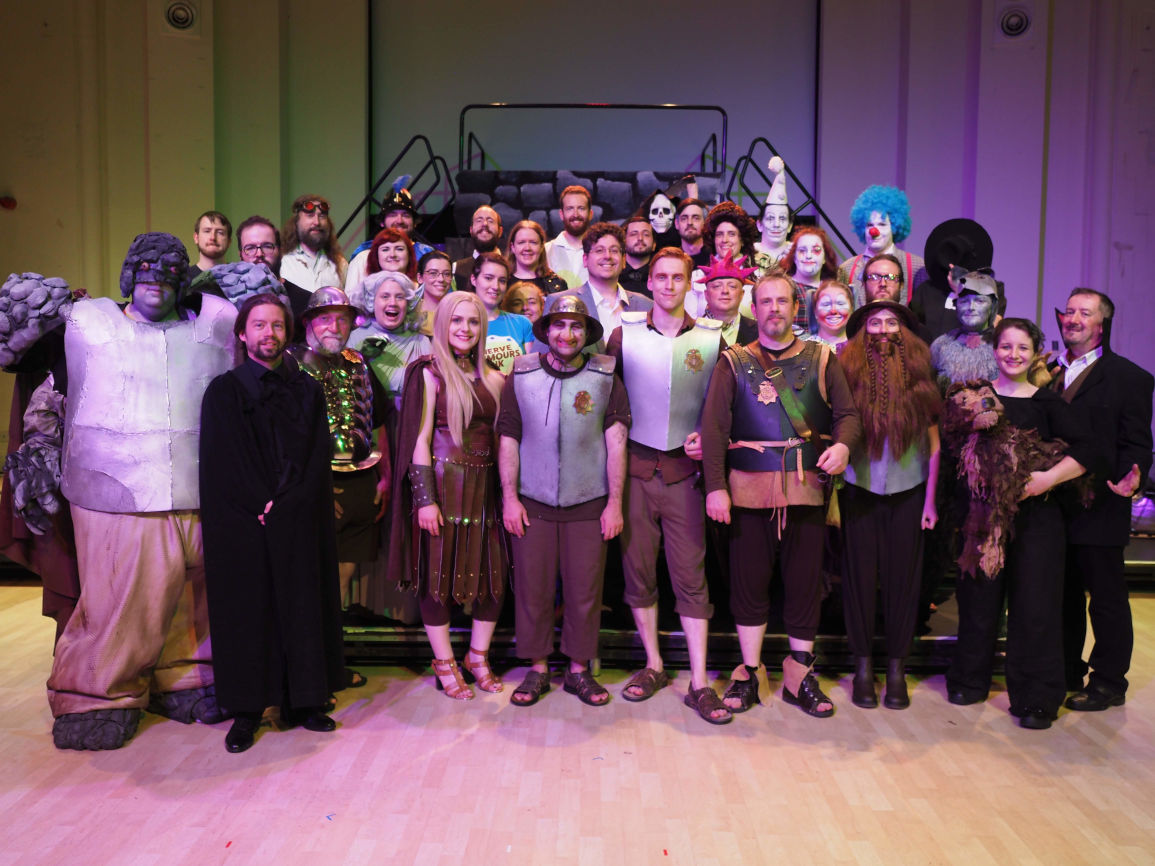 ‘Men at Arms’ was adapted for stage by Stephen Briggs from Pratchett’s 1993 novel.  It follows the City Watch – whose members include a werewolf, a dwarf and a troll – as they attempt to solve a series of increasingly baffling murders in the fictional city of Ankh-Morpork. Widely considered a comedy-fantasy masterpiece, Pratchett’s novel deals with themes of racism, sexism, and the effects of power.

The production was dedicated to the memory of David Blake, a close friend of a company member, who passed away in 2018 at the age of 30 following a battle with cancer caused by neurofibromatosis. David’s parents offered the production a financial contribution as part of 30 things they did to celebrate David’s 30 years of life.

‘We are very grateful to the amazing efforts by Peculiar Productions setting up this amazing play in support of our cause,’ says Markus Bell of Nerve Tumours UK. ‘We are reliant on raised funds; any donation will help us to support and raise awareness for the 26,500 people affected by Nerve Tumours in the UK. We will be able to meet our goals of providing first class support to those who need our services through our helpline, as well as specialist neurofibromatosis nurses in various regions throughout the country.’

The production has received widespread praise from audience members and positive reviews, with the National Operatic and Dramatic Association (NODA) noting the ‘very talented’ cast’s ‘polished performance’, and Cardiff Times calling the production ‘brilliant’ and saying ‘characterisation was outstanding’.

‘The last 18 months have been the most exciting, rewarding and enjoyable ones I can recall. It’s been absolutely fantastic to see people work so hard with so much love’ says director Matthew Hitchman. ‘This was an ambitious production, but with £3,500 raised for Nerve Tumors UK, I’m so proud that we’ve turned our energy into positive results for those that need help.’

Peculiar Productions was launched in 2018, following the closure of Pratchett-based theatre company, Monstrous Productions. The company generally stages two productions a year, and donates the proceeds to charities that help enrich or transform lives. To date, the company has donated £9,500 to charitable causes.

‘I’m very proud of what we’ve been able to achieve in such a short space of time’, says the company’s Chair, Sarah Roberts. ‘We’ve not only entertained audiences, we’ve also  contributed to the valuable work of some vital charities – Cardiff Mind, The Brain Tumour Charity, and Nerve Tumours UK .’

The company’s next production will be the mysterious dark comedy whodunnit ‘A Tomb with a View’ by Norman Robbins, performed in Cardiff in February 2020. The following August, Peculiar Productions will stage another Pratchett novel, ‘The Fifth Elephant’, adapted by Stephen Briggs.

Additional information, including how to audition, can be found at peculiarproductions.co.uk.