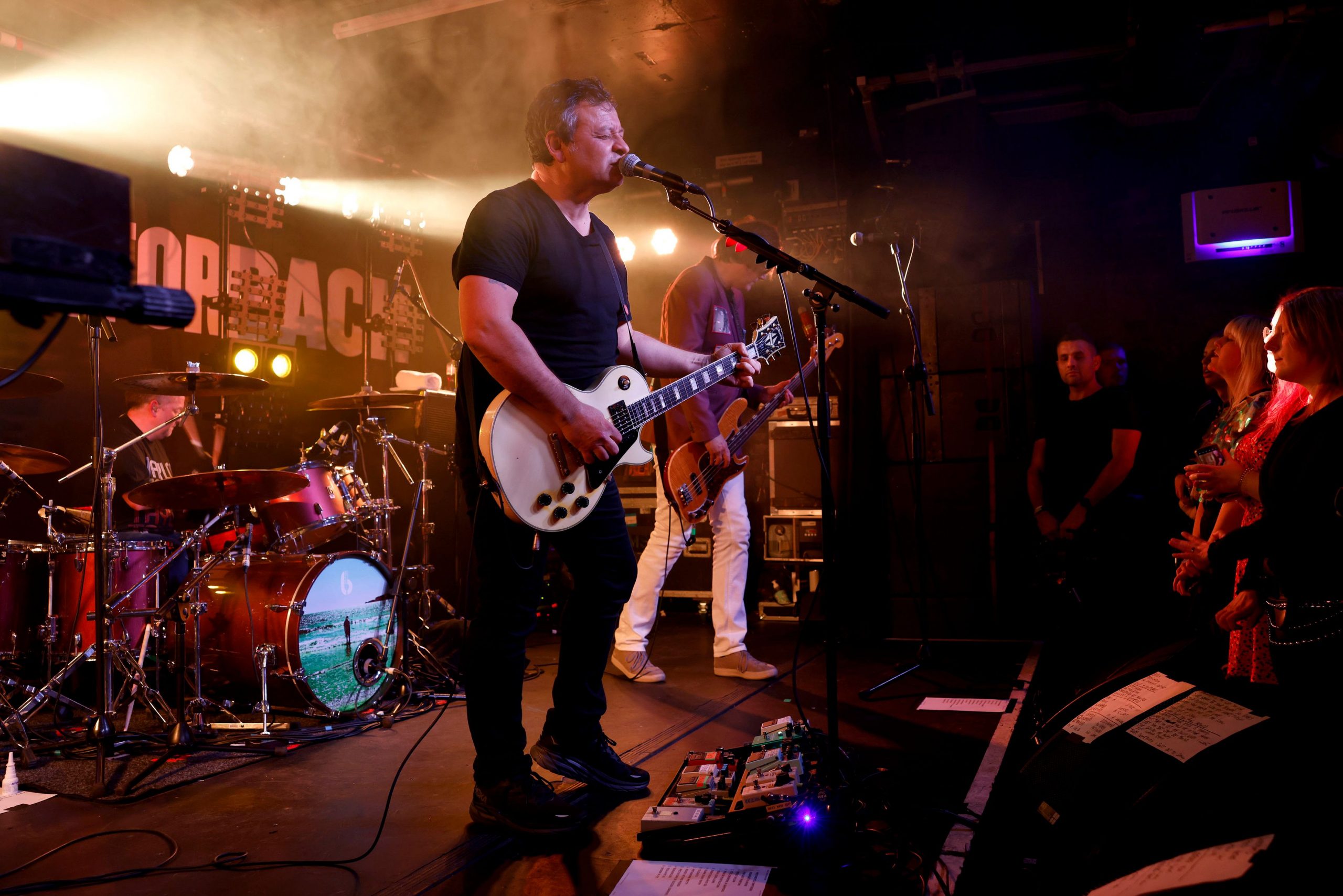 The band’s set contained hits from across their career, plus some tracks they’ve never performed before, including a cover of Borderline by Madonna, His Last Painting from the 2001 album Know Your Enemy, and their song Blank Diary Entry. Originally recorded as a duet with Mark Lanegan on their latest album The Ultra Vivid Lament, the band dedicated the track to the former Screaming Trees singer, who passed away recently.

They were also joined on stage by Gwenno – whose mural is one the side of the Clwb Ifor Bach building – for a special performance of their song Spectators of Suicide, from the band’s 1992 album Generation Terrorists.

Speaking to Huw Stephens on 6 Music about playing in Clwb Ifor Bach, Manic Street Preachers bassist Nicky Wire said: “This is a first time experience for me, I’ve never been here before… In Cardiff I think we’re up to 12 different venues, from our first gig in Chapter, which is probably ‘88, 34, 35 years ago, right through to the Principality Stadium. But we never did this one – this is kind of sacred ground.”

Huw also spoke to Nicky about how the band used to busk outside St David’s Hall, one of the venues for the BBC Radio 6 Music Festival this weekend, and how that’s where the band’s name came from. Nicky said: “Someone said to James ‘you look like a Manic Street Preacher!’ Famously Steve Albini walked past us once and scowled at us, because we were doing lots of like June Brides songs. We told him this when we worked with him on Journal for Plague Lovers and he said ‘Yep, that sounds like me!’”

Having been introduced on stage by Huw Stephens, Manic Street Preachers blasted through their set, in which they played: