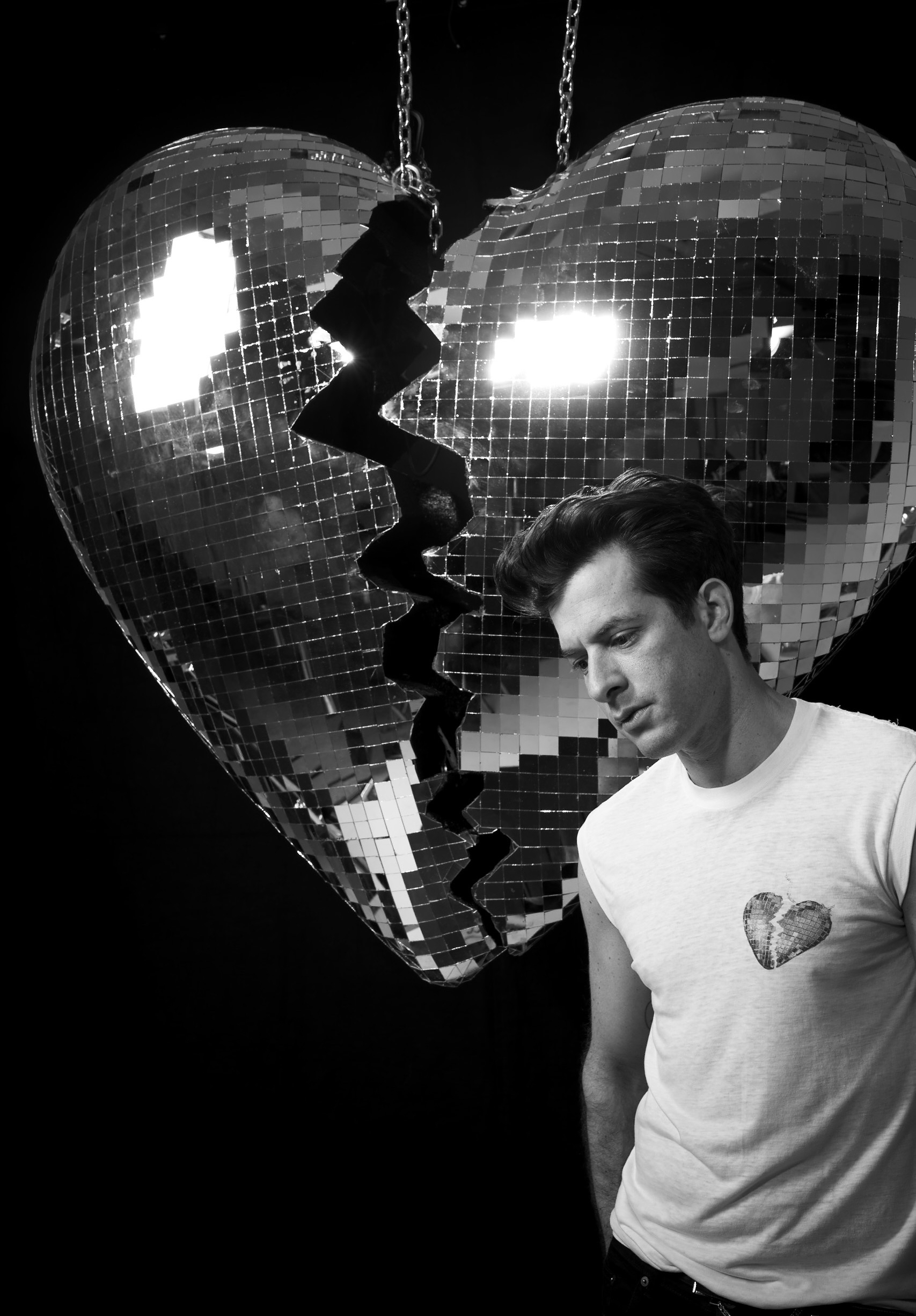 Mark has described this album as a collection of “sad bangers,” and the single, like much of the album, is emotionally complex and personal. “Late Night Feelings” feat. Lykke Li boasts an addictive chorus and was written by Mark Ronson, Ilsey Juber, Lykke Li and Stephen Kozmeniuk. The single was produced by Mark and co-produced by the Picard Brothers at Zelig Studios in LA.

‘The second single is a follow up to 2018’s global smash “Nothing Breaks Like A Heart” feat. Miley Cyrus, the platinum certified track has garnered 250 million streams worldwide and 100 million video views.

The new album comes after a landmark year for Ronson, winning an Academy Award, Golden Globe and Grammy Award for his work with Lady Gaga on “Shallow” from A Star Is Born.

Coinciding with the release of new music, Mark has been DJing at pop-up parties, dubbed Club Heartbreak, a reflection of the new music to come.

On album release Mark Ronson will make history by becoming the first artist to release his album on 5 iconic formats simultaneously. Late Night Feelings will be available on CD, vinyl, cassette, and limited editions of 8 track and mini disc – the latter two available only on Mark’s website. Visit http://ron.sn/store for all versions of Late Night Feelings.

Mark Ronson is an internationally renowned DJ and Academy-Award, seven-time-Grammy-Award-winning and Golden Globe-winning artist and producer.

Ronson spent the first eight years of his life growing up in London, England before moving with his family to New York City. Already a keen student of music, and a huge fan of hip hop, he was 16 when he first began creating mixtapes and trying his hand at DJing. That early passion set him on a path to music production, recording and songwriting that has resulted in a career highlighted by work on a multi Grammy-winning album by Amy Winehouse, as well as his own Grammy-winning, global smash hit with Bruno Mars, “Uptown Funk.” Along with releasing four successful albums under his own name, his resume includes production work for some of music’s biggest names, including Adele, Paul McCartney, Duran Duran and Lily Allen. More recently, he helmed Lady Gaga’s acclaimed fifth album, Joanne and Queens Of The Stone Age’s lauded Villains. This year he released a string of singles with Diplo under the name Silk City, including the current world wide hit “Electricity” with Dua Lipa, which earned him a Grammy Award for “Best Dance Recording” in 2019.

Most recently Mark collaborated with Miley Cyrus on the hit song, “Nothing Breaks Like A Heart,” the first single featured from Late Night Feelings set for release June 21st. Since its release in late November, the platinum certified single has garnered 250 million streams worldwide and 100 million video views.

He is currently based in Los Angeles where he operates his record label, Zelig Records, home to fast rising star King Princess. To date, Ronson has 1 Academy Award, 7 Grammy Awards, 2 Brit Awards, 1 Golden Globe Award and 1 MTV VMA Award to his name.