Mark Thomas is coming to Cardiff on the 21st February 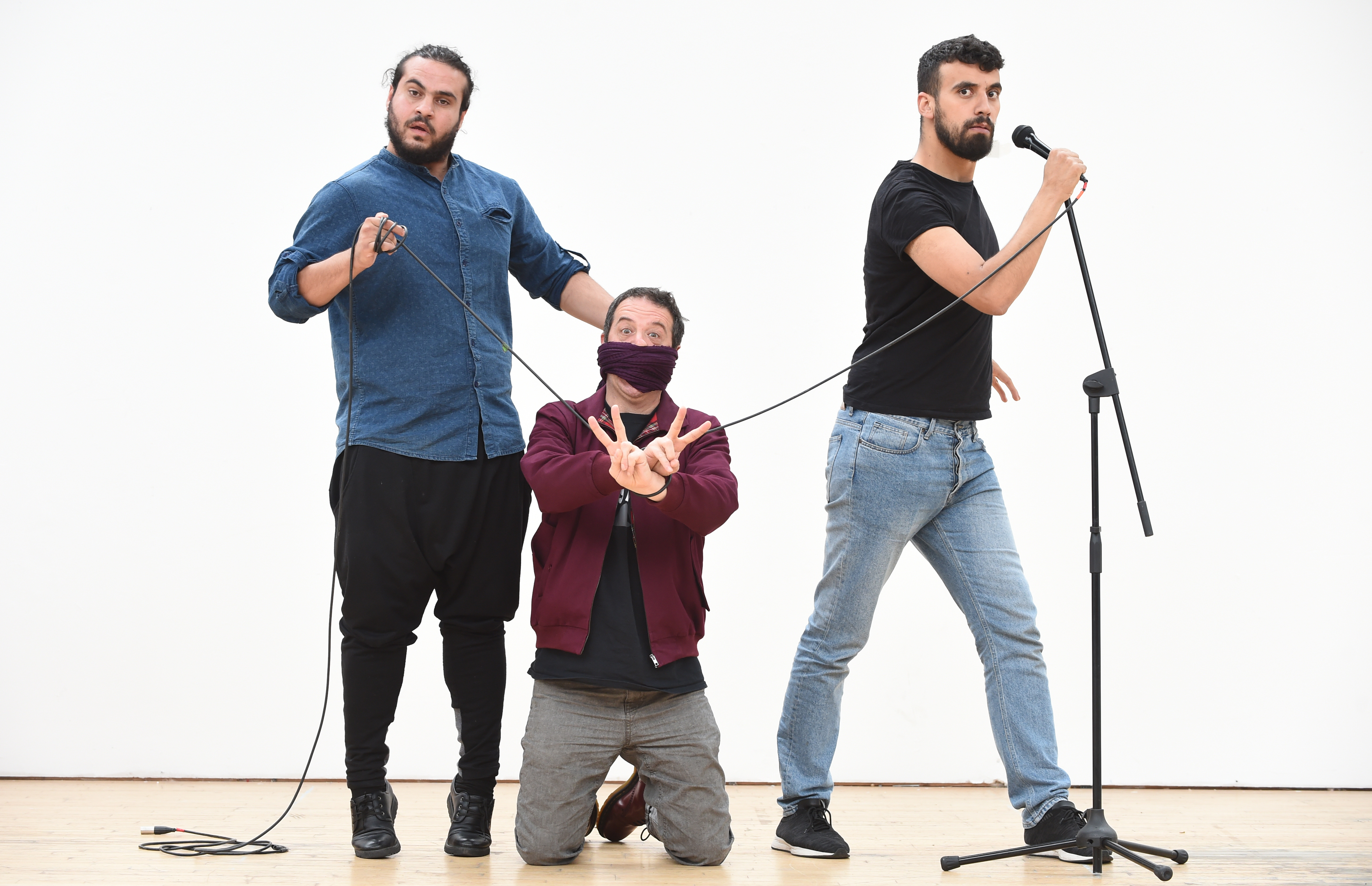 Dodging cultural and literal bullets, Israeli incursions and religion, Mark Thomas and his team set out to run a comedy club for two nights in the Palestinian city of Jenin. Only to find it’s not so simple to celebrate freedom of speech in a place with so little freedom.

Jenin refugee camp, home to Jenin Freedom Theatre and to people with a wealth of stories to tell. Mark tells this story alongside two of its actors and aspiring comics, Faisal Abualheja and Alaa Shehada. A story about being yourself in a place that wants to put you in a box.

With sell-out shows, non-stop awards, the highest critical acclaim, his own TV and radio shows, numerous documentaries, published books, Guinness World Records, influencing changes in the law, creating manifestos and exposing arms trade dealers, it’s no wonder that Mark is one of the UK’s most recognised performers and influential activists.

Marks’ book, Liar’s Quartet, is out via September Publishing.

PRESS ON A SHOW THAT GAMBLES ON THE FUTURE
★★★★ “As ever Thomas is quick on his feet” THE TELEGRAPH
★★★★ “An hour of cathartic entertainment” THE INDEPENDENT
★★★★ “Politically astute and very well-informed… thoughtful and intelligent… this is an interesting way of coming at a satirical show” BRITISH THEATRE GUIDE
★★★★ “Thomas proves to be an energetic and compelling raconteur which take the audience along with him” BROADWAYBABY
★★★★ ”A supremely convincing sermon…he has fabulous” THE SKINNY
★★★★ “We’re treated to the best kind of hilarious political rantings, underscored by some deeply moving memories” THE LIST
★★★★ “As brilliant as ever… an hour’s delightful, uproarious anarchy that left me feeling a lot more cheerful” SCOTS GAY
★★★★ “Had me cackling and laughing yet again” THE EDINBURGH REPORTER
“His passion and the sense of communion he brings are compelling” CHORTLE

To book your tickets visit: http://www.shermantheatre.co.uk/performance/comedy/mark-thomas-showtime-from-the-frontline/
or call the box office on: 029 2064 6900