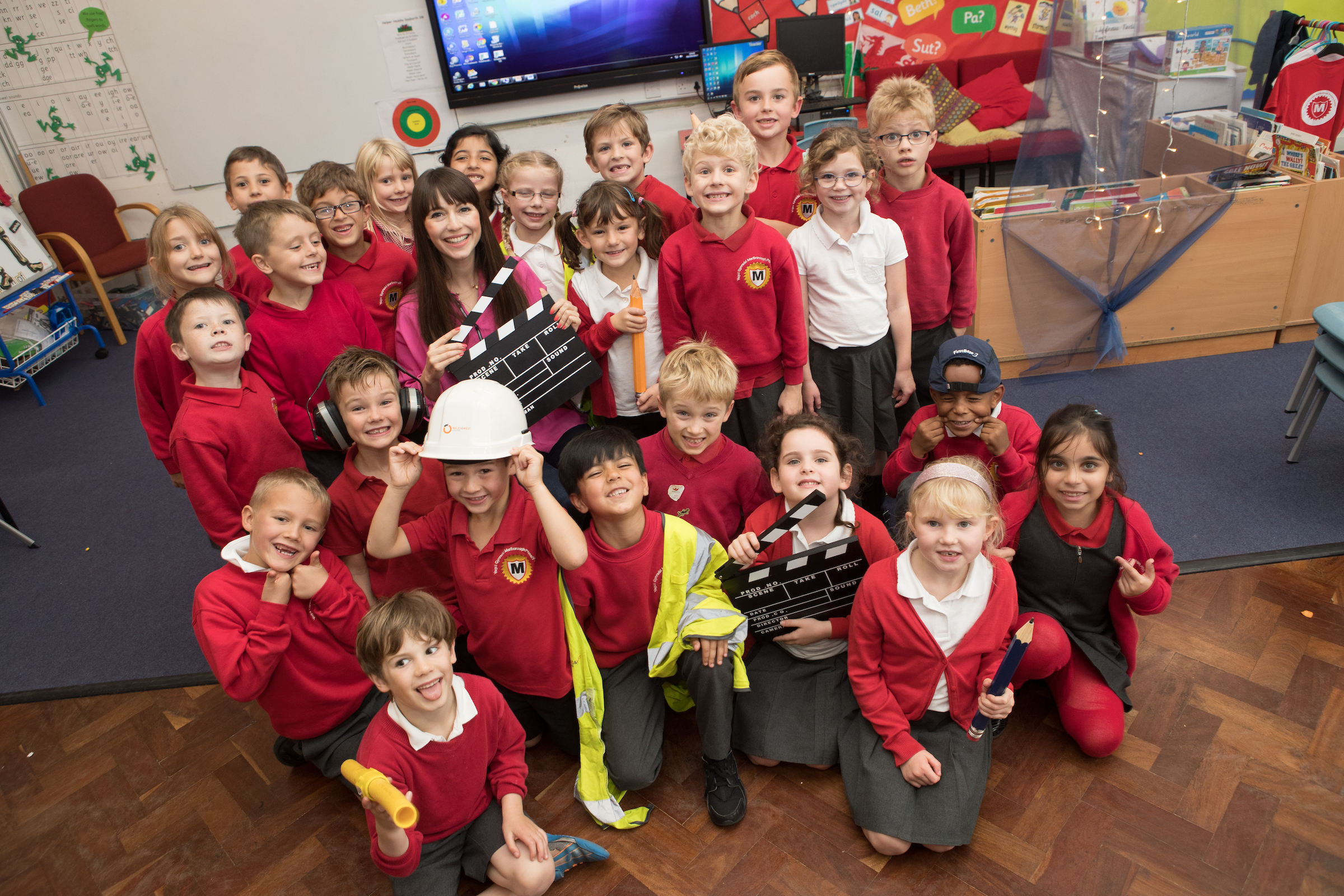 Year two pupils from Cardiff’s Marlborough Primary School have played a starring role in the launch of a national competition as children’s TV presenter Rebecca Keatley descended on their classroom.

Rebecca, who is famous for her role in CBeebies Let’s Play, teamed up with gas emergency and pipeline service, Wales & West Utilities, to launch Get Creative, Be Safe – a competition to raise awareness of the dangers of carbon monoxide (CO). As part of the launch activities she visited the school, along with Wales & West Utilities colleagues, to help give the 60 children insight into the dangers of CO poisoning and the tell-tale signs to look out for at home.

Get Creative, Be Safe is an annual competition which Wales & West Utilities runs across its region. Along with Rebecca, they are now urging youngsters in Key Stages 1 and 2 (ages 5 to 11), to put their artistic skills to good use and produce an eye-catching poster, poem, film or song, which is both informative and accurate, and warns of the dangers of CO poisoning and how to avoid them.

Pupils from Marlborough Primary were the first to enter this year’s competition after wasting no time in putting pen to paper and coming up with their designs to raise awareness of the dangers of CO –  known as the ‘silent killer’ because you can’t see it, smell it or taste it.

“Having Rebecca in our classroom was cool and we all learnt a lot about carbon monoxide and its dangers. After hearing from Wales & West Utilities about what we can do to protect ourselves at home, we all had a go at designing our posters which was really good fun!”

Presenter Rebecca, who is originally from Port Talbot, said:

“Children of this age have an abundance of creativity and we’re urging them to use their talents to have some fun in designing something that warns of the dangers carbon monoxide poses and help spread the vitally important safety message to their loved ones.

“There are some very talented children in the area and with some fantastic prizes to be won I’d urge young people to get involved!”

Entries should be sent to [email protected] and must be received by Friday 4 May 2018 and judging will take place by the end of May 2018.

Last year’s regional winners produced posters warning of the dangers of carbon monoxide, with one entry, which was declared as the national winner, producing an eye-catching film, all of which can be found here: www.wwutilities.co.uk/GetCreativeBeSafe.

“We had a fantastic response to the competition last year and want to receive even more entries this year.

Entries can be emailed to: C[email protected].

For more details on the competition please visit www.wwutilities.co.uk/GetCreativeBeSafe or email [email protected]

Wales & West Utilities, the gas emergency and pipeline service that serves Wales and the south west of England, puts customers at the heart of the business and is rated the top utility company in the UK for customer service. If anyone smells gas, thinks they have a gas leak, or suspects carbon monoxide poisoning, they should call us on 0800 111 999 and our engineers will be there to help, day or night.