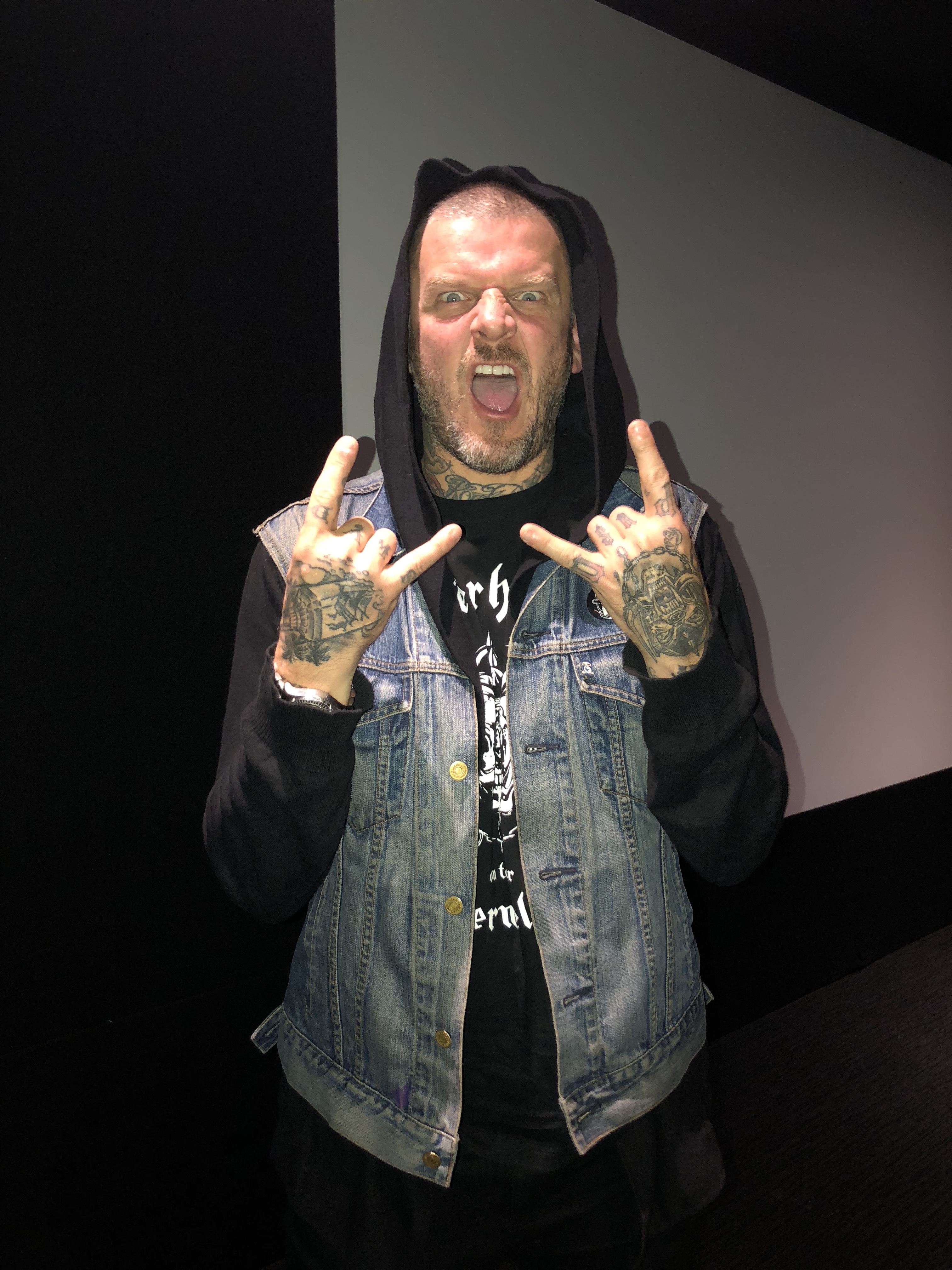 Matt Pritchard – he who was in Dirty Sanchez but now is in Dirty Vegan on BBC One Wales, he talks to Carl Marsh about veganism, innuendos and protein!

If I can ask about the initial idea for your cooking show Dirty Vegan, how did it all come about?

So, when I turned vegan three years ago, and I was a chef anyway as that is what I trained as before Dirty Sanchez and was what I did as soon as I left school. I had a bit of a bad experience in the job, so I just left and started window cleaning and stuff. Then I ended up going down the skateboarding route as a professional skateboarder, and then (Dirty) Sanchez happened, blah, blah, blah. Now it’s almost done a full circle, and as soon as I became vegan, and I’ve always been interested in cooking, I had to find another way of cooking my food. So I looked on Youtube as it was the culture to be putting cooking shows on there, but I couldn’t find anyone that was doing the kind of stuff that I’d like to do. I thought that there was a gap in the market and I made my own Youtube channel when I can do vegan cookery. I’m no professional, and I’ve always said that I’m not a chef, I’m a cook, I enjoy cooking. It took a lot of confidence because at the time I had lost a lot of confidence, and I just thought, let’s do it. So I asked two guys that I knew (James and Pete) if they were interested in doing a vegan cookery show for Youtube, and they were like “cool”, so we hired an Air BnB house, and I just started cooking. So that’s how it all started from there.

With this BBC show Dirty Vegan, it completely changed from how we set out to make it. So what you just saw – (screening of the first episode) – was not what we had started with when we commenced filming, believe me! When they realised I was better at just being me as initially, they wanted me to be somebody else, and they wanted something a bit more serious. Once they recognised that my humour works better, and I wasn’t good at revising my lines, so when they just let me be just me, it worked. So that is how we ended up with the show that we have.

I think as I got older, my eyes started opening to a lot of things, and not just veganism but life in general, so when you come out of that bubble of being ‘off your head forever’, you start waking up, and you say to yourself “hang on a minute”, you start looking at life. I got into endurance stuff, and I got to realise that a lot of endurance athletes are vegan, I did some research as I wondered why they were vegan, I would ask myself “why were all these marathon runners and endurance athletes vegan?” It then all started to make a little bit of sense after I read a few articles, and by being a lover of animals myself, I thought about why do we have a right to eat them. We don’t need to eat them because we can live off a plant-based diet. 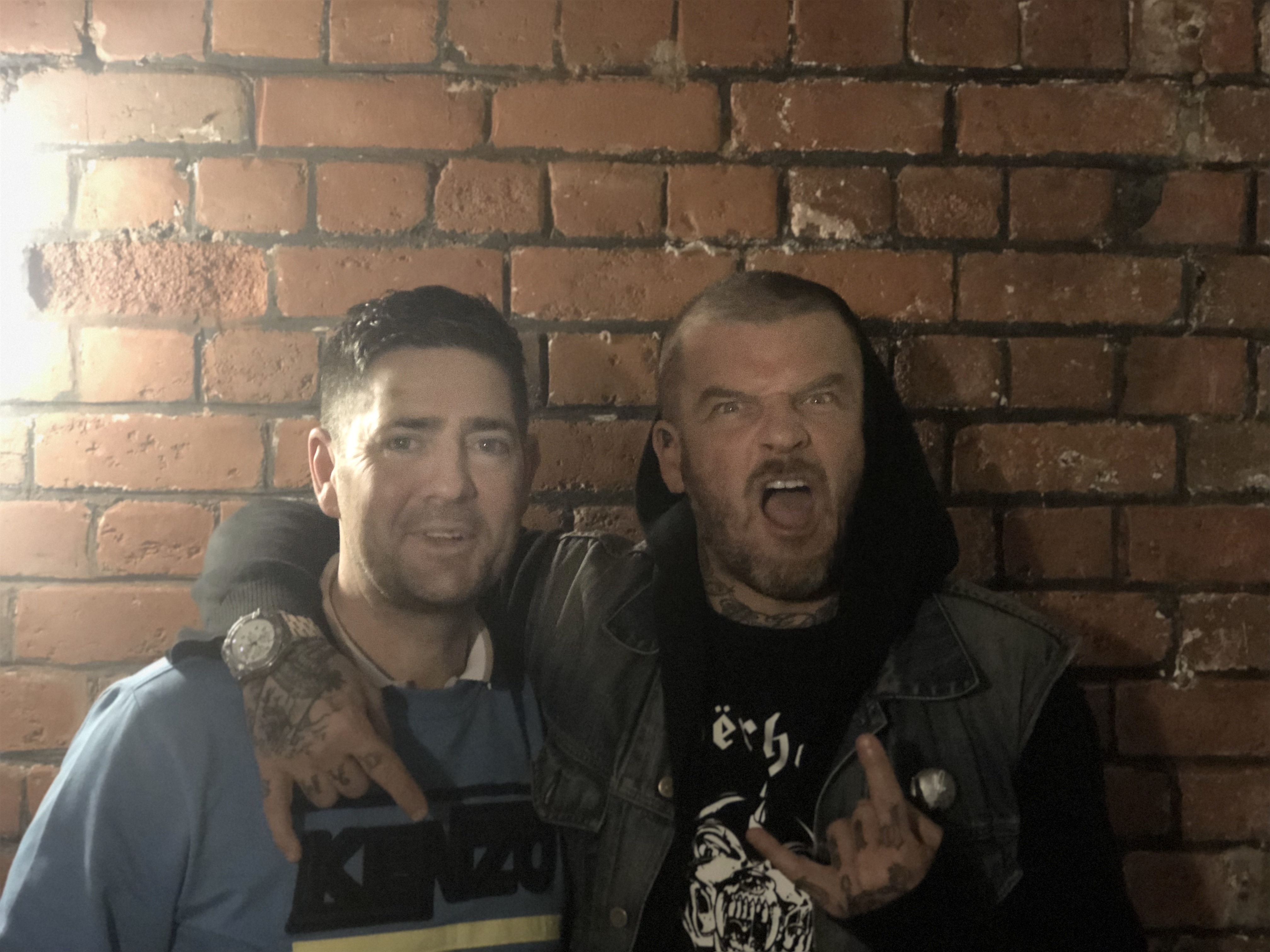 How nutritious is it though, as most people will think that you need protein from meat?

I get more protein from a plant-based diet than I could do from meat. I get more goodness from my plant-based protein; I get everything I need from a plant-based diet. We don’t need to kill animals; we have plenty of other types of food to eat these days. Look, if you like animals, then why would you kill an animal? I love my dog, but I’m not going to kill her. We are brought up to say that milk is for us but it’s not, it’s for calves, that is blatantly obvious and a fact, you can’t argue with that. And meat is…, meat is for…, nobody. I love animals, and I don’t think we have a right to take their lives. It’s only been in the last three years since I became vegan that it’s opened my eyes to the cruelty of factory farming, and the way people treat these animals, and it is sickening. People will view this cruelty happening in the news or on Youtube and will be sickened by it, but they will still go to the supermarket and buy the meat nicely packaged! If they had gone to the slaughterhouse and seen how that thing got wrapped, then they wouldn’t eat it!

A lot of people that will be watching your show Dirty Vegan may be thinking it’s all fancy and something to trial out a new style of cooking and eating, but without saying the word ‘hypercritical’, they will still no doubt eat meat.

The aim behind the show was not to make it preachy, (just) make it fun, make it educational rather than make it the last thing that people want by preaching to them. If you make it fun, people will, and fingers crossed, look into it a bit more and change their minds about veganism.

The first show is funny. I’ve never laughed so much when watching a cookery programme before, and the innuendos!

Mate, wait till you see the rest of it! The whole aim behind the show was to make a cookery show that was entirely different to the norm. It was changing the rules of cookery. I said something, and I’m not going to say what it is, and Luke the series producer said it had got the green light from the BBC, I said “What! From the BBC?” and they said “Yep” and I just thought to myself “Oh my god!”.

Were they throwing all these innuendos at you then?

No, not really but I know it took a lot of takes to get the filming right due to the laughing that was going on! But the good thing about is it’s like the ‘Carry On’ films; it’s bringing the innuendo stuff back as it disappeared from our screens for a long time. Kids won’t understand it but the adults will. There were plenty of sexual innuendos all over the place in the ‘Carry On’ films, and there are plenty in this show.