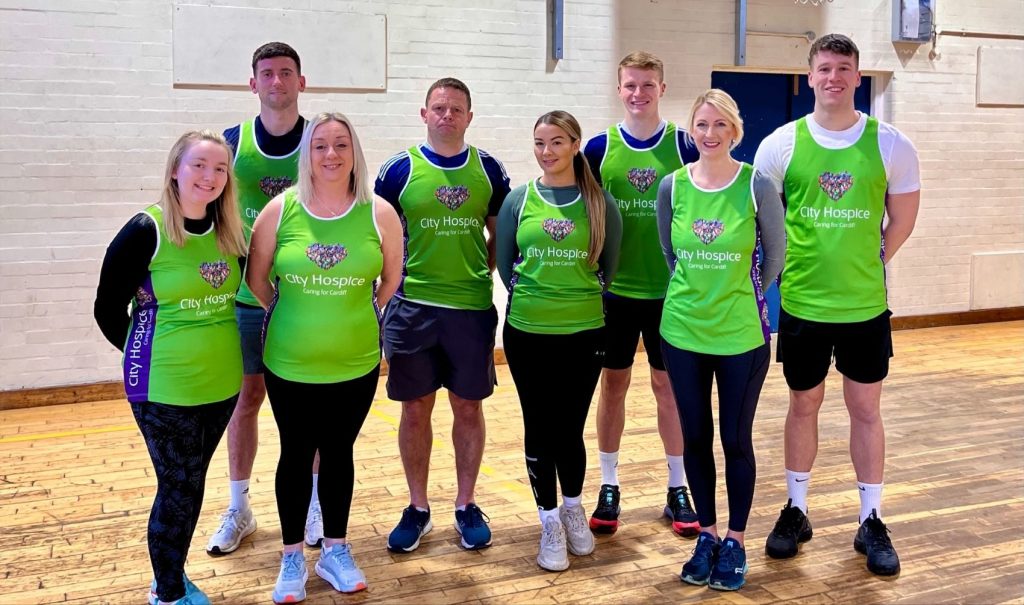 A team of staff and alumni from Llanishen High School will be running the Cardiff Half Marathon in aid of City Hospice, Cardiff’s local hospice, on March 27.

Eight staff and 12 alumni will be taking part in the event and aim to raise £6,000 for the charity which is the only provider of home-based specialist palliative care in the capital.

City Hospice provides care for patients with terminal or life limiting illnesses, in addition to essential counselling and support services for its patients’ families.

The team will be spurred on by the memories of loved ones as they complete the 13.1 mile course around the city. There will be an added layer of poignancy for some as the race falls on Mother’s Day this year.

Julie Purbrick, Head of Wellbeing at Llanishen High School, will be running in memory of two much-loved mothers and grandmothers in her life: her mam Ann Bartlett and sister Jacqui Walsh.

Mother of five Ann was sadly diagnosed with lung cancer in 2016. Her daughter Jacqui, Julie’s sister, became ill with leukaemia in 2020. Both Ann and Julie were cared for by the same City Hospice nurses during their time in the care of the charity.

Julie said: “The nurses who cared for them both were absolutely fantastic. We were very lucky to have the care of City Hospice. From medication to equipment, they put everything in place and were always able to help, nothing was ever too much trouble.”

City Hospice has continued to look after Julie and her family after Ann and Jacqui had passed.

Julie continued: “I have benefitted hugely from the charity’s counselling and reflexology services personally and the wider family has been supported by their bereavement service for which we are so grateful.”

As well as running with members of the school community, the Cardiff Half Marathon will be a family affair for Julie as her daughter Kaytee Purbrick, a teaching assistant at Llanishen High School, will run alongside her.

Julie added: “Running the Cardiff Half this year is extra special because of the day it falls on: Mother’s Day. I’m so glad to have my daughter Kaytee run by my side as we remember and celebrate the lives of my mam and sister who were such loving mothers and grandmothers. Like mother, like daughter, both mam and Jacqui were strong until the end, and we will take inspiration from their strength to complete the race together.

“We’re also delighted to be running with our colleagues and alumni from Llanishen High School. From the LHS to Patagonia challenge last year to Cardiff Half Marathon, it’s been incredible to see the school community come together to support City Hospice, our charity of the year.”

For further information or to donate, visit: https://www.justgiving.com/fundraising/llanishen-high-school