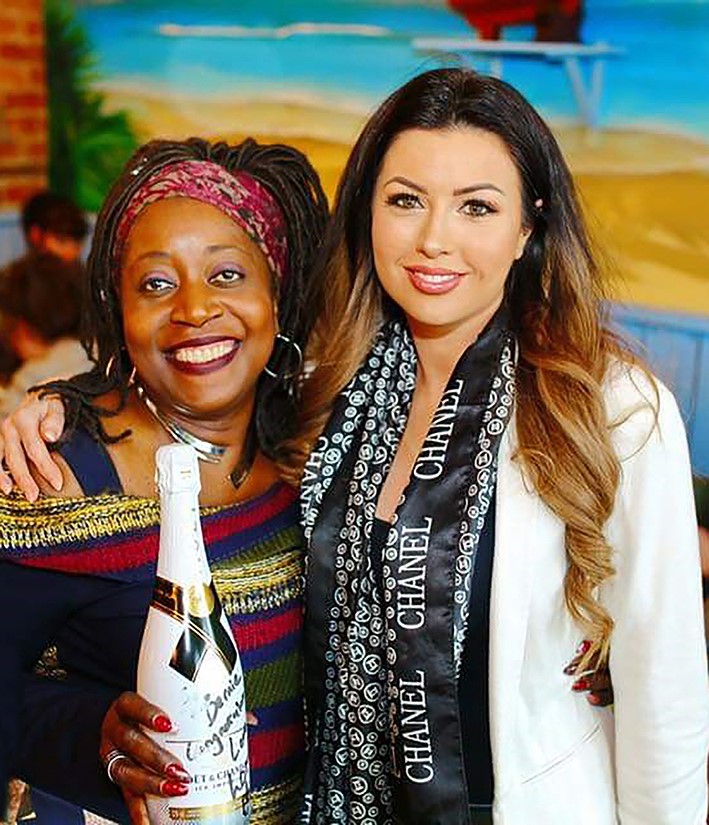 A mum and businesswoman has told how her daughter’s virtual birthday party inspired her to launch a fundraising event for the NHS where families dress up at home to raise money for the healthcare service.

Bernie Davies, the Franchise Director of Introbiz Swansea and West Wales, has partnered with Swansea Building Society to launch #DressForNHS on Thursday May 7, 2020.  Lora Mua, TV personality, model and the current Mrs Wales, has become an ambassador for the initiative and has pledged the first £50.

Families are invited to pay £10 per household and dress up as their favourite superhero or simply dress to impress. They should prepare a meal or snacks with drinks and play a series of trivia games which will be provided in a Quiz Pack by the event organisers.

They can then upload their photos and videos to the event’s social media sites and each quiz winner will be entered into a prize draw afterwards to win a prize to be unveiled on the night.

The event will start at 8pm with the weekly National Clap for The NHS with the fun then scheduled to begin at 8:15pm.

Bernie Davies, from  Neath, said she was inspired to launch the event after being involved in her daughter’s birthday party on April 6. Barri-Allison’s family held a ‘Zoom’ virtual birthday quiz night with siblings and relatives from as far afield as Cardiff, London and Jamaica participating. That motivated her to be a part of the answer to the difficult circumstances the region is facing.

“My daughter said it was the best birthday she has had in many years and I was inspired to use this experience to help other families to have a similar occasion and simultaneously honour and financially support the NHS,” Bernie said.

“The advent of Covid-19 poses an almost insurmountable challenge to the UK and in particular to our NHS…we want to help.”

Jane Parker, Branch Manager of Swansea Building Society, Swansea, added: “Bernie and I are not by any means naive enough to think we can change the way things are at the moment, but we believe we can make a difference in our region, in some small way.”

Bernie’s husband Mark Davies added: “Our NHS staff are super heroes. We would like to reinforce this by hosting a fund raising event in the form of a night where every household in our region stops to eat together, play together and #DressForNHS!”

Where: In Your Home:
▪ Dress to Impress: Dress up as your favourite Super hero or Dress to Impress
▪ Have food of choice, drinks and decorate in theme of choice
▪ Host a family Quiz Night using the same set of games which have now been tailored to the fund raising cause by Introbiz Swansea and West Wales (these will be forwarded to each participating household)

▪Upload photos and videos to social media and the designated #DressForNHS Facebook page
▪Send a photo of your Quiz winner with their full name to be entered into a prize draw after the event.
▪Pay £10 per household to participate. All proceeds go to the National Health Service.

We are asking everyone who is able, to support this cause by promoting it, getting involved and donating.

All funds will be collected and distributed by Swansea Building Society.