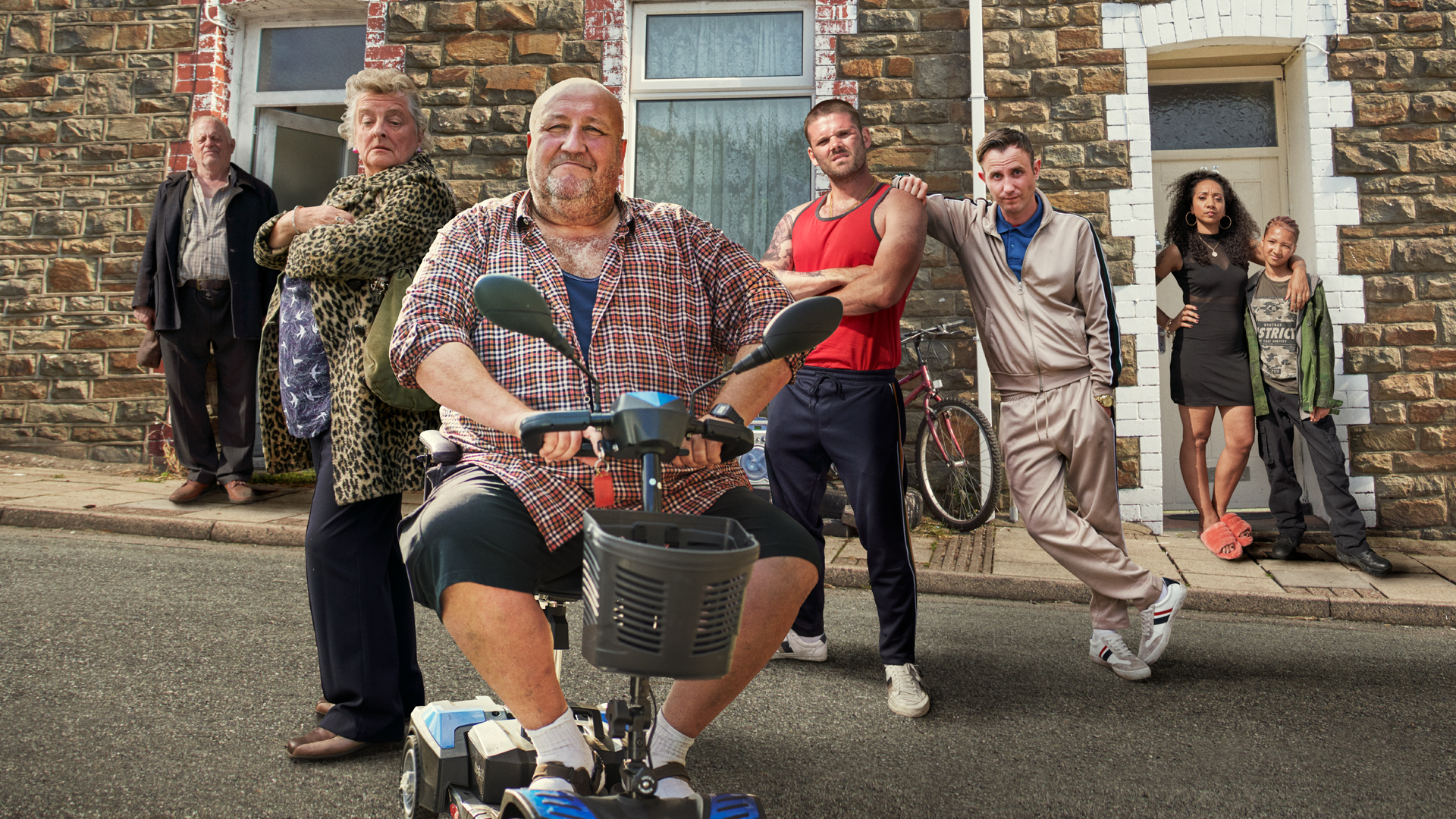 The Tuckers is a brand new sit-com series (6×30) for BBC One Wales. Set in the Welsh valleys, it’s written and stars Steve Speirs. The series follows the fortunes of the Tucker family, a close-knit, extended family of ‘loveable rogues’ who earn their living in a number of ways – and sometimes on the wrong side of the law.

The Tuckers was originally commissioned as a 30-minute pilot as part of BBC Cymru Wales’ first ever comedy season, the ‘Festival of Funny” in 2018. Produced with BBC Cymru Wales development funding, it was part of the new wave of investment in comedy.

Money is tight, their tempers are short and a brush with the local constabulary is never too far away.

The series examines the love/hate relationship between members of the clan, ultimately proving that blood is thicker than water. Woe betide anyone who gets on the wrong side of the Tuckers!

The Tuckers is a BBC Studios comedy production for BBC One Wales, directed by Ian Fitzgibbon produced by Owen Bell. The series was commissioned by Commissioning Editor Paul Forde and Executive Producer, Steven Canny of BBC Cymru Wales.

The comedy series continues on BBC One Wales on Friday 17th January at 9.30pm.