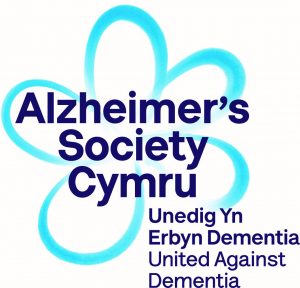 The story at the heart of a new BBC One prime-time drama, Care, which aired yesterday evening at 9pm, is too often the stark reality for countless people at the mercy of a broken social care system, just like Megan Jones, a mum of three from Carmarthen.

The powerful drama – inspired by the real life experiences of scriptwriting legend Jimmy McGovern’s fellow writer Gillian Juckes – follows single mother Jenny (Sheridan Smith), suddenly thrown into caring for her mother who develops dementia after a stroke, alongside her children, and holding down a job.

The storyline lays bare what is a very stark reality for many people as Jenny fights to navigate the system to access vital care for her parent, played by Alison Steadman.

Alzheimer’s Society has commended McGovern for casting a light on an invisible group of people sacrificing their careers, relationships, health and wellbeing to care for loved ones with dementia.

The Society is pleased that the programme highlights the difficulty of accessing NHS Continuing Healthcare (NHS CHC) for people with dementia. The adult care package is arranged and funded solely by the NHS. This can be a lifeline, but because funding support is awarded depending on whether a person’s primary need is a health need, and dementia is classed as a social care need, NHS CHC is very hard for people affected by dementia to access.

Alzheimer’s Society has heard of people with dementia being denied NHS CHC even when they are at the last stages of their life, unable to eat, drink or move and has repeatedly called to reform the system.

Megan Jones, from Carmarthen is one person who can relate all too keenly to the BBC One drama, as well as the difficulty of accessing the right care packages.

Megan said: “The show got it spot on – I had a very similar experience caring for my mum. I cared for her at home for many years, but as soon as she went into an ambulance after breaking a bone in her pelvis she became a different person. In hospital she took a real dive and hospital staff couldn’t wait to get rid of her.

“My mum was refused Continuing Healthcare because they said there wasn’t enough evidence that she was losing weight. It was shocking. At the end she was so weak that she could hardly hold up her hand. She was wasting away in front of us. We did appeal and got it approved, but she died the next day. Hopefully we will be able to back date the nursing costs.”

“My mum worked for the NHS for many years, she had so much respect for doctors and nurses. The NHS failed her. The system is broken for people like us.”

There are currently 45,000 people living with dementia in Wales. Alzheimer’s Society provides a range of support services to help people come to terms with their dementia diagnosis, navigate the health and care system and stay connected to their communities.

Alzheimer’s Society’s Dementia Connect service provides practical advice and information for anyone affected by dementia. You can contact their dementia experts by phone, email, online or face-to-face. A Side by Side service also matches people with dementia with dedicated volunteers, enabling them to keep doing the things they love.

The charity hopes the one-off drama will give fresh momentum to its Fix Dementia Care campaign to ensure that people with dementia get the care and support they need. It is calling on people to back the campaign, and ensure an increasingly Brexit-focused government turns its attentions to an issue affecting scores of the 850,000 people living with dementia, and their families.

McGovern, known for having a finger on the national pulse, praised Smith for bringing so much humanity to her role as Jenny, saying: “Caring costs her job, her personal life and this is a reality for many families affected by dementia.

“I don’t see myself as a political writer, I just put people on screen with ordinary, everyday problems. If British politics ever gets back to normal there needs to be a national conversation about care for older people. It’s a question that has to be addressed.”

“While our politicians are distracted with Brexit, real-life ‘Jennys’ have been forgotten by our government. They are making huge financial and emotional sacrifices, and struggling to navigate the system to get support.  We consistently hear stories like those shared by Megan and in the BBC’s Care. We are so pleased that the BBC has chosen to highlight this hidden injustice so powerfully.

“Two thirds of people using homecare and 70% of people in care homes have dementia, so the social care crisis is a dementia crisis. By 2055, the number of people with dementia across Wales is projected to increase to over 100,000 – it’s our biggest health and care challenge – and unless the Government takes urgent action, the system will completely collapse, abandoning people who are already desperate.”

Decades of political inaction has left people with dementia enduring inadequate care and crippling costs. Alzheimer’s Society is campaigning to Fix Dementia Care – and we call on Mark Drakeford to be bold in implementing his manifesto promises to explore a new way of funding social care and ensure that the needs of carers are fully met to help those like Megan and alleviate the issues raised in Care.

To Fix Dementia Care, the cost of extra care charges must be covered by the state with a Dementia Fund, all health and social care workers must be given the training they need to deliver quality dementia care and everyone with dementia should have a care navigator to ensure timely, preventative and integrated support. Unite with us to make change happen. Join the Fix Dementia Care campaign. Head to www.alzheimers.org.uk or call 0300 222 11 22 for more information.