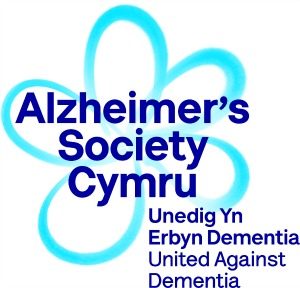 Cruse will deliver the Bereaved by Dementia project which focuses on addressing the bereavement needs of people with dementia who have lost a loved one (or carer), and people ‘bereaved’ by someone with dementia.  The service was launched today at the Senedd by Lynne Neagle AM, Chair of the Cross-Party Group on Dementia and is funded by Welsh Government’s Sustainable Social Services Third Sector Grant 2016-2019.

Lynne Neagle, AM for Torfaen and Chair of the Cross-Party Group on Dementia in the National Assembly, kindly sponsored the service launch event.  She said, “I am delighted to recognise the support Cruse Bereavement Care and Alzheimer’s Society Cymru are providing to help people with dementia through the bereavement process.  The Bereaved by Dementia project is an excellent example of successful partnership working making a real difference for people affected by dementia and those close to them.”

Working in collaboration, Cruse Cymru and Alzheimer’s Society Cymru have developed a training module which increases awareness of staff supporting a person with dementia following a bereavement, and their family member’s or carer.  The training has already been delivered to over 250 people in cross-sector settings including care homes (one third of people living with dementia live in a care home), hospices and hospitals and social care settings.

Janette Bourne, director for Cruse Wales said, “As lead partner, Cruse is delighted to work with Alzheimer’s Society Cymru on this ground breaking initiative.  The aim of the service is to deliver a successful model of working, which incorporates raising awareness of how bereavement affects older people’s mental and physical health.  It will also improve access to support for bereaved older people, encourage self-help and peer support in order to reduce loneliness and social isolation, and help safeguard and promote long term mental and physical health.”

Cruse and  Alzheimer’s Society Cymru have jointly designed, developed and will now deliver a Bereavement Support & Dementia Awareness training module in cross-sector settings such as care homes, hospices and hospitals and  other health and social care settings.  In addition to the training module, a resource pack has been developed ‘Bereavement, loss and dementia’ which is available online https://www.cruse.org.uk/wales/dementia
To date and ahead of schedule, the bereaved by dementia project has made it possible for Cruse bereavement Care Cymru to recruit and train 126 new volunteers to support bereaved people across Wales with dementia.

Sue Phelps, Country Director of Alzheimer’s Society Cymru added; “People with dementia, and those close to them, can experience bereavement at different stages from diagnosis through to a person’s death, and beyond. It’s so important that appropriate support is available and accessible to help people cope with such a complex and emotional experience and that is why we’ve partnered with Cruse to deliver the Bereaved by dementia project; to raise awareness and train staff in how to address the issues faced by people affected by dementia during such a difficult time.” The project’s focus will be on increasing and improving access to bereavement support from Cruse; jointly raising awareness of bereavement when the person had dementia and the impact of this kind of grief.  It also looks at developing awareness raising training sessions and information specifically for a person bereaved by a loved one with dementia and those with dementia being bereaved.

Maxine Norrish project manager from Cruse Bereavement Care said; “This partnership has been an exciting opportunity to develop the work of both organisations in order to address the bereavement needs of this particularly vulnerable group of people and raise awareness of how to access the support Cruse Bereavement Care Cymru provide.”