A book festival backed by award-winning writers and leading figures in Welsh public life has launched a crowdfunding campaign to bring a three-day festival aimed at promoting reading, writing and debate to the Welsh capital for the first time this autumn (28-30th October 2016).

It comes in the year the city celebrates the centenary of its most famous literary son, Roald Dahl.

Organisers Brian Meechan, Cerith Mathias and Anna Day are aiming to raise £5,000 via Indiegogo, a crowdfunding platform which allows supporters to make contributions in return for a range of experiences including signed books, Roald Dahl walking tours, masterclasses with award-winning authors including Rachel Trezise and workshops with publishers and agents on how budding writers can get into print.

While the city does host the successful annual Cardiff Children’s Literature Festival and this year has a series of events celebrating the life and work of Dahl, during Roald Dahl 100, it does not have its own book festival.

The three founders already have the support of Cardiff University, Literature Wales and City of Cardiff Council, as well as award-winning writers such as Rachel Trezise and Jonathan Edwards and leading figures from a range of areas of Welsh life including the BBC broadcaster Huw Edwards.

The organisers are working on a diverse and inclusive programme featuring talks and debates from high profile figures on topics ranging from poetry to politics, crime writing to children’s events, fiction to feminism and the Welsh language to walking tours.

Meechan, a well-known journalist, said: “I’ve attended and chaired book festivals all across the UK, from Edinburgh and Glasgow to Hay, and had always wondered why Cardiff didn’t have an equivalent.  The city is such a cultural hotspot that it seemed like a huge missed opportunity. If you keep asking why something doesn’t exist, you have to do something

“I’d been talking with Cerith Mathias (fellow journalist and contributing editor to the Wales Arts Review) about it for a long time, but the words have turned to action by joining forces with Anna Day.  Anna is an old friend who set up and has grown the Dundee Literary Festival for the past decade, taking the best writers in the world to a city less than half the size of Cardiff.

“We have a real ambition to establish this event in Cardiff’s cultural calendar but need the support of the public and businesses to get the first one off the ground.  Edinburgh started in 1983 with a similarly sized programme and is now one of the biggest events in the world, attracting over 220,000 people of all ages to over 700 events.  If you have that ambition, you can do it.  We believe that Cardiff can.” 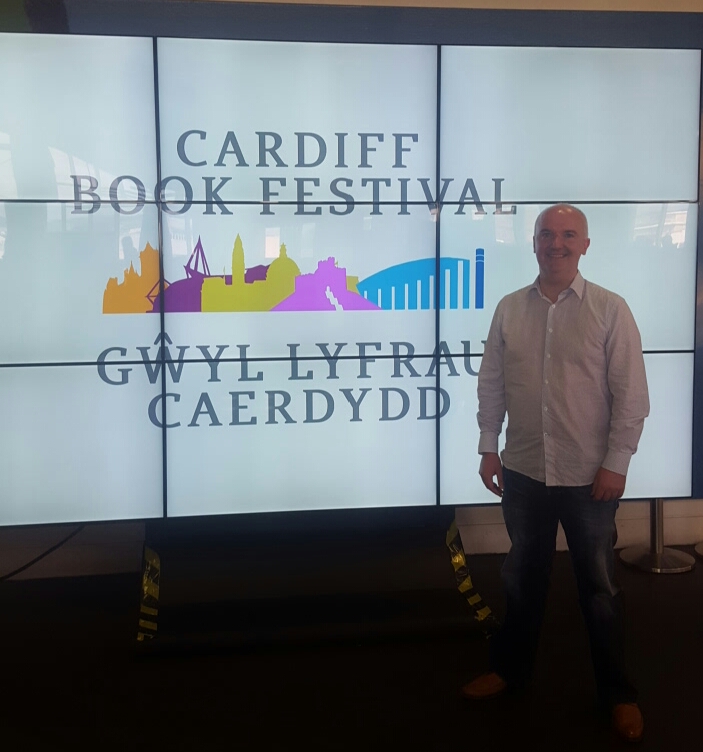 BBC broadcaster and anchor of the channel’s News at Ten, Huw Edwards, said “This is an exciting new event for Cardiff and Wales. It can only enrich the life or our nation – and will of course be hugely enjoyable.”

Rachel Trezise, the Dylan Thomas Prize award-winning author of ‘Fresh Apples’ and the National Theatre Wales show ‘Tonypandemonium’ said: “As capital of Wales, Cardiff needs its own book festival dedicated to the wealth and diversity of the country’s literature.  Almost every other capital city in Europe hosts its own book festival.  Why not Cardiff?”

Jonathan Edwards, the Newport-born, Cross Keys-raised poet who won the Costa Poetry Prize 2014 said: “A literary festival for Cardiff would be a truly wonderful thing, for the city and for Wales as a whole.  Cardiff is such a culturally vibrant and cosmopolitan city- the perfect place to showcase and celebrate the electrifying diversity and richness of where Welsh writing is now.”

Chief Executive of Literature Wales, Lleucu Siencyn, said: “Book festivals are brilliant platforms for promoting the best writers and for exchanging ideas. Cardiff is a vibrant, inclusive and cultural city, and I’m sure this event will succeed in bringing people of all backgrounds together to share their love of the written word.”

City of Cardiff Council Cabinet Member for Community Development, Co-operatives and Social Enterprise, Cllr Peter Bradbury, said: “I’ve met the festival organisers and their passion for establishing this event is clear. It’s fantastic to hear about their plans. We already have the highly successful annual Children’s Literature Festival but in this Roald Dahl centenary year, we are happy to support and welcome another event to promote literature and encourage reading in the city.”

Full details on the crowdfunding campaign can be found at

and further detail on the festival at http://www.cardiffbookfestival.co.uk/