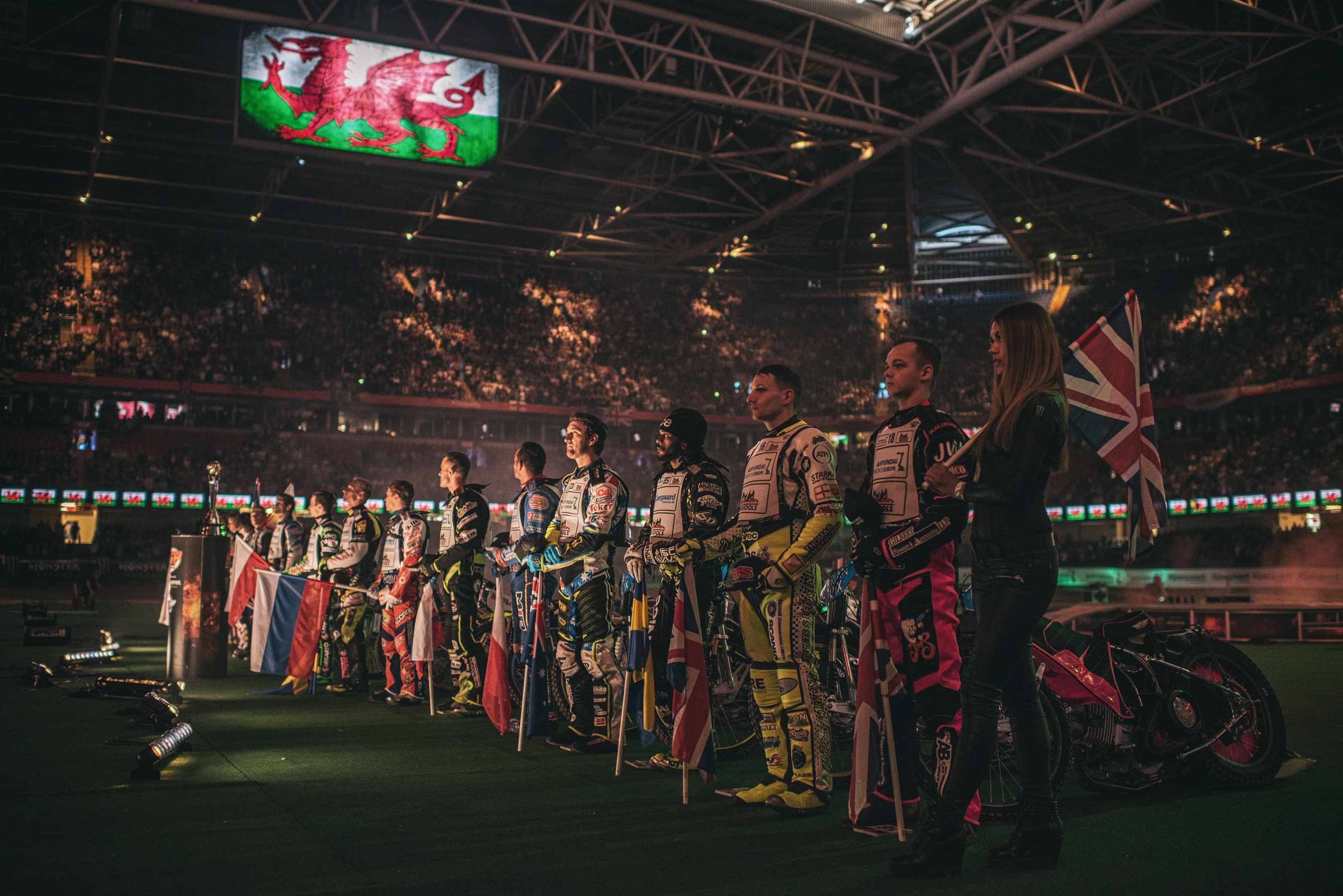 With less than 100 days to go until the high-octane 2019 Adrian Flux British FIM Speedway Grand Prix (SGP) returns to Cardiff for its 19th year, new event details have been revealed.

The biggest event of the speedway calendar will take place on Saturday 21st September at the Principality Stadium with ticket prices starting at only £20.

The electrifying event for the whole family will see the world’s best speedway riders race against each other at speeds that can exceed 120kmph on 500cc bikes with a single fixed gear and no brakes.

As well as world-class racing, a dedicated Fanzone at City Hall Lawn will provide an action-packed day of entertainment for all the family featuring live performances from special guests, autograph sessions with the SGP riders, a range of food and drink stalls and more.

As the longest-standing third party event at the stadium, SGP has become the must-attend event in Cardiff with thousands expected to attend this year and watch the world’s best riders compete.  The famous rugby stadium will be transformed into a world-class speedway venue for the night as 3,500 tonnes of dirt are specially imported to create the unique track.

15 riders representing nine different nations will battle it out for World Championship points, with reigning champion and Great Britain rider Tai Woffinden hoping to retain his title on home soil.

Riders will compete over 23 heats; for each heat four riders will complete four laps of the track on bikes that run on methanol – an environmentally-friendly fuel. Points are awarded to riders at the end of each Grand Prix meeting, with the rider who has the most points at the end of the Series being crowned World Champion.

A range of tickets for the event are available, starting at just £20, with discounts available for families. There are also several hospitality packages available which include the opportunity to exclusively visit the pits.

Paul Bellamy, Senior Vice President of IMG Motorsports, said: “Cardiff is an iconic city for world-class events and since we hosted our first SGP meeting here in 2001, the atmosphere has got more exciting year on year and we’re sure this year will be better again.

“Speedway is one of only a few sporting events that offer multiple heats of exhilarating entertainment for the whole family, and you don’t need an extensive knowledge of motorsport to enjoy the event.

“With it now being the 19th year we’ve hosted our most-anticipated event of the series in Cardiff, the city really has become renowned within the sport and we can’t wait to be back in September.”

More details are to follow on the event, but the entertainment includes the official opening ceremony. The event begins at 5 pm and, depending on racing, will end around 8 pm with a closing ceremony that includes a trophy presentation, victory laps and an indoor firework display. The dedicated Fanzone will be at Cardiff City Hall Lawn from 11 am until 3:30 pm, with more details on the free entertainment being announced in due course.

For more information about Speedway and to purchase tickets visit http://bit.ly/2WMJVEl