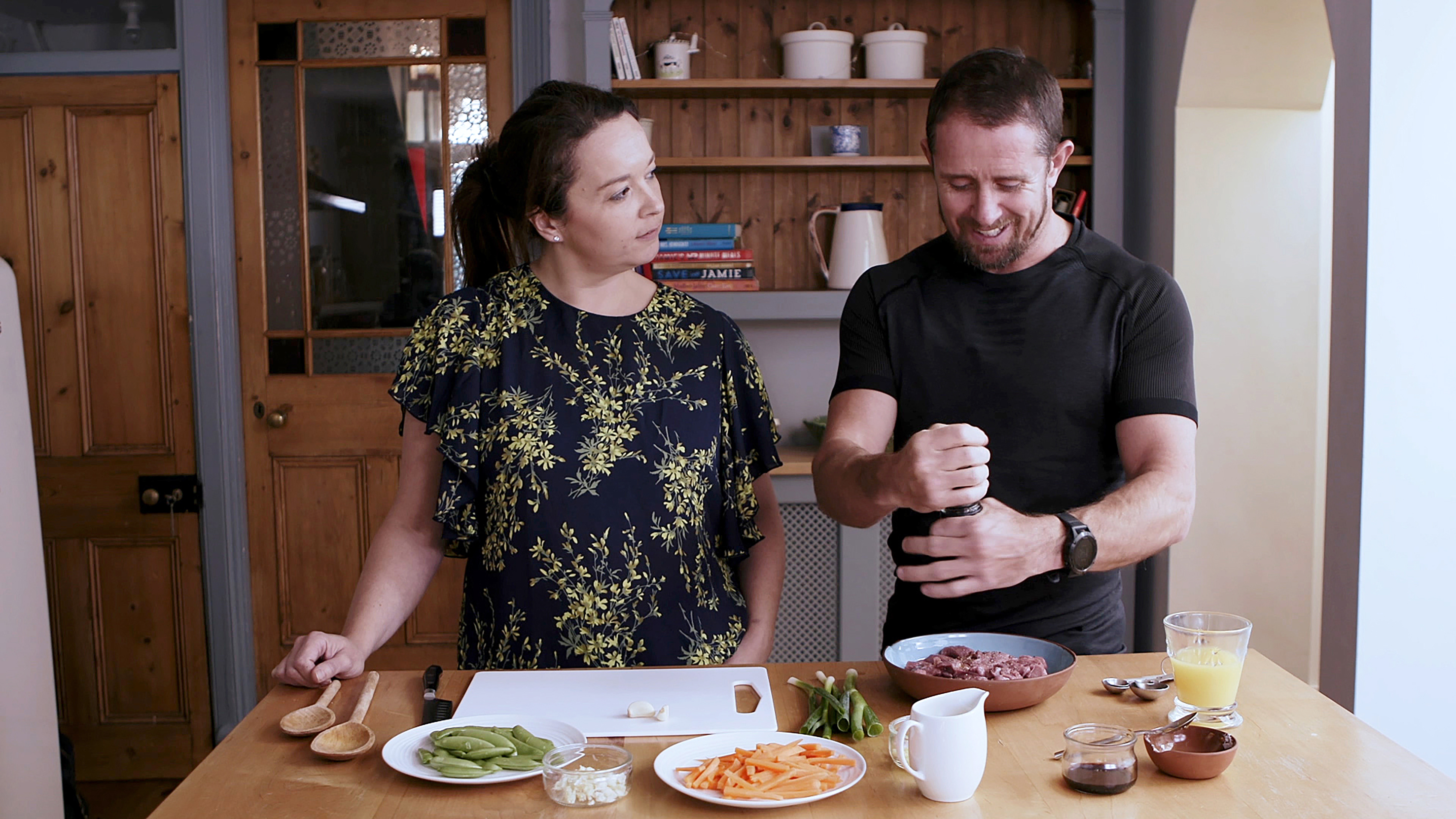 A high-profile new campaign aimed at inspiring people about the role of lean red meat in a healthy diet has been launched today by Great Britain’s three red meat organisations.

The campaign from the joint-funded programme by the Agriculture and Horticulture Development Board (AHDB), Hybu Cig Cymru (HCC) – Meat Promotion Wales and Quality Meat Scotland (QMS), has launched across England, Wales and Scotland this week.

The collective initiative also aims to counter misinformation on the role of red meat in a balanced diet and to help support better understanding of the facts about the nutritional value of red meat.

The campaign, which is intended to appeal to younger audiences, has a social media focus and will highlight the nutritional value, ease and versatility of lean red meat in line with approved health claims, and the opportunity to enjoy more midweek meat meals.

Key health messages are communicated by the celebrities whilst cooking up three healthy red meat dishes with an unsuspecting member of the public.

To extend the campaign reach further, a nutrition factsheet has been developed for distribution to healthcare professionals.

Consumer insights, which helped inform the creative behind the campaign, show that a proportion of young people are limiting their red meat intake and are not aware of the positive role that red meat can play in the diet.

Christine Watts, AHDB Chief Communications and Market Development Officer, said: “This campaign is a great example of what can be achieved when the three organisations work together on behalf of levy payers across Great Britain. Angellica, Thom and Shane are excellent advocates for the role of red meat in a healthy balanced diet and we anticipate seeing positive engagement from consumers.”

Gwyn Howells, Chief Executive of HCC, said: “We have a good story to tell on the positive role that lamb, beef and pork can play in a healthy balanced diet, supplying a wide range of essential nutrients. We’re pleased to be working together with our colleagues in Scotland and England on this campaign, and with leading sports personalities who can underline the value of red meat for people with an active lifestyle.”

Alan Clarke, Chief Executive of Quality Meat Scotland (QMS), said: “More than ever, it is essential that the important role red meat plays in a healthy, balanced diet is communicated accurately.”

“Working with AHDB and HCC on this project means we can collectively tackle some of the misinformation currently available in the public arena around lean red meat.”

This activity is funded by the £2 million fund of AHDB red meat levies ring-fenced for collaborative projects which is managed by the three GB meat levy bodies – AHDB, HCC and QMS.

The ring-fenced fund is an interim arrangement while a long-term solution is sought on the issue of levies being collected at point of slaughter in England, for animals which have been reared in Scotland or Wales.

You can view the videos for HCC here, QMS here and AHDH here.