We’re delighted today to confirm that the public have again voted us the most welcoming theatre in Wales.

Part of the annual UK Theatre Awards, Most Welcoming Theatre is an opportunity for audiences across the country to celebrate their local theatres. 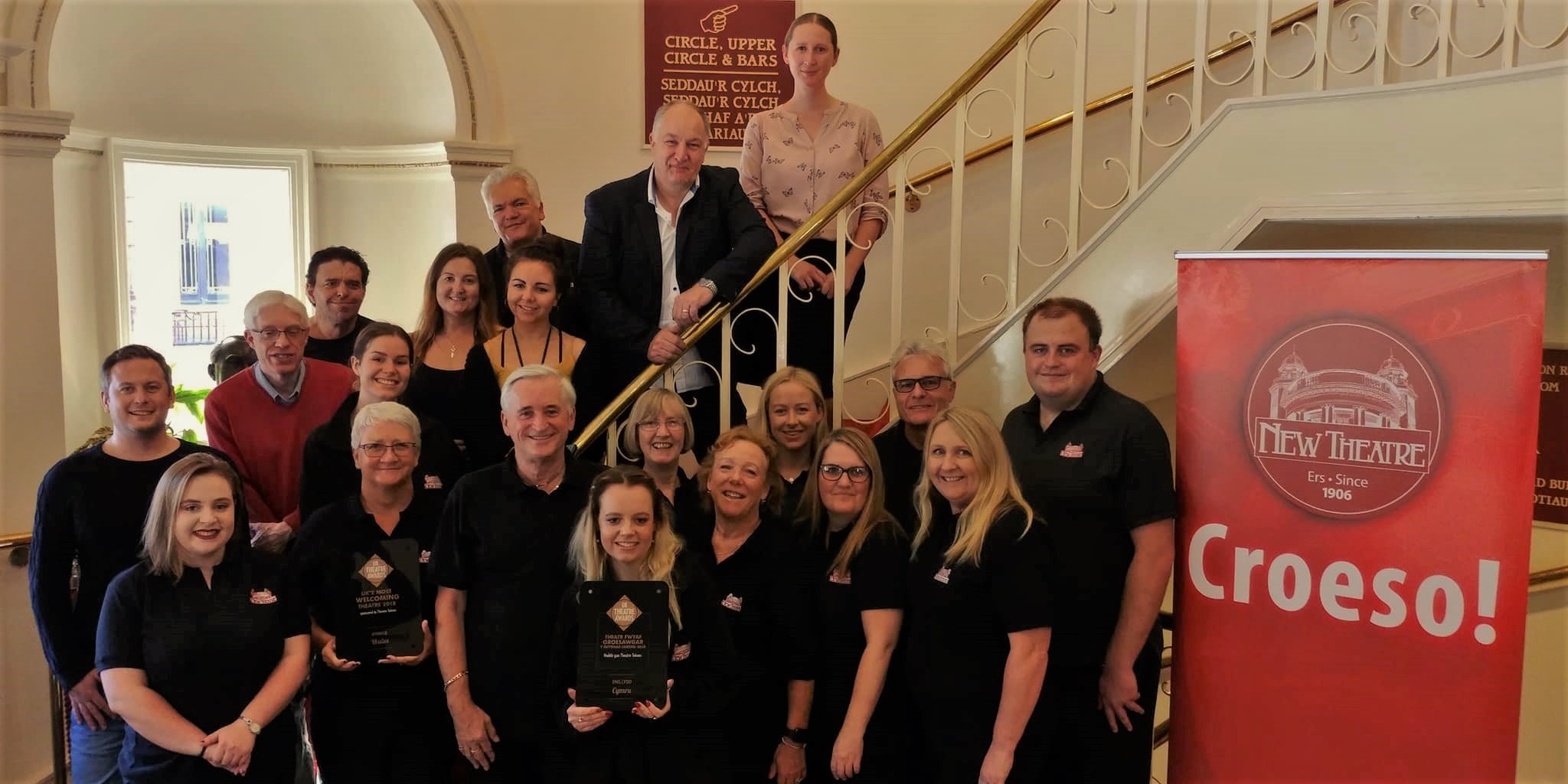 Cassie Chadderton, Head of UK Theatre, said: “It is fantastic to see a record-breaking number of people all over the country casting votes in support of their local theatres this year. This award is a chance to recognise the importance of theatres as valuable cultural hubs, and the loyalty they can inspire by creating a fantastic audience experience – from friendly front-of-house service to engaging outreach projects and imaginative, entertaining programming.”

Reacting to the news,  Councillor Pete Bradbury congratulated the New saying: “It’s an incredible achievement to win such a prestigious award once, let alone twice given the high calibre of competition in Wales. The award is particularly meaningful as it’s based on a public vote and is recognition of the value Cardiff people place on the New, and of the consistently high level of experience the team delivers. It’s another great example of how we deliver Capital Ambition in many areas of the Council’s operations and my thanks goes to everyone at the New, both staff and volunteers, on behalf of the whole Council.”

Grant McFarlane, General Manager praised the team saying: “This is a real testament to the quality and consistency of the work carried out by our teams both front and back-of-house, for whom I have great pride.”

All the regional and national winners are now through to the UK Theatre Awards on Sunday 14th October at London’s Guildhall, where an overall UK winner will be announced.

The New Theatre has just recently announced its packed line-up up for the next six months which includes stellar international performances including Murder For Two, the off-Broadway hit comedy musical; David Mamet’s Glengarry Glen Ross which comes direct from the West End; a return by the Royal Shakespeare Company after more than a decade with Romeo and Juliet, and Northern Ballet’s new biopic Victoria. Full details and tickets are available from the Box Office on (029) 2087 8889 and newtheatrecardiff.co.uk.