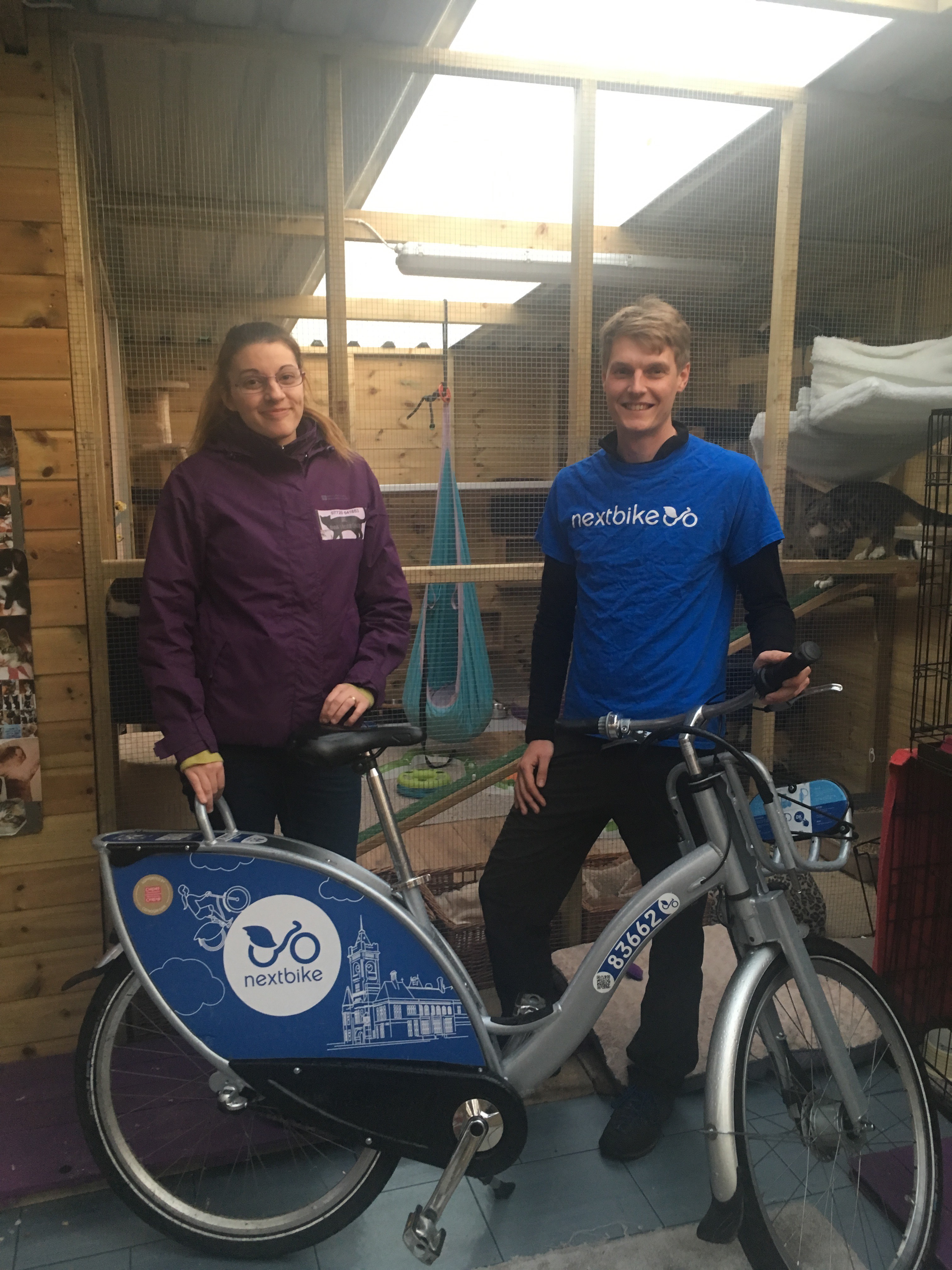 nextbike, Cardiff’s bike share scheme, will support three local charities throughout December after they won a public vote to be part of its festive cash giveaway in the city.

nextbike is offering a half-price annual subscription to anyone who signs up to the scheme in the month of December, meaning a year’s cycling will cost just £30 instead of the usual £60.

And because Christmas is the time for giving, nextbike is donating £15 to charity from every subscription purchased as part of its nextbike For Charity campaign.

On 1st December, nextbike will be promoting a special discount code on its social media channels that will enable the user half price membership, and ensure £15 goes to the charity of their choice.

It recently asked members of the public to nominate the charity they would like to see the cash go to. The three Cardiff charities were among the four UK charities to receive the most nominations and will receive the cash donation in the New Year.

Anna Mason, from ARC, said, “We are thrilled to have been chosen for the campaign. Now we can help more abandoned animals in South Wales. There is a huge demand for our services. We rescued over 2,000 animals last year.

“We are in the process of buying more traps and huts to help with a huge colony of cats in three key areas of Cardiff. The money will help give them a much higher quality of life.”

Cardiff’s bike-share scheme, run in partnership with nextbike, has 500 bikes across 50 stations. Over 100,000 journeys have been clocked up in the city since the scheme was launched in March.

nextbikes are available 24 hours a day and users can register and hire bikes in just a couple of minutes. The cycle-share scheme is one of the cheapest ways to get around Cardiff, with fees starting from as little as 16p per day.

nextbike managing director, Julian Scriven, said: “We’re passionate about inclusion and making a real difference to the communities within which we operate, so the nextbike For Charity campaign seemed like a great idea. Cardiff has really taken the scheme to its heart and we wanted a way of saying thank you.

“It’s a brilliant offer for anyone taking out a new annual subscription, but best of all, they will be making a difference to a local charity too.

“Each of the three charities does amazing work and we’re delighted they were successful. We’re looking forward to helping these local charities continue their great work.”

First launched in Bath in 2014 and also operating in Glagow, Milton Keynes, Exeter, Belfast, Surrey and the University of Warwick, nextbike has grown to become one of the most integrated modes of transport for users across the country.