NITRO WORLD GAMES DELIVERS HIGH-ADRENALINE CONTESTS TO THOUSANDS IN UTAH AS CARDIFF PREPARES TO WELCOME THE GAMES IN 2020.

AND KEVIN HANSEN TOPS THE PODIUM AT NITRO RALLYCROSS

NITRO WORLD GAMES RETURNS NEXT MAY WITH 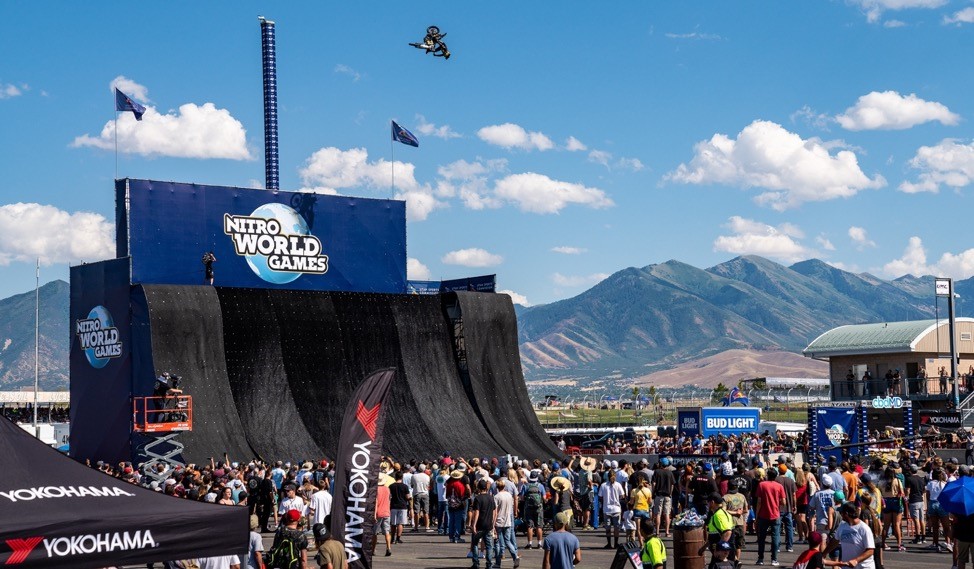 Salt Lake City, UT – Fans packed Utah Motorsports Campus on Saturday, 17 August to watch the action at Nitro World Games unfold. Things kicked off with ten of the world’s best FMX athletes lining up to take on FMX Best Trick. Launching off a 15-foot ramp, riders had one goal in mind, to throw the biggest and best trick possible. The competition ramped up quickly as Davi Johnson pulled out a world’s first trick – an FMX Decade, a trick typically seen in BMX – that bumped him into the first-place position. Josh Sheehan was up next and threw a flawless No Handed double backflip which took the first-place spot from Johnson. Last, but certainly not least in the ten-rider lineup, was 2018 FMX Best Trick Champion Pat Bowden. Bowden had his eyes on the prize and threw an unbelievable Christ Air front flip, earning him the top spot for the second year in a row. While Sheehan undoubtedly preferred first place, his second-place finish meant that the Australian FMX star earned a spot on the Nitro World Games podium for the fourth year running. 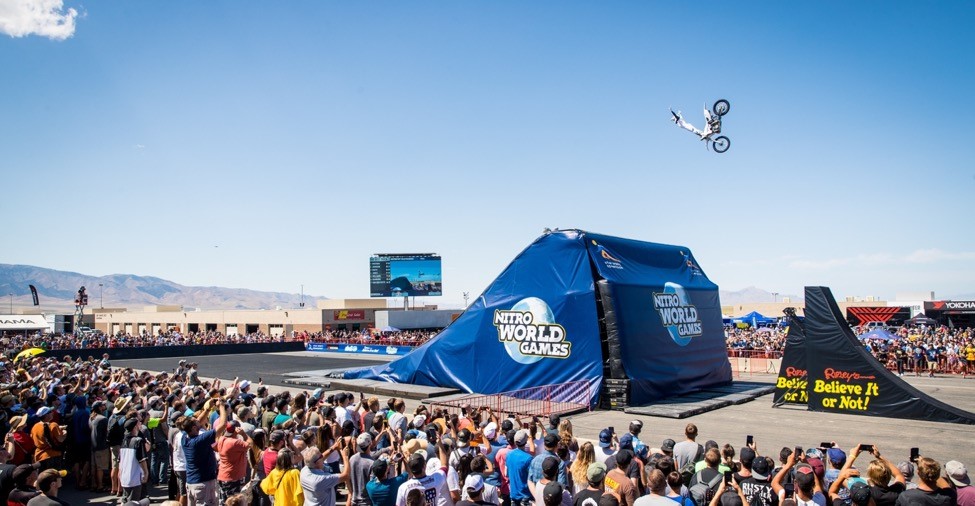 Shortly after FMX Best Trick one of the most anticipated events of the year was up: Nitro World Games Moto Quarterpipe, a gigantic mechanical quarterpipe that stands 32-feet high and launches riders over 70-feet from the ground. The field started with six riders but was soon whittled down to three notable athletes: 2018 Moto Quarterpipe Champion Colby Raha, Australia’s Corey Creed, and fan favorite Tyler Bereman. Bereman definitely held his own making it into the final three, but Raha and Creed were sending it to the moon with both aiming to set a new world record. In the end Corey Creed was victorious, launching a record-breaking 45-feet, 7-inches off the deck in the final round. 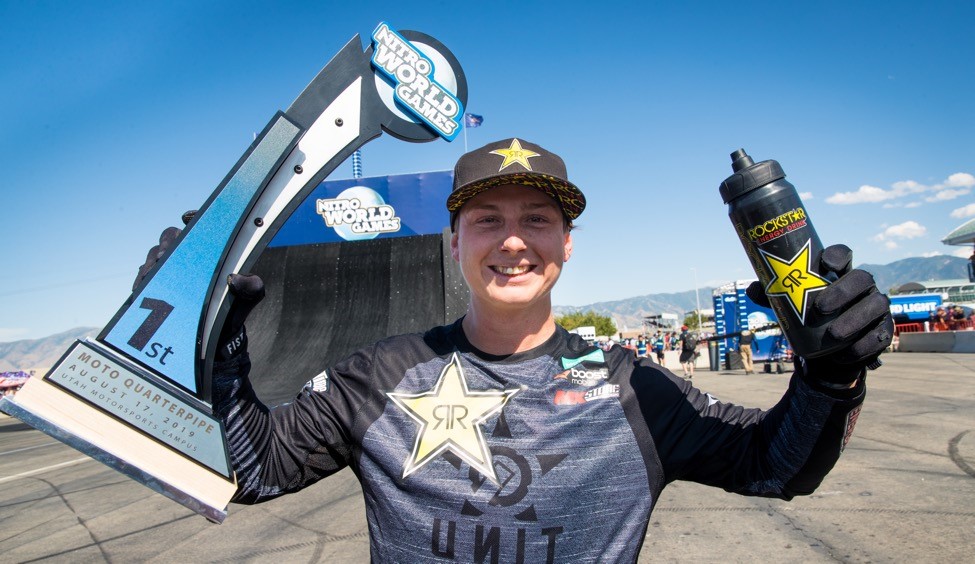 In Nitro Rallycross the championship round was set with six drivers on the grid. Patrik Sandell, Kevin Hansen, Travis Pastrana, Timmy Hansen, Ken Block, and Tanner Foust were all hungry for the win. Coming out of the first turn the drivers were packed up and three took the 120-foot jump while the other three took the table creating a picture-perfect moment. After six laps of trading paint, massive airs, and necessary joker laps Kevin Hansen crossed the finish line first with Patrik Sandell and brother Timmy Hansen close behind, resulting in a Swedish sweep. 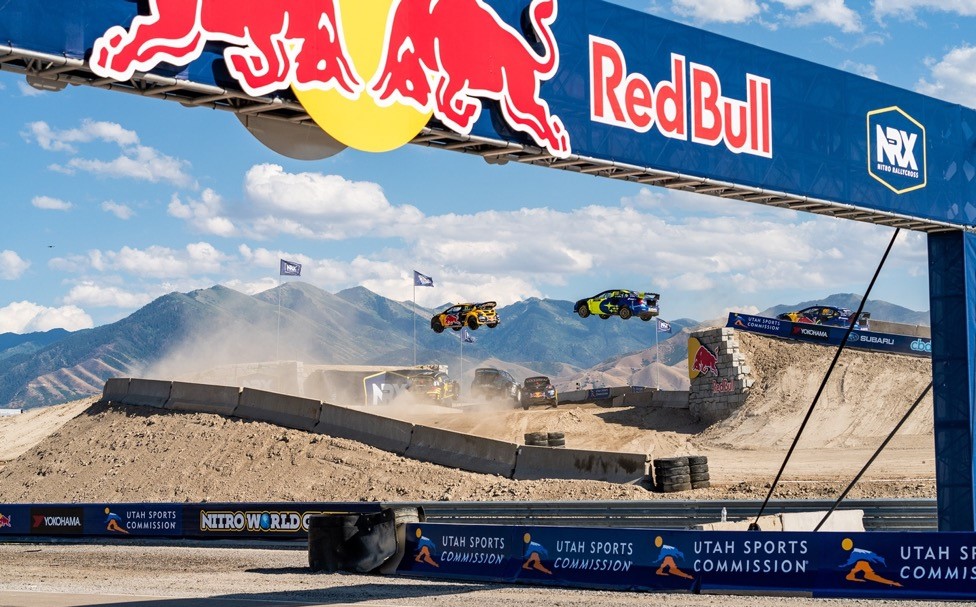 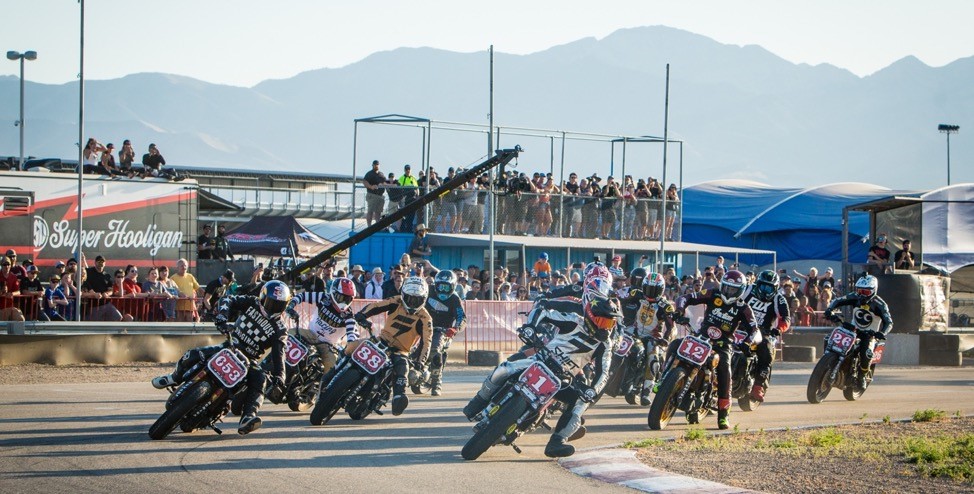 Next up is Nitro World Games – Wales 2020, as the world’s preeminent action sports competition expands outside of the U.S. for the first time. Coming to iconic Principality Stadium in Cardiff, Wales, more than 100 of the best athletes in freestyle motocross (FMX), BMX, skate and freestyle scooter will face off over Bank Holiday Weekend on the 23rd and 24th of May. Tickets packages, which start at just 45 Pounds for the entire weekend, are available now at nitroworldgames.com (final ticket prices also include additional charges and fees).