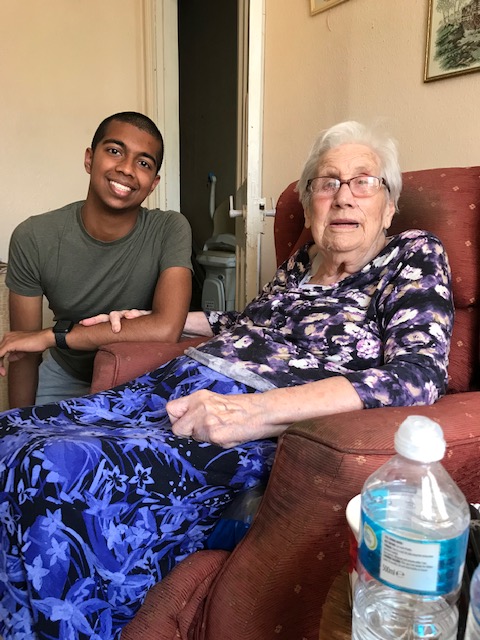 Nominations for the inaugural Older Person’s Awards organised by Age Connects Wales are now open! Members of the public have until midnight this Friday, 22nd October, to submit their nominations to ensure an older person they know can be recognised for going that extra mile. The six Age Connects charities across Wales are urging you to join them in celebrating the achievements of older people living in our communities. In categories including Later Life Hero and Ageing Well Award, there will be 6 regional winners in 5 categories going forward to the awards night. The final decision will be made by an independent judging panel with each winner receiving a prize and trophy.

The winners will be announced in November during a streamed one-hour award event hosted by former Welsh rugby union player, journalist and commentator Eddie Butler.

One of the judges, the Older People’s Commissioner, Helena Herklots commented, “It is essential that older people in Wales know and feel that they are valued members of society and these Awards are a great way to make sure that older people’s voices are heard, and achievements celebrated. Recognising and raising awareness of the vital contributions older people make to society every day brings us one step closer to a Wales where older people are valued, rights are upheld, and no one is left behind.”

Speaking on behalf of Age Connects Wales, Dean Richards stressed how important it is that people get involved and nominate! “Here at Age Connects Wales we want to shout about all the amazing achievements of older people living in Wales and ensure they receive the recognition they deserve. We are calling upon everyone to put forward their wonderful stories of local heroes in their communities so we can share these and highlight the many ways older people contribute to their families and communities”.

All Age Connects Wales organisations would also like to say a big thank you to the Award sponsors, who share our passion to recognise those who have made a difference in our local communities. Thank you to Action for Elders, Home Instead UK, OES Office Equipment Systems Ltd and Retirement Butler.