North meets South as the Alarm host a midsummer gathering at The Great Hall, Cardiff! 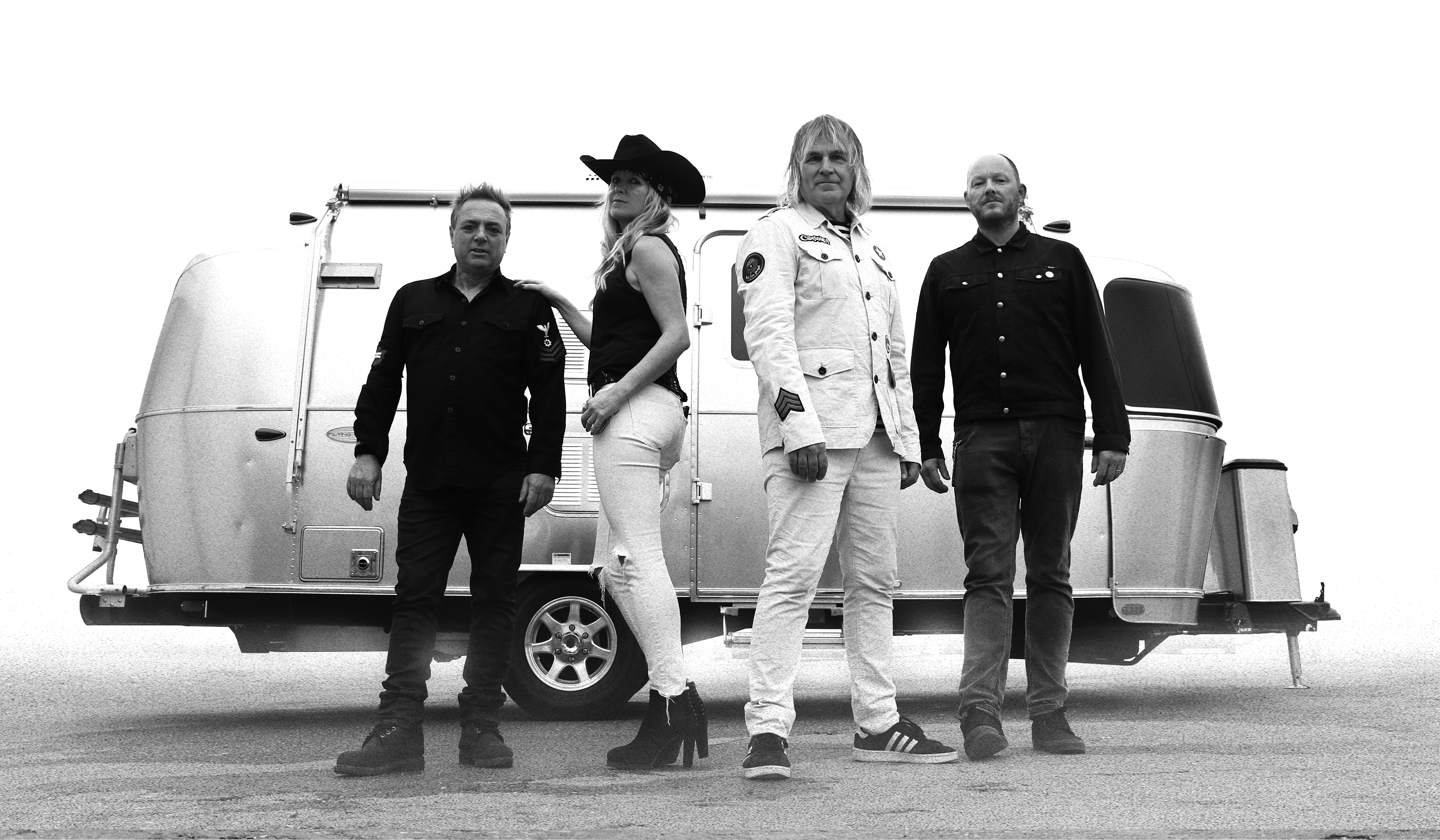 Cardiff University was home tonight to The Alarm’s Midsummer Gathering. The atmosphere was friendly, casual and electric as fans gathered from all over the country, as The Alarm treated Cardiff to the awe-inspiring experience that is a gathering.

The Alarm who initially formed in 1977 as punk-rock band ‘The Toilets’ have been entertaining us with their unique brand of rock since shooting to fame in the 1980’s.  The Band who are from Rhyl host annual gatherings: The gatherings are usually held in Llandudno, but after branching out and hosting a gathering in New York the decision was made to host a midsummer gathering in Cardiff.

The Gathering commenced with an intimate premiere of the Feature length film The White Count, which is an emotional and inspiring roller-coaster ride, documenting Jules Peter’s battle with breast cancer.  Jules Peters plays keyboard in the band and is the wife of front-man Mike Peters. The film includes footage from their charity ventures such as climbing Mount Snowdonia, as well as documenting Mike Peter’s battle with leukemia and behind the scenes footage of the bands creative process while working on the stigma album. The film combines the private life of the inspiring Peter’s family and the band’s work processes, which is perfect given that the line between the Peter’s personal life and the Band is flawlessly blurred giving us a film that is real, raw, emotional and insightful. The film also containing clips of interviews from celebrity friends such as Bono from U2. Following the screening there was a Q&A session with the band hosted by the delightful Gareth Jones that demonstrated the amazing friendship between the band members with Smiley (Drummer) commenting on how close his friendship with Jules is.

The band was in very high spirits following the tribute that The Killers had played to them the night before at Cardiff Castle whilst they watched the show from the crowd.

During an interval live music was performed in Studio Two where we were treated to a toe-tapping lively performance from Chris Summerill, before moving to the main stage where Dave Church performed to the crowd some solo tracks, as well as a duet with Mike Peters in a mellow but perfectly executed performance.

The Morriston Orpheus Male Voice Choir took to the stage delivering a heartfelt performance of classic songs such as You’ll never walk alone, before performing with Dave Church and Mike Peters to performed new showstopping versions of New South Wales and Bells of Rhymney.

You could feel the excitement build in the crowd as The Alarm prepared to take the main stage, they played an energetic, exciting set of one hour and forty-five minutes full of high energy tracks such as the loud, and addictive Blood Red Viral Black, the anthem that is Tomorrow and the brilliant Rain in Summertime. The show was a parade of one electrifying track after another with the crowd clapping along to every track, this was simply everything you want from a rock concert, no fuss, no special effects just energetic performances with amazing vocals and excellent musicians. At one point I looked up at the stage and Smiley was playing one drum on each side in the most effortless and flawless casual manner I have ever seen whilst producing a amazing drumbeat. The performance of Walk Forever by my Side was melodic and heart-warming. Although the more recent numbers feature strong intense drumbeats with guitar and bass rifts aplenty, The Alarm still managed to remain true to their punk-rock roots giving the new music that extra edge which is undeniably unique.

One of the things that make the gatherings and concerts unique is the ability to sign up to the Bone Marrow donation register this is a venture in connection with the Love, Hope, Strength Foundation that Mike Peters co-founded with James Chippendale in 2007. Although Mike and Jules have no desire to become the ‘Cancer Couple’ as Jules call’s it. The work they do is inspiring. The Alarm have a very down-to-earth vibe, which is very welcoming, and it is no wonder they have loyal fans who return year after year to their gatherings.

The Alarm have a full schedule of touring planned and tickets for The Gathering 2020 (Llandudno) are already on sale see: www.thealarm.com

For Information on the Love, Hope Strength Foundation see: www.lovehopestrength.co.uk