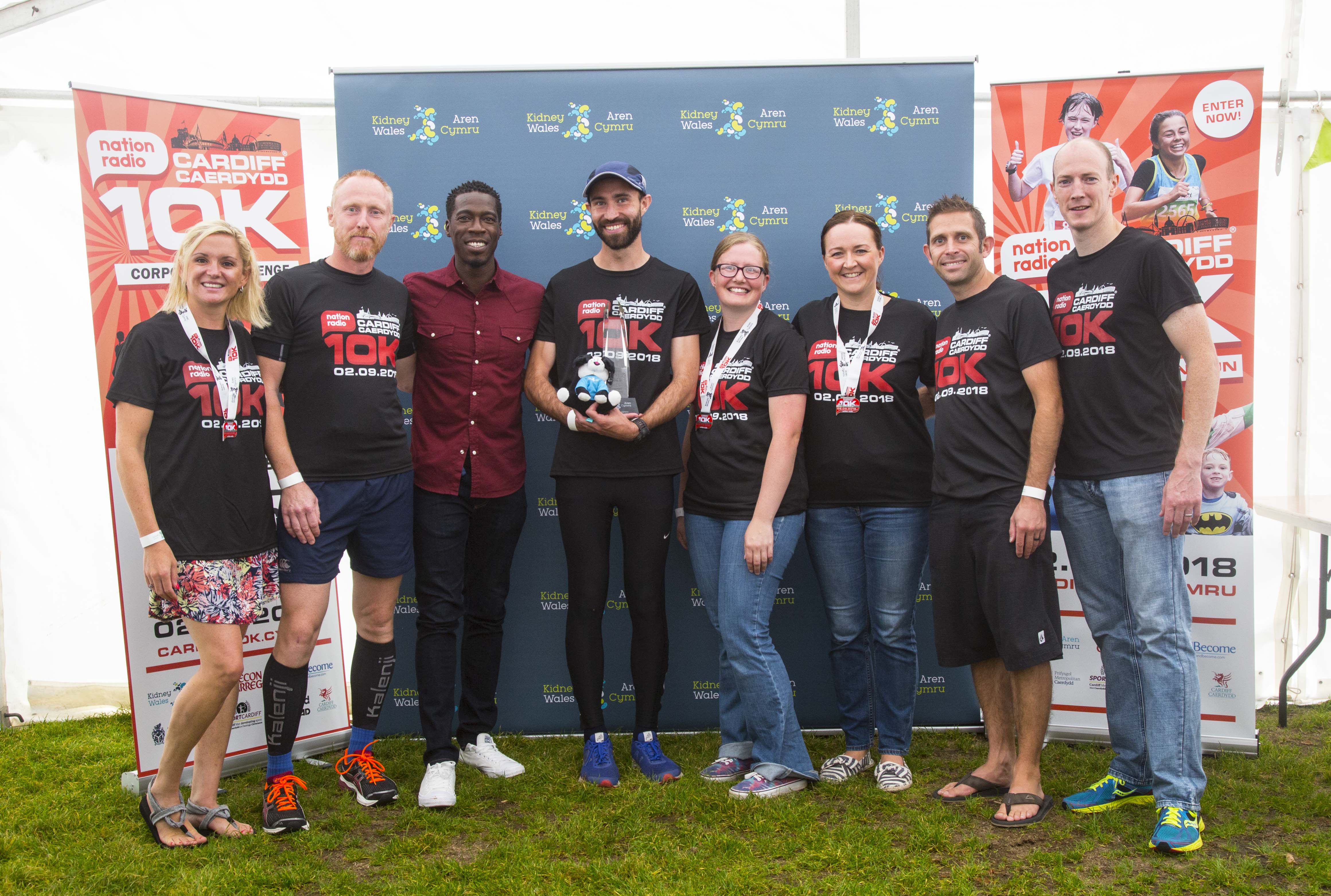 A team of South Wales Police officers took no prisoners at this year’s Cardiff 10K as they stormed to victory in the Corporate Challenge.

A record 48 teams participated in this year’s Eurobond Corporate Challenge, which saw teams of four to six runners complete the 10K in a bid to secure the competition’s winners’ trophy.

Having stolen a march on the competitors, the winning team did things by the book in terms of tactics, as they fended off challenging teams from across the country to come home in a time of 02:43:51, with runners-up from Vectos following close behind with a time of 02:49:57 and third placed General Dynamics UK completing in 02:51:43.

Over 7,000 runners united to race through the capital on 2 September, as people raised money and awareness for the 10,000 people living with the effects of kidney disease across Wales in one of the nation’s biggest annual fundraisers.

Detective Sergeant Rachel Walsh said on the team’s success: “The day was well organised and a great atmosphere both pre and post- race ensured all runners ran to the best of their ability with some fantastic times despite the warm weather.

“The event continues to impress each year and positively promotes Kidney Wales.

“SWP were absolutely thrilled to win the trophy for the first finishing team and it currently stands on display at one of the local police stations.

“To prove this wasn’t simply beginners’ luck, we will be back next year in the hope of retaining the title.”

Discussing the success of this year’s Corporate Challenge, Kidney Wales Director of Fundraising Nic Clarke said: “The Corporate Challenge is a great team building opportunity, bringing colleagues together and strengthening friendships while raising money for a cause that will help people up and down the country.

“A huge congratulations to all who participated in the event and especially to the South Wales Police team for securing the win – we’ll all sleep a little sounder knowing nobody can outrun them!”

For more information about the work done by Kidney Wales visit https://www.kidneywales.cymru/