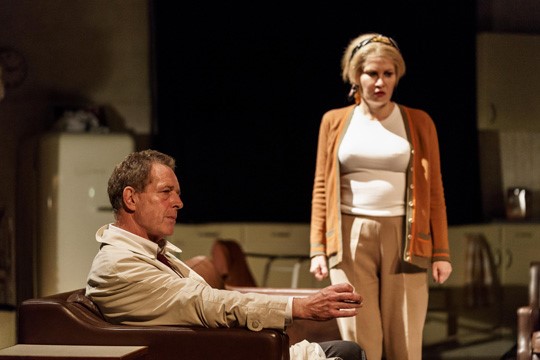 WAIT UNTIL DARK is set amidst the social turbulence of 1960s London and follows the story of Susy, a blind woman (played by blind actor Karina Jones) who, left alone in her apartment, becomes the victim of an elaborate scam hatched by a group of conmen. Left to fend for herself, Suzy eventually finds a way to turn the tables on the conmen and give them a taste of life in the dark.

Frederick Knott, best known for writing Dial M For Murder, wrote WAIT UNTIL DARK in 1966. Audrey Hepburn starred as Susy in the 1967 film adaptation, for which she was nominated for both the Academy Award and Golden Globe for Best Actress and the film is often ranked as one of the top 100 scariest films of all time.