Hailing from the town that has become synonymous with iconic Welsh music, Johnny describes his own sound ‘like a cross between Radiohead, Travis, Goo Goo Dolls, Oasis, & R.E.M’ and his influences are many, although he may have more in common with another of his heroes, Prince. Johnny undertakes the entire production process of his music, alone.

Johnny handwrites his lyrics (in a weathered, scruffy notebook), creates his own chords and melodies, plays all instruments on every track, and edits, mixes and masters every song himself.

“I’m a perfectionist, and maybe reluctant to let go of control of my sound’, he says. “In the past, I’ve sent songs to be produced by others, and they have sounded unrecognizable – not sounding ‘right’, or how I know the songs should sound. They become unfamiliar to me – and I immediately start detaching myself from them”. 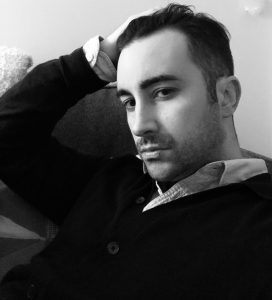 With 3 albums under his belt, Johnny has already amassed an enviably loyal fan base, a following that spans the globe. He can be found regularly touring across North America (he can often be found performing in bars across New York and Connecticut) and Asia.

With 30,000 followers on Twitter, with Gavin Rossdale and James Arthur on that list, he says he feels lucky that he is able to travel and that the music in the digital age has enabled this to happen, to release music quickly and to an international audience.

“I do sometimes think fondly though, of the days when I used to save up money, anticipate release dates and queue in HMV to buy a physical copy of a single or album”, he says. “These days, where possible, I do still try to pick up the physical releases of the bands and artists I admire, support that artist, read the liner notes, get to know the artist a little more”.

It’s not all an international affair. He remains firmly rooted in Wales (he currently lives near Pontyclun, in a small village just outside Cardiff) and has enjoyed musical support closer to home. 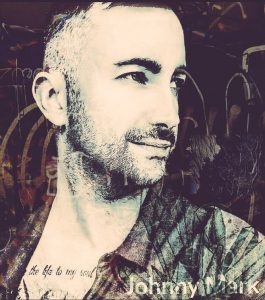 His first ever upload to BBC Wales Introducing was played on Bethan Elfyn’s very first show of 2015, and BBC Wales’s Lucy Owen is also a fan. “The compliments she gave were so lovely”.

If we manage to keep hold of him in Wales, or whether he is lost to the lure of a music scene across the pond, one thing is certain, this is one musician who will make Wales proud, on a global scale.

Johnny Mark’s latest single, ‘Your Photograph’ is released on July 21st 2017. To find out more information visit www.johnnymark.com or follow him on twitter @johnnymarkmusic.