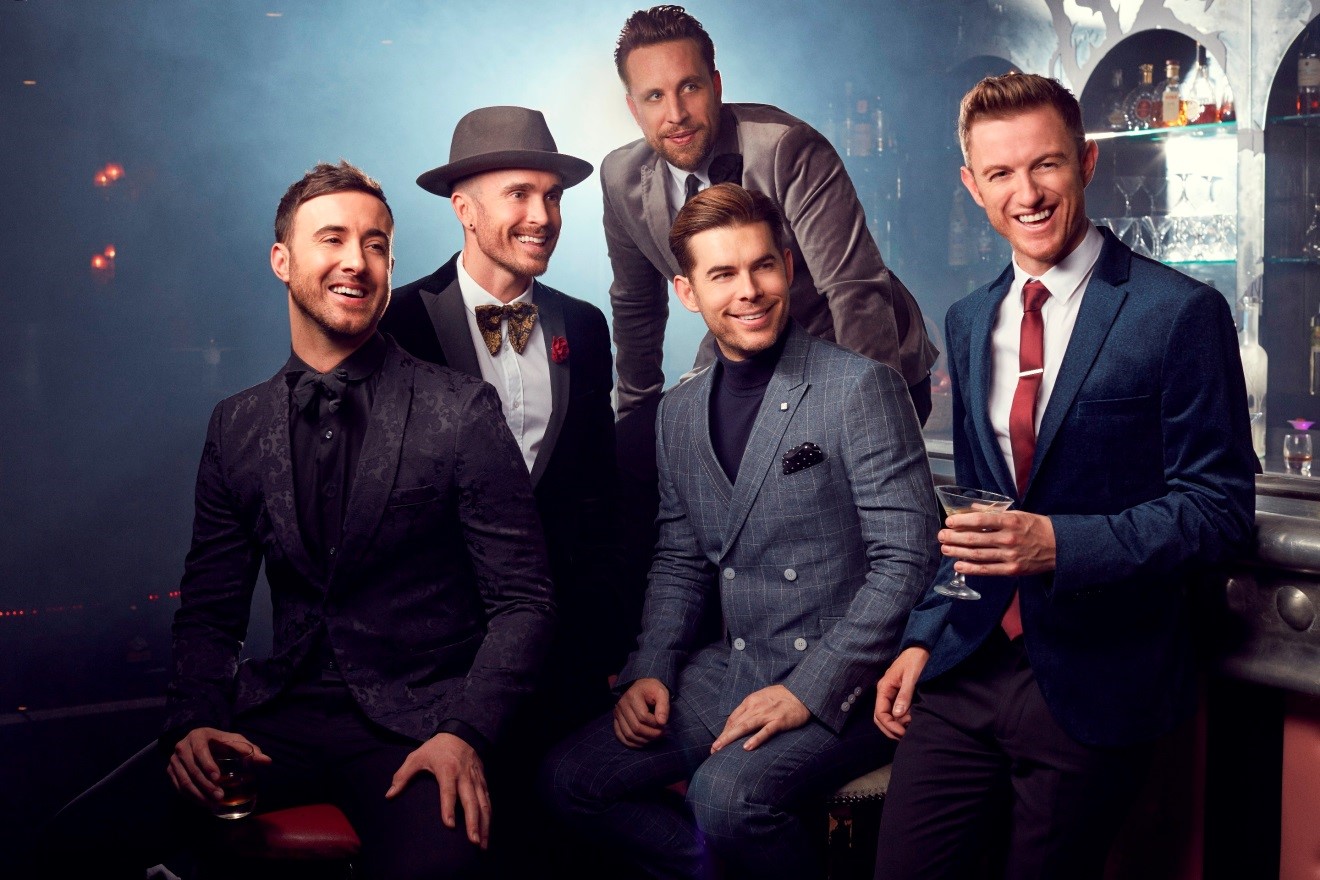 THE nation’s favourite vocal harmony group The Overtones are back for an intimate gig at St David’s Hall on Friday 9 February.

This show was originally scheduled for Friday 22 September last year, but was cancelled due to a family emergency. Yet, the boys have kept their word to their Cardiff fans with this rearranged date – and only limited tickets are now remaining!

The Overtones’ success is a real ‘rags to riches’ story as the five of them were first discovered by a Warners Brothers talent scout whilst working as decorators in a shop near Oxford Street! They were singing Billy Joel’s doo-wop classic The Longest Time in their tea-break, and the rest is history! They even went on to officially release the song as a single in 2011.

The Overtones have captivated worldwide audiences with their uplifting, exquisitely crafted vocal harmonies and have amassed a legion of fans including Tom Hanks and even the Queen, who they performed in front of at the Diamond Jubilee celebrations in 2012.

Plus, there’s an exciting double-bill to warm up the Cardiff crowd as support for the evening is provided by Welsh stars Jay James and Shellyann Evans!

Jay James is the man who took The X Factor by storm, and who Simon Cowell described as a “genius.” Having worked with some of the biggest artists, writers and producers in the world, Jay will be showcasing his exciting new material and some old favourites.

Also sharing the stage is Rhondda singing sensation Shellyann Evans, who wowed the judges on BBC’s The Voice and recently supported Sam Bailey.