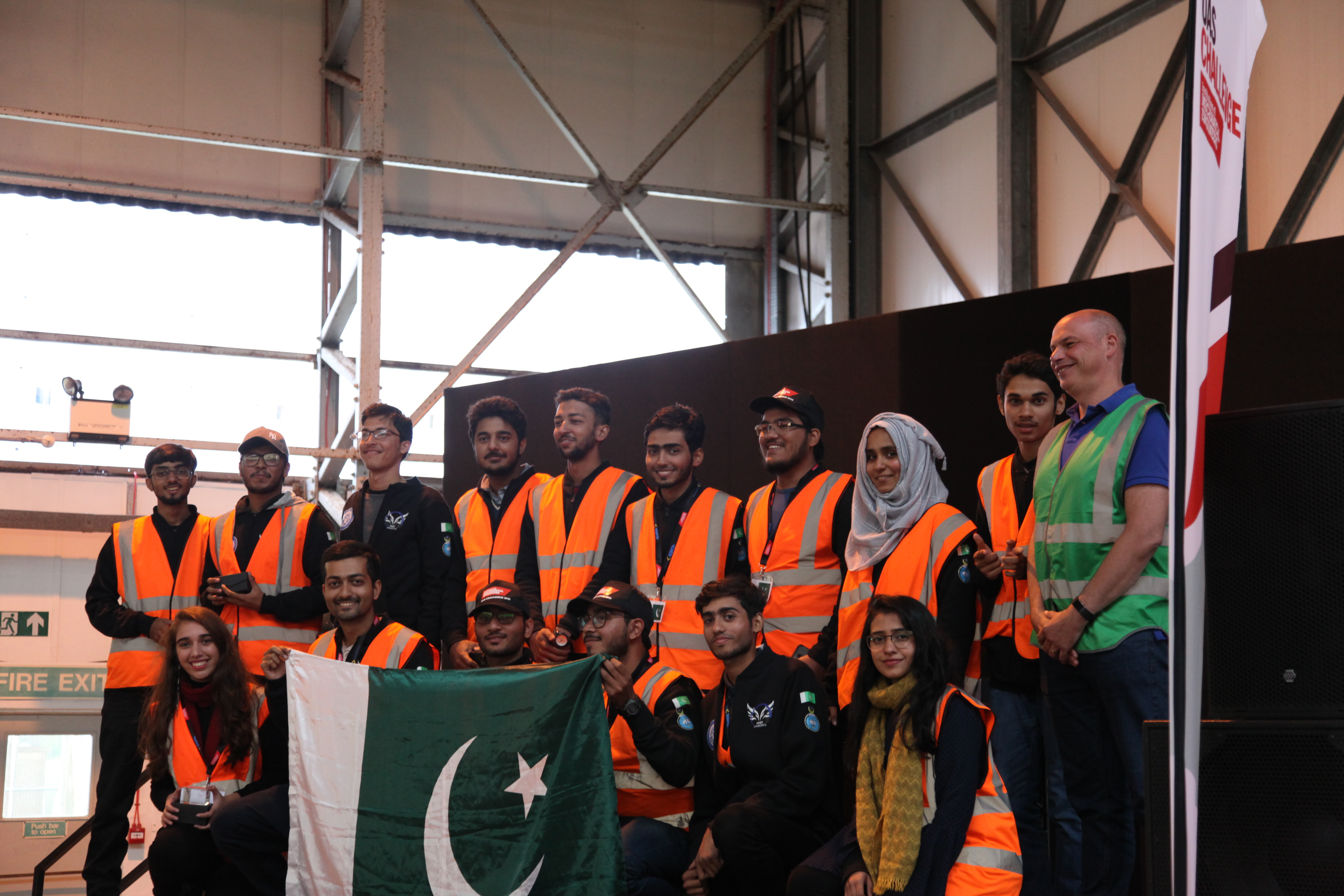 Pakistan’s National University of Sciences and Technology’s team AirWorks Beta won the UAS Challenge 2019 drone competition, which attracted teams of young engineers from the UK and abroad to a “fly-off” this week at the Snowdonia Aerospace Centre in North Wales.

Teams in the UAS (Unmanned Aircraft Systems) Challenge, which is organised by the Institution of Mechanical Engineers, had to design, build and fly a drone for a specific project – this year simulating a humanitarian aid mission.

The judges said the standard of entries this year was the highest they’d seen in the competition, which launched in 2014 and has grown in popularity.

“We saw more successful flights than in the previous five years and the task we set this year was arguably the most complex,” said UAS Challenge Head Judge Lambert Dopping-Herpenstal.

NUST’s team AirWorks Beta, which flew the only drone helicopter in this year’s competition, beat other teams from Pakistan – including another team from their own university – Denmark, the Netherlands and the UK to be crowned champions.

“The NUST AirWorks aircraft was well designed and extremely well presented. The team was really well organized,” said Rod Williams, Head Scrutineer for the UAS Challenge and who had technical oversight of the drones.

The guest of honour at the awards ceremony was John Idris Jones, Chair of the Snowdonia Enterprise Zone Advisory Board who was representing the Welsh Government which supported the competition this year.

Children from local schools attended the competition and had a chance to learn more about drones in an education programme backed by Gwynedd Council.

Other sponsors of the competition include GKN Aerospace, Bombardier, QinetiQ, Raytheon and Frazer-Nash Consultancy.

Here are the results of the UAS Challenge 2019: