PAUL ROWLETT,CEO OF EVERYTHING BRANDED UK, WILL BE STARRING IN THE FIRST EPISODE OF THE SECRET TEACHER TONIGHT AT 9 PM ON CHANNEL 4! 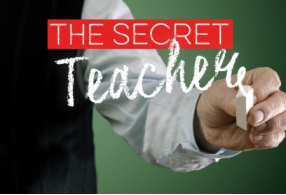 In this new four-part Channel 4 series, a cast of four of the UK’s most successful business owners – all of whom struggled at school – want to give others the helping hand they never had so they’re going undercover as school support staff.

Paul Rowlett features in tonight’s inaugural programme. In it he is seen going into a cash strapped school in Hertfordshire undercover. With the exception of a just a few teachers, neither the students nor the staff know that the new support teacher is in fact one of Britain’s most trailblazing tycoons who grew his business to a multi-million pound global concern in just 8 years.

In tonight’s programme, Paul immerses himself fully in the challenge; facing the nerves that come with stepping into a rowdy classroom for the first time to overseeing detention and working with those students who need extra support he identifies which of the students he wants to help before revealing his true identity in a life-changing finale.

This is guaranteed feel-good TV, showing the immense rewards that come from believing in pupils’ innate potential which culminates in a heart-stopping final reveal.

Paul Rowlett is a Leicester based businessman and philanthropist who built an international promotional goods company in just 8 years.  A failure at school himself he is passionate about supporting underperforming students and the next generation of entrepreneurs.