THE 2018/19 International Concert Series comes to a dramatic close with the prestigious Philharmonia Orchestra on Tuesday 25 June. 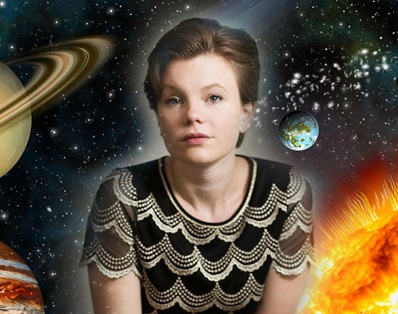 Get ready to embark on an awe-inspiring journey into the wonderful worlds of astrology, fantasy and mythology.

This captivating concert provides an experience like no other too with stunning digital imagery provided by the National Space Centre for The Planets, and spectacular film footage from Close Encounters of the Third Kind. Plus, Cardiff Astronomical Society will be in attendance in the foyers with all manner of fun facts and trivia.

The voyage launches with Sibelius’ At the Castle Gate from Pelléas et Mélisande, which is better known as the theme to The Sky at Night. Depart Earth and ascend into the Milky Way with the vast array of stars projected above the stage. Then it’s time to discover ancient and unknown lands with a spectacular suite from one of the most iconic film scores of the 1970s in John Williams’ Close Encounters of the Third Kind.

The Planets provides an epic finale with its vivid depiction of the solar system and its associated mythical gods providing the perfect showpiece for enormous orchestra. Holst’s incredible planetary survey – written during the Great War – is accompanied by breathtaking audio-visual technology to send you soaring from the ferocious energy of Mars (The Bringer of War) to the icy chill of Neptune (The Mystic).

Philharmonia Orchestra are under the baton of Conductor, Jamie Phillips for this powerful performance.

Our thanks go to Cardiff Astronomical Society, who will be joining us on the night to provide some background interest and expertise in the foyers.

THE 2018/19 International Concert Series comes to a dramatic close with the prestigious Philharmonia Orchestra on Tuesday 25 June.

Get ready to embark on an awe-inspiring journey into the wonderful worlds of astrology, fantasy and mythology.

This captivating concert starts in style with Sibelius’ At the Castle Gate from Pelléas et Mélisande, which is better known as the theme to The Sky at Night. Then it’s time to discover ancient and unknown lands with a spectacular suite from one of the most iconic film scores of the 1970s in John Williams’ Close Encounters of the Third Kind before Holst’s The Planets provides an epic finale.

Have you worked with Philharmonia Orchestra previously?

I last played with the Philharmonia in December 2015 at the Royal Festival Hall as part of a Lady in the Van themed concert. We worked together on the film, and it was great to join forces with them in a live concert. They are a phenomenal orchestra!

You will be performing as soloist for Guillaume Connesson’s piano concerto The Shining One. Are you looking forward to it and what do you think of it as a piece?

It’s absolutely brilliant and so much fun to play (and, I imagine, to listen to!) The piece was inspired by a science fiction novel, The Moon Pool, written by Abraham Merritt in 1919. ‘The Shining One’ is a creature born deep in the planet’s core, who comes to the earth’s surface to capture humans in its quest for power. Connesson says that its victims experience “a state of simultaneous ecstasy and horror” and he captures this ambiguity perfectly in the music. It is vivacious, energetic and has a strong dash of the diabolic!

The programme is inspired by space, so it features music from John Williams’ Close Encounters of the Third Kind alongside Sibelius’ At the Castle Gate, which was used as the theme to The Sky at Night. The orchestra finishes with The Planets by Holst – an epic and inspiring depiction of the solar system, which I shall definitely pop in to listen to. It’s one of my all-time favourite pieces, and to hear the Philharmonia perform it live will be an astonishing experience.

You will be performing against a backdrop of the blazing sun, whilst there’s stunning imagery from the National Space Centre used throughout which will make this concert unlike any other. It’s going to be an incredible audio-visual experience, isn’t it?

I have had a sneak preview of the visuals and they look absolutely stunning. I can’t wait to see them blown up on stage and it should add yet another dimension to the performance.

You’ve played several times at St David’s Hall over the years. What are your fondest memories of performing here?

The backstage staff are always incredibly friendly and the piano is one of my favourite on the circuit. It is a gorgeous instrument and such a joy to play. I feel I can really go to town with it!

Since achieving a Double First BA honours Music degree at Cambridge University, you’ve enjoyed great success. In 2016, you won the Royal Philharmonic Society’s Young Artist Award in recognition of outstanding achievement. You must’ve been delighted with that?

Yes, it was a great experience and I was thrilled to be chosen for the Award!

This year you’ve performed the Premiere of Uncoiling the River by Kenneth Hesketh with the BBC National Orchestra of Wales and have released The Complete Keyboard Works of Myslivecek with the Swedish Chamber Orchestra and Nicholas McGegan. How has 2019 been for you so far?

It’s been a good season, both in that I have had some exciting engagements, but also because the repertoire has been so varied. The Hesketh, for example, was fresh off the press while the Mysliveček had barely been performed for over 230 years. I have also been doing projects for piano and film alongside numerous concerts in schools and prisons, so there is never a dull day!

Next year you give your debut recital for the International Piano Series at the Southbank Centre. Can you reveal what you will be playing yet?

Certainly. I shall be playing a varied programme that takes us from one of Beethoven’s earliest piano sonatas, through Mendelssohn’s captivating Songs Without Words, music from Lili Boulanger and Fauré, spirited dances by Albéniz, and finally, spectacular arrangements of popular Gershwin songs from Earl Wild.

As a passionate advocate for contemporary music, you have given 45 World Premieres by composers like Robert Saxton, Michael Berkeley, John McCabe and Arlene Sierra. It must be thrilling to perform major works for the first time in front of audiences, but do you ever get nervous?

I am always nervous to some degree before a performance, and having a World Premiere in the programme invariably adds that extra level of tension. I am so keen to do the work justice, particularly when a composer is sat in the front row!

Outreach forms an increasingly important part of your work. In 2017, you set up a partnership with Gloucestershire Music to give recitals in local schools and have since performed to over 1,500 schoolchildren. Do feel a great sense of pride in helping nurture and mentor the classical talents of the future?

I haven’t thought of it in those terms, but I do find it extremely fulfilling and it helps me to explore my playing in a completely different way. I am usually performing on slightly battered pianos and you often have to work hard to keep children’s attention, particularly at the end of a busy day. If you can learn how to project enough energy and excitement, this is a great thing to feed back into ‘normal’ recitals.

You have even turned your hand to acting in recent years appearing in the 2015 film, The Lady in the Van. Were you pinching yourself rubbing shoulders with iconic names like Maggie Smith, Jim Broadbent and Alan Bennett?

That was an amazing and bizarre experience in equal measure, and one that is unlikely ever to be repeated! I was extraordinarily lucky to be asked to play that role and had some wonderful experiences on set. They were all such lovely people.

What exciting projects have you got planned next?

Over the summer, I shall be performing at festivals across the UK and France, and recording a long-lost Concertino by Roman Palester with the Sinfonia Iuventus in Warsaw. Later on, I join violinist and composer Henning Kraggerud in his multi-movement work Equinox. Actor Simon Callow will read texts by Jostein Gaarder during the performance. My newest project for piano film, Ghosts and Whispers also has several outings, so it should be a fun season!

“Amazing power and panache” The Telegraph

“A star interpreter of contemporary music” The Observer