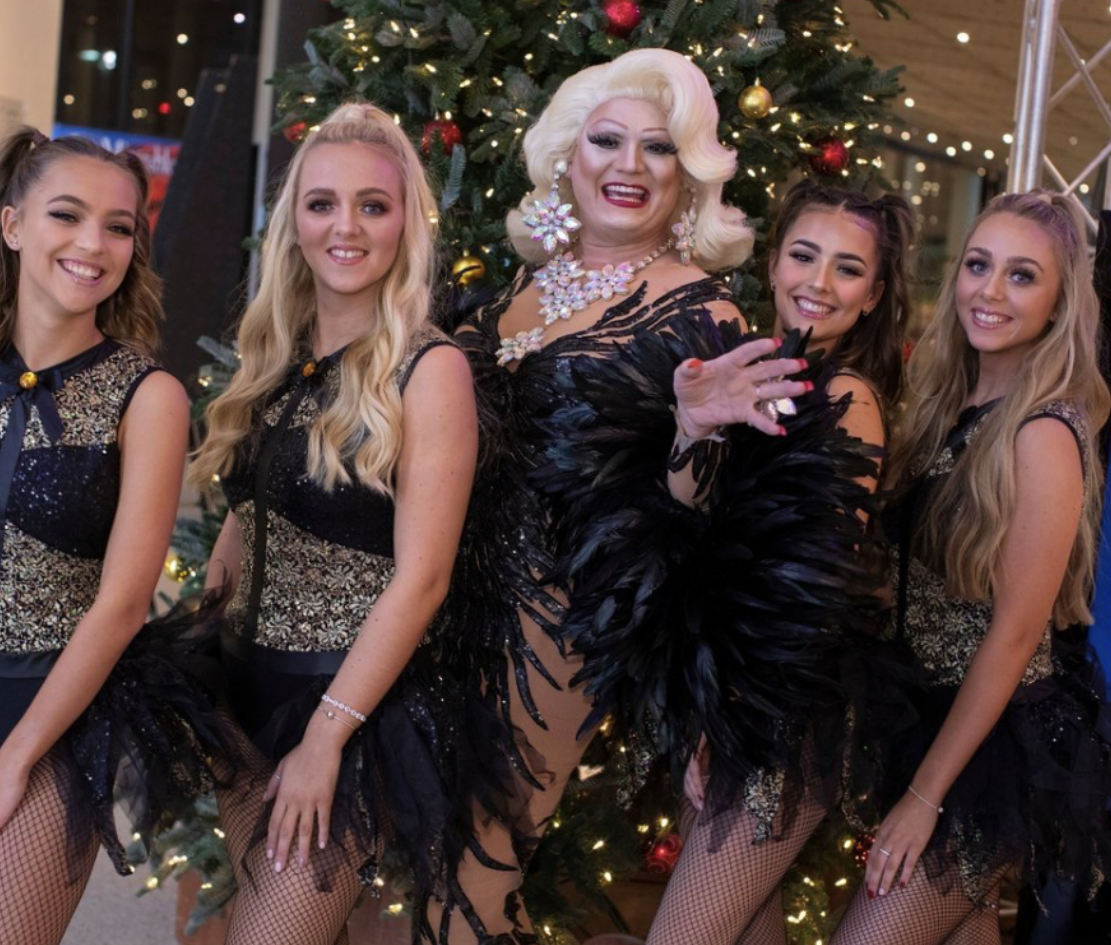 I was so chuffed I managed to secure myself a ticket to Pixie Perez – Confessions of a Drag Queen, as this three night sell out showcase at the Wales Millennium Centre’s Ffresh Cabaret Bar was a triumph!

Pixie had the enthusiastic audience in the palm of her perfectly manicured hands from the get go. With a hilarious voice over opening that had the room in fits of laughter even before Pixie made an appearance. And what an entrance it was! Looking spectacularly ostentatious in a figure hugging, asset enhancing, full length, black sequin number, embellished with more feathers than a queen sized duvet and dripping in sparkling diamond jewels. We knew we were in for a treat of an evening and we weren’t left disappointed.

With rampant support from the audience, support from her talented back up dancers and a very supportive bra, we were taken on a musical journey from Elvis to Liza!
Pixie’s well polished stand up routine punctuated with ludicrously rude jokes teetered on the edge of almost offensive, pushing her luck just enough to flush the cheeks of even the most experienced drag show attendees scattered amongst the audience. Expertly handling her hecklers by rebounding hilarious backlash banter quicker than you could say “effortlessly brutal!”. Pixie’s quick wit was matched by slick costume changes of which there were a dazzling array, each more excessive than the last.
The highlight of the show, for me, was when the nails came off! Quite literally. A piano was brought onto the stage and Pixie took quite a risk, momentarily pausing the crowd pleasing trusted cover tunes in favour of stripping it bare and exposing her hidden concert pianist skills (who knew?) and delighted the audience by singing hilarious original material about being politically correct – every drag queen’s worst nightmare!

Pixie’s outrageous personality filled the room with contagious laughter and kudos must go to Pixie for successfully walking that fine line (in diamond encrusted 8 inch stilettos) with a balance of tastefully appropriate material, to match the sophisticated venue, as well as including just the right amount of vulgarity and blue humour that we all expect from a great drag show. The hysterical audience lapped up the comedy as the night progressed and the alcohol took hold. During the interval I made friends with a gang of strangers on the adjacent table through our mutual appreciation of the obscenities and filthy jokes that fluttered through the air like confetti from a canon.

Perhaps the most poignant part of the performance was when the comedy was swapped for a more serious toned song and the creation, Pixie Perez, transformed into her creator, Gary, before our very eyes.

A thoroughly entertaining night. Life really would be a drag without Pixie Perez, “Cardiff’s favourite drag queen 2018”, a very worthy accolade and long may she reign!