Pride Cymru’s Big Weekend is one of Cardiff’s largest annual events that took place over the weekend (24-26 August). This was a personal first for me, and I was thrilled to be asked to cover it for Cardiff Times. If you’re wondering what a first-timer’s experience of Pride Cymru was like, I shall break it down for you step by stilettoed step…

Friday night was by far the quietest, but the atmosphere was filled with anticipation for events yet to come. The crowd was small but cheerful, and certainly not shy! Dance shapes were thrown across Cardiff City Lawns during performances from Flop and Fill, Sugababes singer Mutya, singer-songwriter Angie Brown, singer/actress Claire Sweeney, and plenty of local drag queens. Jolene Dover (pictured here on the right) strutted her* stuff and was a wonderful host and performer for the night. A real professional in the business of drag. 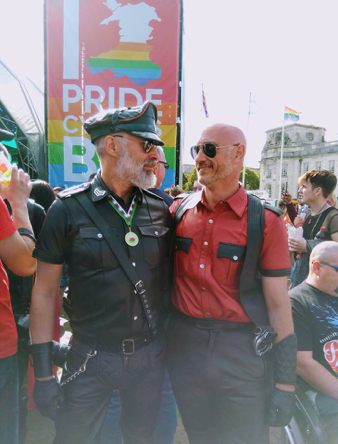 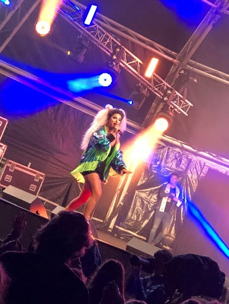 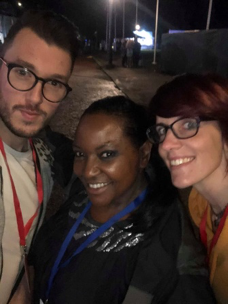 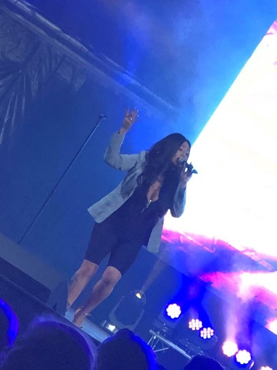 After the evening’s performances, I met with Mutya who told me that she felt her set “went really well”, and that regardless of the rain the “vibe was great either way.” She also hinted at the possibility of releasing some music in the future, but she wouldn’t give too much away.

Angie Brown’s vocals were electric, and she belted out tune after tune on stage as if taunting the bad weather with her soaring vibrato. When I met her at the end of the night she wowed me in person as much as she did on stage. Big personality, big performer (pic on the right). I left the first night looking forward to the next, and humming tunes on the ride home in the rain.

*for the purpose of this article I will use the gender pronouns ‘she’ and ‘her’ when referring todrag queen performers, as this is how they were introduced and presented themselves.

The city of Cardiff found itself covered in a blanket of glitter, confetti, bubbles and balloons as the crowds sang, danced, and whistled down the streets. Friendly faces and free hugs greeted us, and it felt as though everyone in the whole city had decided to come out and join. Children, pets, pensioners, parents, students, businesses…everyone!
My first Pride parade was an experience I won’t be forgetting in a hurry. The turn out was incredible, with 15,000 supporters lined up and ready to march for love, equality, and, as one supporter put it, “for those who couldn’t be there to march for themselves.” I’m told this was the biggest march in the charity’s history. There were countless organisations, including St Augustine’s Church, all eager to get walking, marching, and dancing through the streets of Cardiff. Needless to say, I was buzzing! 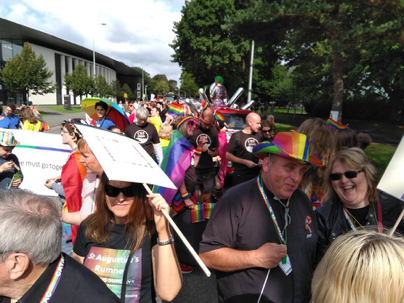 The Barclays team were kind enough to let a lone journalist such as myself join them during their preparation, march, and after-party. I spoke with Amy Davies-Gardner, delivery manager for Barclaycard, who told me that although it’s often construed that “the corporate companies are only getting involved to get their name out there […] when you actually look at the staff that are attending the event they’re actually real people. They’re not the people in the big suits […] they’re the actual staff who want to support these causes.” The Barclays staff brought their children and other family members along. There were also several openly gay and bisexual team members taking part in the parade for personal reasons as well as representing their company.

Shortly after the parade I joined the main festival. 18,000 people attended Pride Cymru on Saturday, and there were countless performances from the likes of Saara Alto, Derrick Barry, The Sundaes, and several excellent tribute performers.

Pixie Perez, a must-see drag performer, was loving life when I caught her in passing for a quick chat. She told me she was happy to see that this year’s Pride was “so young”. She added, “I’ve seen so many young 16-17-year-old girls. I think it’s becoming so progressive which I think is just incredible.” 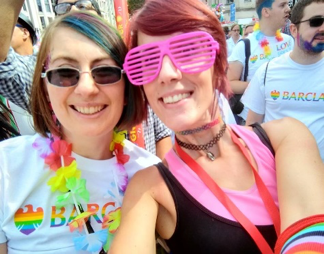 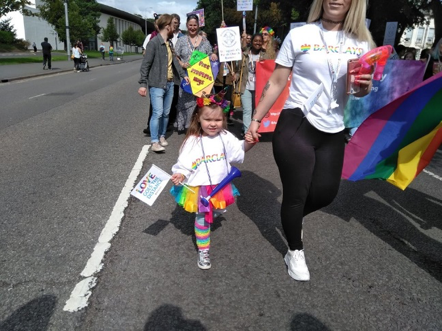 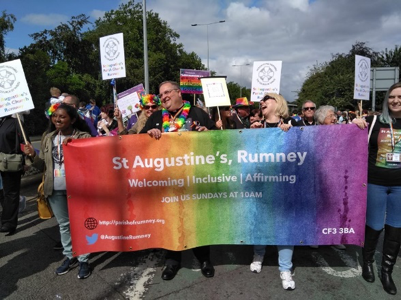 After plenty of dancing, food, and fair rides I was ready to hit the hay and get some much-needed beauty sleep in a hopeful attempt look as fabulous as the acts I’d seen so far.

Rain, rain and, you guessed it, more rain! It wouldn’t be Cardiff if we didn’t have a shower of biblical proportions at least once during a long weekend. Hardcore Pride-goers were at the ready with their wellies, raincoats, and classic Welsh-weather jokes.

Having said that, the wet weather did put a slight downer on the day. The turnout was much smaller, and the rides and stalls had dwindled noticeably. I was disappointed that the main act for the day, singer Gabrielle, was unable to make it and that the family area had to be cancelled due to the weather. Any additional entertainment for families appeared to be lacking. However, I met a lovely little girl by the name of Morgan, aged 4, who has attended Pride every year since she was born. When I asked her what she enjoyed about the festival, she cheerfully responded, “all of it” and her mother informed me that she is a big fan of the drag queens. The rain didn’t seem to faze this happy family in the slightest. 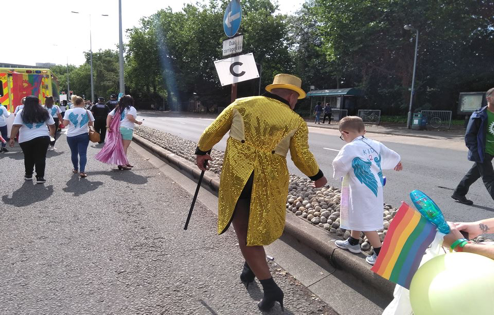 Although Gabrielle’s spot was cancelled, the supply of energetic, colourful performers seemed to be endless. It’s incredibly difficult to be sullen at Pride, and I wouldn’t recommend attending if your aim is to be in a bad mood- it won’t help! Some of the acts for the day included Courtney Act, an array of local entertainers, Glee Club comedy and cabaret entertainment. My mild disappointment soon transformed into pleasure.

It was a notably young crowd on Sunday, and I was impressed with the efforts of the security team throughout the entirety of the weekend, especially with the occasional, and inevitable, incident of under-age drinking. Every preventative measure was taken, and if anyone appeared to be behaving in a disorderly manner the team were all over it. They were effectual without being forceful. Bags were searched, information checked, and smiles were given. It was a long and eventful weekend and their attitude was simply fantastic.

Overall, I would say that my initiation into the world of Pride was a very positive one. Some overwhelming moments, and some less so. The people really made it what it was- a welcoming embrace to those who ‘deviate’ from traditional social norms, and a celebration of those differences that ultimately unite us and make us all human. An entire weekend every year celebrating such a thing is, to me, a damn fine idea.

(Side note- A little birdy informed me that a great alternative to Pride, should you find crowds and loud music a bit much, is the Big Queer Picnic at Sofia Gardens. This is held on the Saturday every year, at the same time as Pride Cymru. Something I will certainly be checking out in the future.) 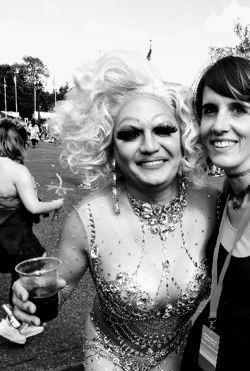