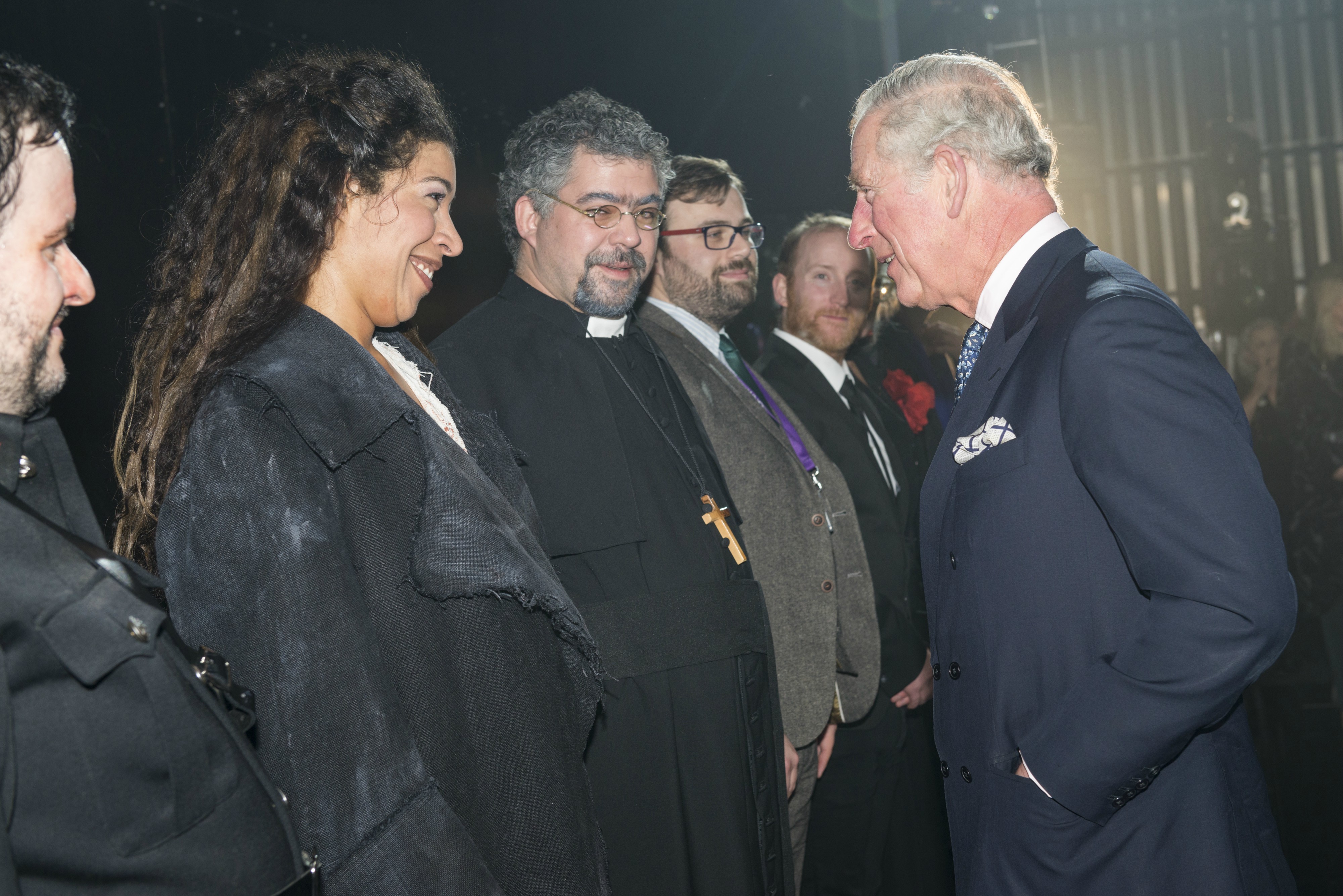 Following the performance, Artistic Director of WNO David Pountney introduced His Royal Highness to the performers and Company members on stage.

The Prince of Wales has been Patron of WNO since 1997, and in 2016 celebrated the 70th anniversary of the Company with a special Gala performance at Buckingham Palace.

La forza del destino was directed by WNO Artistic Director David Pountney and conducted by WNO Conductor Laureate Carlo Rizzi. The cast featured Gwyn Hughes Jones in the role of Don Alvaro and Mary Elizabeth Williams in the role of Donna Leonora. The performance was supported by The Kobler Trust, the WNO Verdi Syndicate and WNO Verdi Patrons.

David Pountney said “We were very proud to welcome our patron, HRH The Prince of Wales, to this important premiere of La Forza del Destino, to launch our Verdi trilogy. HRH is an enthusiastic supporter of our work and we greatly value his encouragement and enthusiasm.”

Ambassador Raffaele Trombetta said: “It is a true honour for me to serve as Patron of the Verdi Trilogy and I am most grateful to Welsh National Opera for their important contribution in furthering the reach of Italian opera across the whole of the UK.”