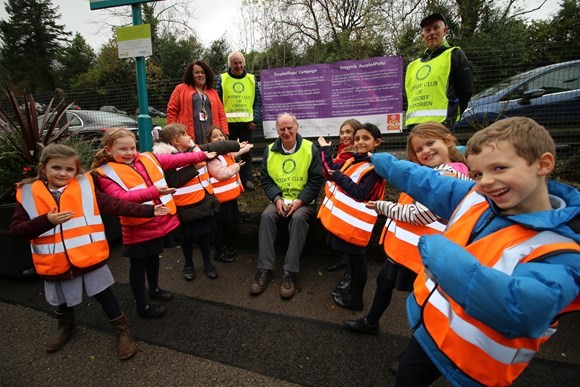 A group of volunteers from the Rotary Club of Llanishen have brought their community together to transform their local train station and plant hundreds of purple crocuses to help raise awareness of a worldwide initiative to end polio.

Members from the Club enlisted the help of local schoolchildren from Christ the King R. C. Primary School to lay hundreds of crocus bulbs which will erupt into a stunning mauve floral display for commuters next spring at Llanishen train station.

The flowers were planted in recognition of Rotary International’s latest campaign, Purple4Polio, which is designed to unite communities to engage in activities as part of the final push to eradicate polio for good.

The Rotary Club of Llanishen adopted the unstaffed railway station through Arriva Trains Wales’ national ‘Adopt a Station’ scheme, which aims to improve links with local communities and customers across its network.

In addition to sowing the crocus bulbs, the volunteers have potted three new planters filled with seasonal blooms to brighten up the station. Youngsters from Christ the King R. C. Primary School visit every week to water the new plants. 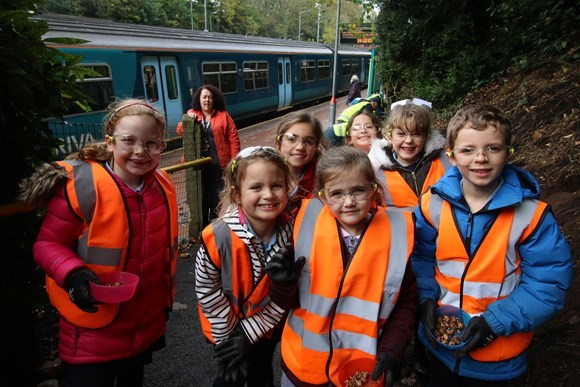 Tony Fundell, from the Rotary Club of Llanishen, said: “We were approached by Arriva about the possibility of taking on the local station and thought that there was great potential to deliver benefits for the group and the wider community. It was only at a later date that we realised we could use the station as a way to help spread an important message and raise awareness of the charitable work of the Rotary club.

Polio is a highly infectious disease which mainly affects children under 5 years of age and cannot be cured, only prevented. Over 2.5 billion children have received vaccinations thanks to the help of Rotary and eradication is now closer than ever.

“A group of us visited Chirk train station near Wrexham and met their volunteers for inspiration and advice because they are a very active group who have won multiple awards for their gardening efforts. They are continuing to give us tips and it would be fantastic to enter a competition for our work one day. We’re committed to making the station look its best and as attractive as possible for everyone who uses it, and have been thrilled with the support of the local community and the response to our efforts so far.” 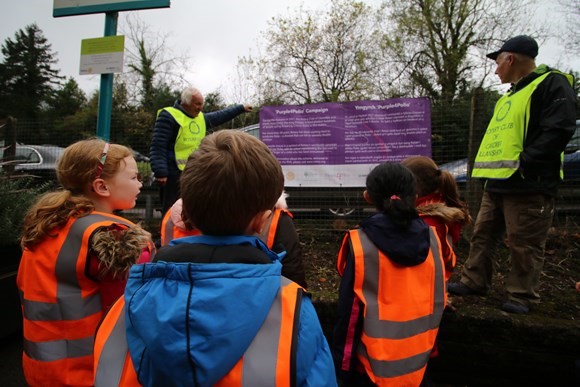 Learning about the Purple4Polio campaign

Headteacher of Christ the King R. C. Primary School, Mrs Rachel Woodward, added: “We were thrilled when the Rotary Club asked our pupils to become involved in looking after Llanishen Station, and in particular, the recent bulb planting in order to raise awareness of the Purple4Polio campaign.

The children are always looking for ways in which they can support charity events and the wider community, so this was an ideal opportunity for them. Taking part in initiatives such as the Purple4Polio campaign helps our pupils to develop into informed citizens and prepares them to lead fulfilling lives as valued members of society.”

Geraint Morgan, Community Relations Manager at Arriva Trains Wales, said: “It was great to involve the children who were very keen to demonstrate their gardening skills. The partnership is a great way of delivering real benefits in the community with established organisations such as the Rotary Club and we are very grateful for their support to help raise awareness of the Purple4Polio campaign.”