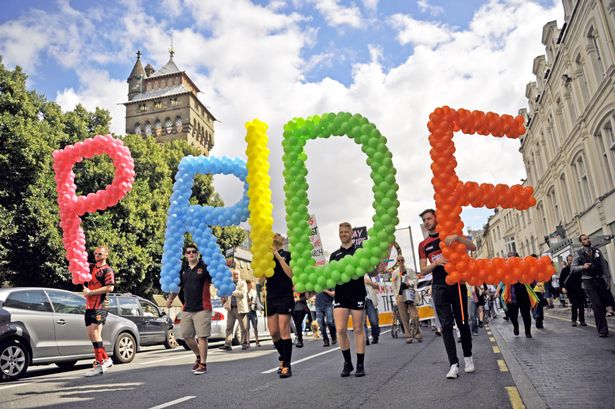 This Summer, Queer Question Time is travelling the country on its first ever official UK tour.

The South London-based event is coming to Cardiff on Friday August 24th in support of Pride Cymru after opening the tour on the Isle of Wight for UK Pride.

The Panel is made up of the following elected representatives and community figures:

It will be Chaired by Stewart Whoo and produced by David Robson.

“Pride Cymru is delighted to be hosting Queer Question Time at the National Museum Cardiff. This is the first time that it has comes to Wales.  Pride Cymru is determined to raise the political voices of the community in Wales.  This is an opportunity for us to be able to engage directly with our elected leaders and community representatives to conduct a topical debate about the issues affecting our community, in Wales and across the UK.”

QQT has been running at the legendary LGBTQ+ venue, The Royal Vauxhall Tavern, for 10 years but 2018 is the first time is has ever considered a tour of the United Kingdom.

“The main reason for taking Queer Question Time on the road is to create an opportunity to engage with LGBT communities outside of the capital. In addition, we hope to give those communities a platform to share ideas, meet local counsellors and activists and perhaps effect some change on a local level.”

Matt Bundy from Isle of Wight Pride reflected on the impact the event had after visiting the island to open up their Pride celebrations.

“Queer Question Time coming to the Island provided the perfect opportunity for debating the key issues facing the local LGBT community for the first time. It was hugely beneficial, as you could see in the faces of the panel members that the lightbulb moments were starting to happen. Three of the panel members were serving councillors on the Isle of Wight Council and they were realising that there were many issues that they had not considered or raised before in local government and that there needed to be a broader and open-minded approach to politics on the Island over the coming months. It also whetted the appetite for further political events on the Island and was a fabulous way to kick start the UKPride celebrations on the Island.