“We’re just trying to make local, seasonal, good quality food, made and served by people who really care about their customers. We want to make our restaurant and food as special as the building itself”- Keith Clash- Head Chef

Once a coal and shipping exchange used as a market floor and office building for trading in Cardiff, then a hub of the global coal trade, its’ had a new lease of life being transformed into an opulent hotel and iconic named restaurant. The £40 million pound investment from new owners ‘Signature Living’ is truly remarkable. It’s fascinating to think that the world’s first ever £1 million pound cheque was signed right here at the coal exchange!!

The restaurants branding got its inspiration from R.P Culley: a local patron who delivered the catering at the original Exchange restaurant. He made the Exchange his home and was notably known for offering fine food and drink, along with superb hospitality to many of Cardiff’s influential people.

The owners of this historic building have kept many of its original features whilst incorporating contemporary decor into its theme. The restaurant has a beautiful old charm to it but at the same time felt very present-day with its use of stylish lighting and vibrant colours. We really loved how they have kept the original stone walls and ceiling, this really added a time-honoured touch to the restaurant. We found the ambience to be relaxing and somewhat intriguing due to the buildings captivating history. The staff were attentive but not overly as I find this can be bothersome whilst trying to relax.

I opted for their ‘Gavi steamed Welsh mussels’ to start which were infused with smoked garlic and chilli cream. They were delicious and the notes of garlic and chilli really came through in the flavourful sauce. The bread was a perfect accompaniment to soak up this gorgeous sauce. My colleague Carl Marsh, chose the ‘Classic scotch egg’ to start which he stated was really enjoyable. The concealed egg was robust and tasty which is how it should be served. The outer breadcrumbs were crispy and the sausage meat was really flavoursome. The accompanying bacon was crispy and had a smoked taste to it. The house brown sauce really paired well with all the other ingredients.

For our mains I chose ‘Abergavenny lamb rack’ which was served with baby veg, a Pomme Anna potato and a lamb and port jus. The lamb was expertly cooked, served pink and extremely succulent. Welsh lamb is renowned for its flavoursome taste and tenderness. You don’t have to take just my word on it, as Executive sous chef at Fortnum and Mason said he loves Welsh Lamb!! The Pomme Anna potato was rightfully golden and crisp and extremely tasty. The vegetables were supple and had a delicate taste. The sauce was a dark rich jus with subtle notes of garlic and port, which really complemented the lamb.

Carl chose the ‘Culley’s beef’ which is a seared beef fillet. It was accompanied by an oxtail, foie gras and beef pie, truffle mash, rosti potato, spinach, parsnip purée and a rich jus. The seared beef was served slightly pink to ensure the cut remained tender and succulent, which it was. He said that the pie was extremely rich and offered an explosion of mouth-watering flavours. The truffle mash was extremely light, fluffy and velvety smooth. The rosti potato was moist and had a nice crisp finish. The jus was rich and refined and paired excellently with the whole dish.

We were then presented with their desert menu which caters for all tastes.  I opted for the Welsh cheese board which was accompanied with port soaked grapes, celery and biscuits. The Welsh cheeses were ‘Pearl las’ (Blue cheese), ‘Pant Ys Gawn’ (Goats cheese), ‘Black Bomber’ (Welsh cheddar) and a Welsh ‘Brie’. The blue cheese was superb and had a lovely creamy and salty taste. The goats cheese was really delicate and had herbaceous notes and a silky texture, it was my favourite of the cheeses! The Welsh cheddar had an intensely rich flavour and smooth creaminess that was extremely appetising. The Welsh Brie had a distinctive mushroom flavour and delightfully gooey centre. The port soaked grapes were the perfect companion to these exquisite cheeses with a subtle note of port. These really were excellent choices to showcase Wales’s fantastic cheese producers. I would have liked a chutney to accompany the cheese board, but that is my personal preference. 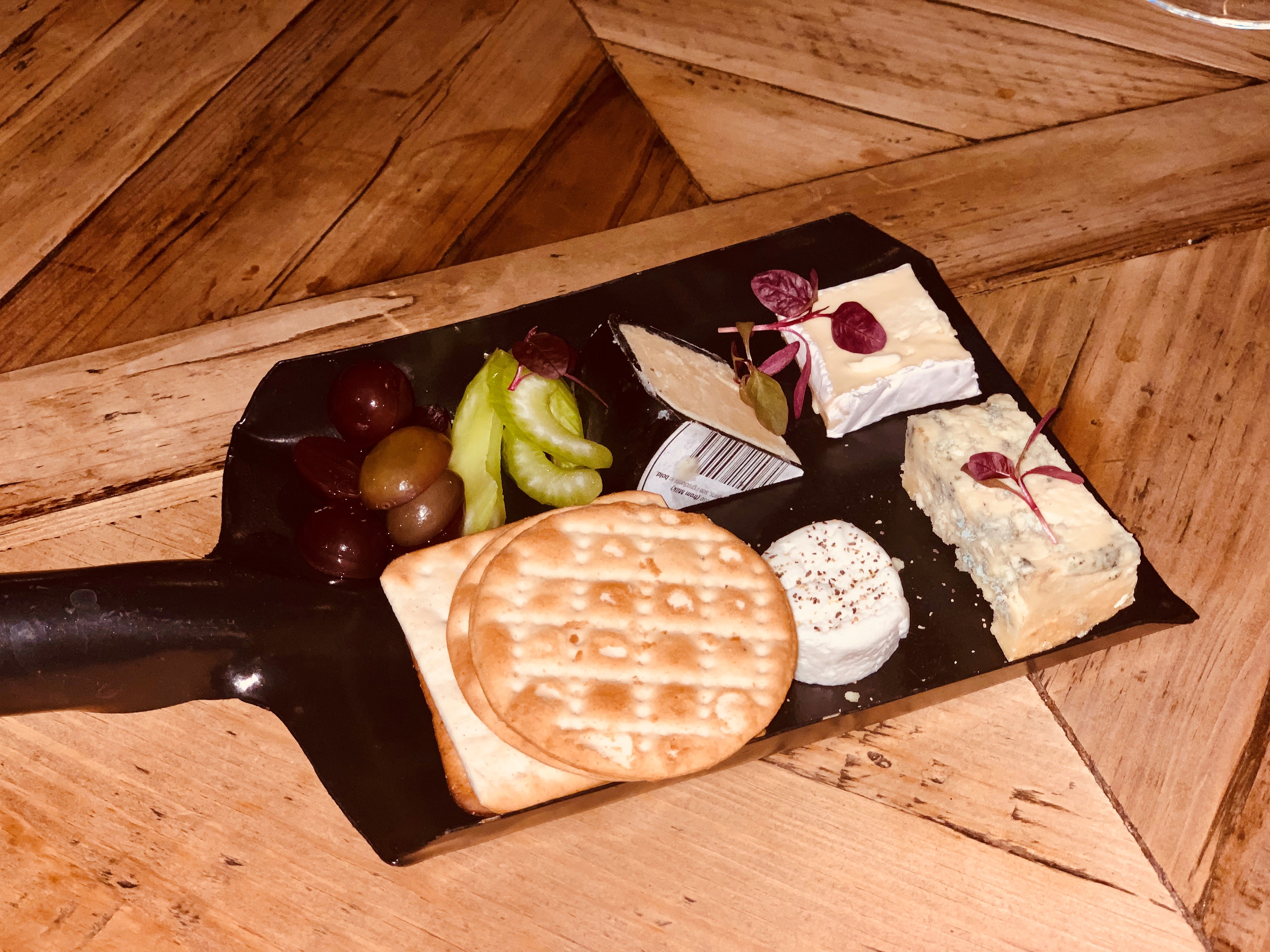 They have an extensive wine list which was really impressive. You really are spoilt for choice with their old and new world wine offerings. Furthermore, they have a good selection of wine by the glass, which is great for the most modest of drinkers. We chose their ‘Tanners Argentina Malbec, Mendoza’, which is a light and juicy Malbec with notes of alluring dark berries and spices. It paired perfectly with my lamb. Its worth mentioning that Mendoza, the heart of Argentina’s Malbec growing region, has been named as one of the best 15 Malbec wines by the Independents newspapers wine connoisseur ‘John Clarke’.

My final thoughts on R.P Culley’s are that they are offering high end cuisine at very reasonable prices and their vision of offering local, good quality food by people who really care about their customers, absolutely radiated through in all aspects of their hospitality and inspiring dishes. I really think R.P Culley would be incredibly proud of how the restaurant has incorporated his legacy with current day offerings.