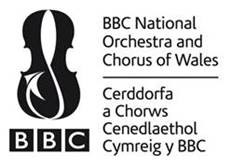 Winner of the Urdd National Eisteddfod’s composer medal and one of the most promising young violinists in the UK, Charlie Lovell-Jones [aged 18 from Cardiff] brings both skills to the stage in a special performance with Rebecca of a new composition – Cariad Cyntaf.

Rebecca Evans said ‘The atmosphere is going to be electric. The choice of music will trigger that for sure, and particularly with the glorious tones of BBC NOW, in one of the very best concert halls (named after our patron saint), it should be a concert to remember and cherish. I have known Charlie for a while and I am a huge fan. He is so incredibly gifted and makes playing the violin look effortless, music just pours out of him – it’s fantastic that he’s also so accomplished at composing.’

Rebecca continued ‘I am really looking forward to singing with Joshua Owen Mills. He’s such a talent and we’ll be singing one of the oldest Welsh duets ever written which will be so enjoyable, particularly for me as my great grandmother played piano in the first ever performance of Hywel & Blodwen with Joseph Parry himself on the podium!’

Charlie Lovell-Jones said ‘This is the first time I’ve performed my own music with an orchestra, and I am beyond excitement. To have the world-class soprano Rebecca Evans singing my music is like a dream. Having worked with Rebecca before, I was aware of what her voice could bring to my music. The part for voice is very challenging and full of colour, and I cannot wait to hear Rebecca bring my notes vividly to life.’