I was having a look around our garage the other day and came across our suitcases under a dust-sheet.  I felt it was only fair to break the news to them that there would be no holiday this year.  I wish I hadn’t because now I have to deal with emotional baggage.

They say that everyone’s got a book in them.  Painful, I would have thought. 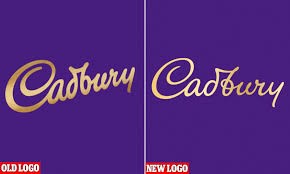 According to the Daily Mail, Cadbury has spent hundreds of thousands of pounds on a new logo which looks just like the old one. The much-loved British chocolate maker has ditched some of the words thickness and slightly re-moulded their tilt.  Its designer said this ‘puts the humanity back’ into the signature, which had gone unchanged for 50 years. However, critics say this is simply a fudge.  I also heard a rumour that Cadbury is bringing out an oriental chocolate bar. Could be a Chinese Wispa.

However, this rebadging is more common than you might think.  Some years ago I worked at Deloitte and they went through a hugely expensive rebranding exercise.

This was the result.  The full stop denotes that you have arrived at the right place and it also demonstrates their green credentials.  All very good you might think until you realise that the only change as a result of rebranding was the green dot.  And the cost………don’t start me!  I am in the wrong business. 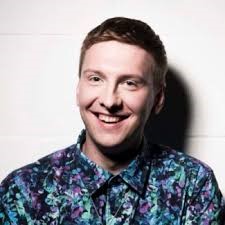 I have been reading the autobiography of stand-up comic Joe Lycett.  Very funny and highly recommended.  He specialises in emailing big companies or “celebs” using one of a number of aliases to take up issues with them and with great comic effect.  He talks in his book about celebs who think they have been profound when in fact they are talking nonsense.  A supermodel had been quoted as saying:  “Listen/Silent-  they share the same letters and are complementary in meaning.”  Lycett’s email riposte was “Look love, Tinsel and Inlets also use the same letters.  Not really profound is it.”

From the beginning of lockdown we started to use Amazon more regularly.  She Who Must Be Obeyed had sent off for a welders mask and boots or some such feminine frippery.  She then  received this message from Amazon Seller having enquired why the item was some three weeks late.  This was their verbatim email response:

I once heard a terrible joke about Amazon.  It was ruined by the delivery.  So there’s an Amazon River now? What’s next? Lake Facebook? Mount PayPal?  Just a warning if you’re buying a watch on Amazon.  I learned the hard way that if it says you can swim with it, this only applies if you can already swim without it!  Funnily enough, I used to be addicted to swimming but I’m very proud to say I’ve been dry now for six years.

A priest, a rabbit and a minister walk into a bar. The bartender asks the rabbit “What’ll you have?”  The rabbit says ” I dunno. I’m only here because of autocorrect.” 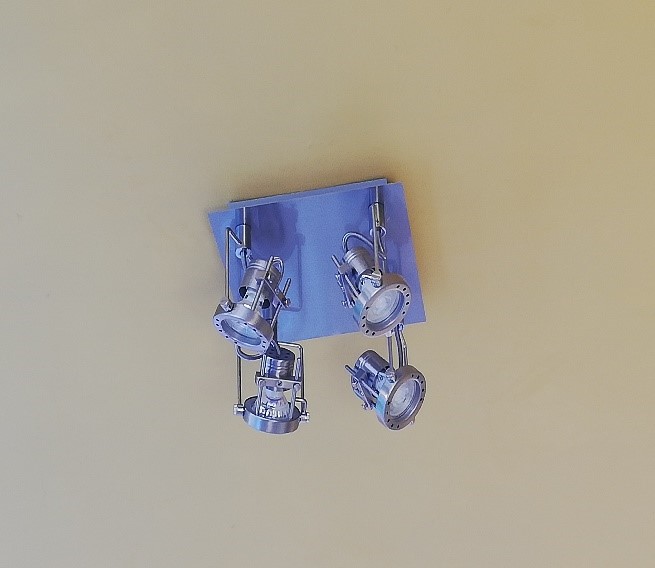 Been doing a bit of DIY recently.  I know, I spoil that woman.  As far as I am concerned DIY stands for Don’t Injure Yourself.  However, whilst painting a ceiling I thought I would do the right thing and loosen the light fitting in order to paint around it rather than on it.  There were only two screws holding it in place so what could go wrong?  Unfortunately I dropped one of them and its accompanying washer and lost both.  A long finger-tip search ensued but to no avail.  (I used to know a Noah Vale).  The air turned blue unlike the ceiling.  I replaced the other screw leaving the lights hanging at a jaunty angle.  Anyway, as I was applying the final drop of paint to the ceiling the missing washer fell from the roller onto my head.  I then fished into the last scrapings of the paint tin and there was the screw.  What were the odds of them landing in the paint pot?  My how we laughed as I returned it to its rightful place without electrocuting myself.

I’m not very good at DIY but I managed to attach a piece of wood to another piece of wood.  Nailed it.  Just remember that if your hand is crushed by a pile of books, you only have your shelf to blame.  Good name for a painter and decorator?  Matt Emulsion.

I was walking past a pet shop. A sign on the shop front said: “Pedigree Netherlands cats for sale.” I didn’t believe they were from the Netherlands so I went into the shop and asked the assistant: “How Dutch is that moggie in the window?”

This month’s doppelgangers are Simon Hart, Secretary of State for Wales, on the left (unusual for him as he is to the right politically) and footballing legend Brian Clough (who was politically on the left throughout his life) but here on the right.

Finally, did you know that one in four frogs is a leap frog.