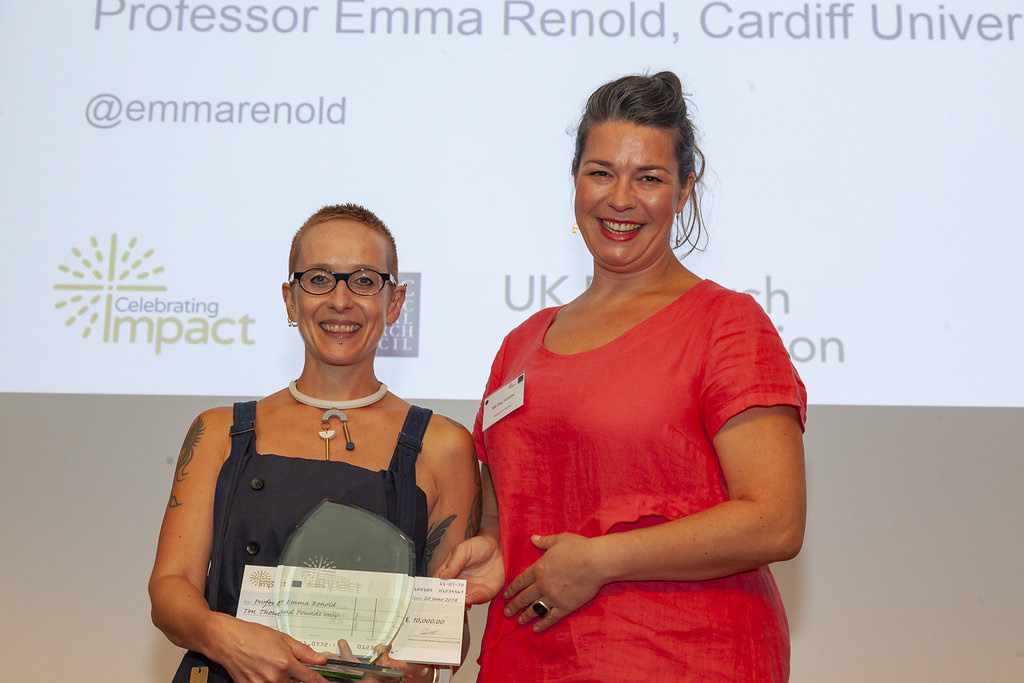 Research which has enabled children and young people to speak out about gender and sexual violence, helping to transform relationships and sexuality education in Wales, has attained a prestigious national award.

Professor Emma Renold’s pioneering participatory research with children and young people has won her £10,000 for Outstanding Impact in Society in the 2018 Economic and Social Research Council (ESRC) Celebrating Impact Prize.

Professor Renold’s research has sparked youth activism on sexual injustice and violence, contributed to new Welsh legislation on gender and sexual violence, and shaped the fundamental overhaul of relationships and sexuality education in Welsh schools announced by Wales’s education secretary, Kirsty Williams, in May 2018.

Her prize-winning achievements include:

“Young people are increasingly speaking out about how gender and sexual harassment and violence impacts their lives and others,” Professor Renold points out.

“Over the past seven years we have been co-creating research, engagement events, forums and the AGENDA resource with young people to ensure their views are heard and acted upon,” she says.

One example of workshop activities is a skirt made from grafittied rulers, designed by students as a creative response to boys lifting up girls’ skirts with rulers. Students wrote the negative things they wanted to stop and the positive things they want to change on rulers. The rulers were then tied to a belt forming a skirt to demonstrate against unwanted touching and abusive comments.

“Without AGENDA we wouldn’t have started our health relationships group ‘We are More’ in our school. We can make a change in society with AGENDA, and change is what is vitally needed right now,” explains Llayda, an AGENDA youth ambassador from Mountain Ash Comprehensive School, Mountain Ash, Wales.