REVIEW OF ‘ON YOUR FEET’ MUSICAL AT WALES MILLENNIUM CENTRE 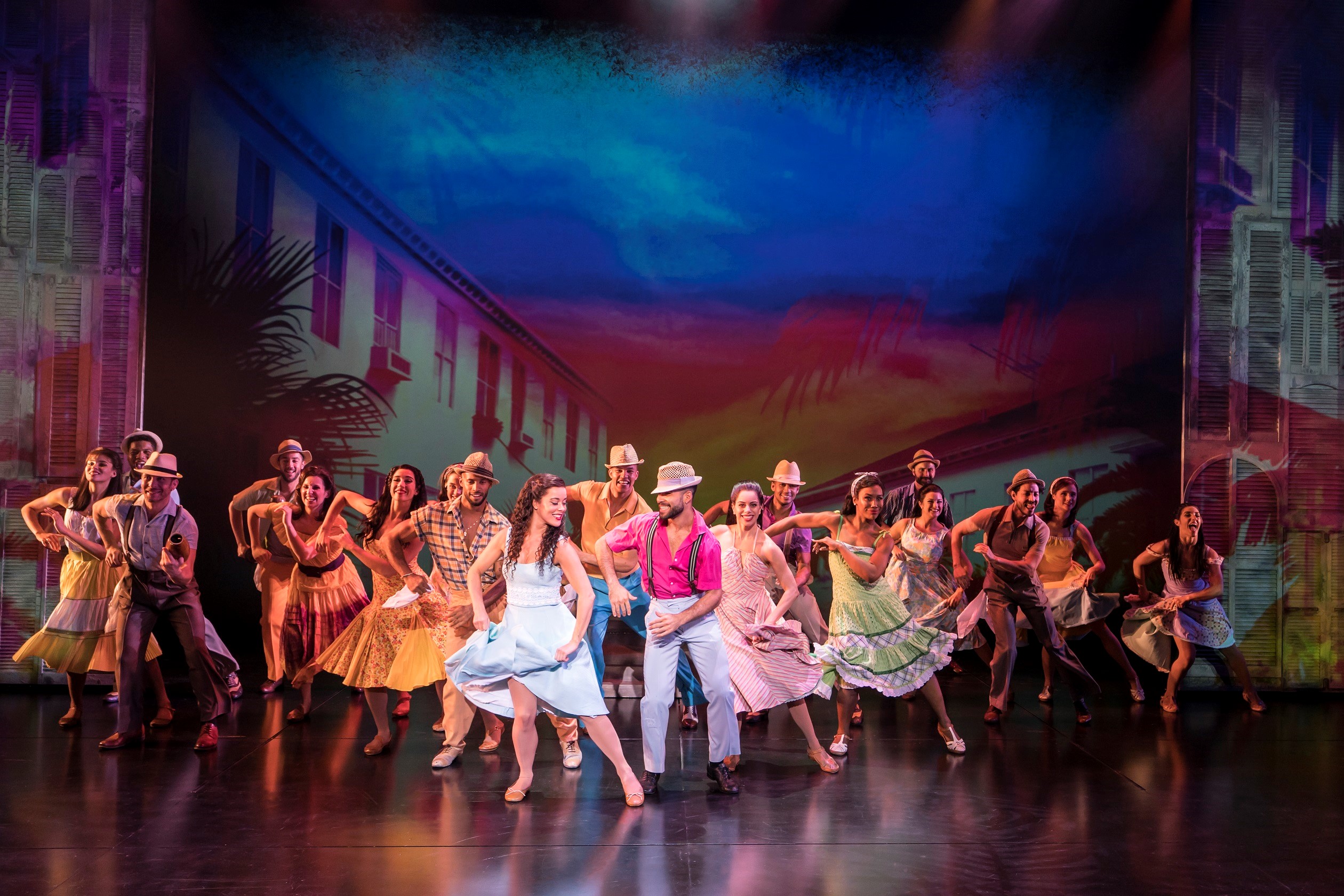 REVIEW OF ‘ON YOUR FEET’ – BY ALAN COULTHARD

I must confess that ‘juke box musicals’ are a guilty pleasure of mine, although I know they are not to everyone’s taste. Broadly they fall into two types, firstly where the original artist uses the opportunity of a film or stage musical to perform songs from its catalogue. These date back to the 1940s and include films such as the Beatles ‘A Hard Day’s Night’ and ‘Spice World – The Movie’. More recently, the second type has become more popular, where the catalogue is performed by other actors (usually a lot younger!) although the original artist will usually have a consultative role in the process. Again, this can be in the form of a stage musical or a film (or both) and almost inevitably there will be choreographed dance sequences as well as singing (even if the original artist was not known for dancing). The obvious example here is ‘Mamma Mia’ with ‘Jersey Boys’ being another example.

With regard to the script or ‘book’, this may be a description of the artist’s life or it may be a completely new story weaved around the songs. The disadvantage of the former is that the artist’s life may not be interesting enough to sustain an entire musical. (Much as I love ‘Jersey Boys’, this could fall into this category.) The disadvantage of the latter is that the story can come across as contrived at times. Fortunately, ‘On Your Feet’ is possibly the first juke box stage musical which recounts the artist’s life and career where this process is so interesting and thought-provoking that the audience is hooked. Topics such as forced migration, racism, parental control over the pursuit of dreams and disability issues are dealt with seriously but without judgment. Alexander Dinelaris should be commended for his book, which is sufficiently amusing in places to prevent the musical becoming too serious.

Of course, the main reason why the audience is so enthusiastic is the music and dancing. The director of ‘On Your Feet’, the legendary Jerry Mitchell, is normally the choreographer as well (for US productions at least) but, on this occasion, he delegates the task to Sergio Trujillo, who has worked as his assistant in any event. This was the right decision as most of the choreography is ‘latin’ as are the dancers themselves. It is a plain fact that you can always tell when a non-latin dancer is doing latin moves, and that includes the ‘Strictly Come Dancing’ professionals! As for the music, the catalogue of Gloria Estefan needs no introduction and comprises a mix of up-tempo dance tracks and heartbreaking ballads. ‘Anything For You’ is a personal favourite and this is a highlight in the musical, sung as a duet by the brilliant Philippa Stefani (Gloria Estefan) with Francesca Lara Gordon (her ‘sister’ Rebecca). The audience also sees how this song was inspired by an off-the-cuff comment by Gloria’s grandmother, the endearing Consuelo. The other classic Gloria Estefan ballads, ‘Here We Are’ and ‘Don’t Wanna Lose You’ also feature although the latter is (not surprisingly) movingly sung by George Ionnides (Emilio Estefan) in the aftermath of the tour bus accident which almost killed Gloria in 1990. Two other vocal highlights are ‘If I Never Got To Tell You’, a duet between Madelena Alberto (Gloria’s mother, Gloria Fajardo) and George/Emilio and ‘When Someone Comes Into Your Life’, a duet between Philippa/Gloria and her father (when he is able-bodied, he subsequently sadly contracts multiple sclerosis and dies). The former song was written specifically for the musical by Gloria and her daughter, Emily Estefan. Naturally, all the uptempto hits such as ‘Conga’, ‘Get On Your Feet’. ‘1-2-3’ and ‘Rhythm is Gonna Get You’ are here too. Gloria released albums in Spanish also, including the famous ‘Mi Tierra’ from 1993, and several songs from this album are featured in the first half of the show, including the title track excellently sung by Gloria’s mother during a flash back section. Although not actually recorded by Gloria, the song ‘Cuando Sali De Cuba (When I left Cuba)’, which is an anthem for all Cuban immigrants living in Miami, is featured also.

As for the story, briefly, young Gloria lives with her sister, Rebecca, and her mother and father, but her father (impressively played by Elia Lo Tauro) has multiple sclerosis and needs constant attention. The family are Cuban immigrants living in Miami, as are Emilio Estefan and his family. Emilio plays in a band, the Miami Latin Boys and spots the talented Gloria and wants her to front the band. She auditions with her sister one night and they ask her to sing in the band, which changes its name to Miami Sound Machine. Although they have released tracks in Spanish with limited success, in 1984 they decide they want to release ‘Dr Beat’, a song entirely in English. Their record company boss (‘Phil’ hilariously played by Robert Oliver) is unconvinced so they have to release it themselves. It gets no radio play until they target the record at the clubs, when it becomes an international hit and breaks the band. ‘Conga’ follows and brings Act 1 to an end. Act 2 starts with success upon success for Gloria (who is, by now, releasing tracks under her own name) but then Gloria is almost killed (and her son is injured) in an accident involving the tour bus. She has to have a lengthy operation on her spine followed by a long period of recuperation during which she feels like giving up music. She makes her comeback at the American Music Awards in 1991 with the song ‘Coming Out of the Dark’, a number one hit in the USA. She has written the song for her loving husband and the couple share a romantic embrace at the awards ceremony, which ends the musical. Then follows the traditional megamix of uptempto hits to allow the audience to ‘get on their feet’.

‘On Your Feet’ is a brilliant musical in all respects and I cannot recommend it more highly. Philippa Stefani (Gloria) is hugely experienced and has an impressive cv. One of her early roles was as Mimi in ‘Rent’ in 2007, in a company which included luminaries such as Welsh superstar, Luke Evans, and actresses Denise Van Outen and Siobhan Donaghy (Sugarbabes). Philippa has also been in Sister Act, Ghost, Evita and numerous other musicals. It’s therefore hardly surprising that she is the ‘stand-out’ performer in ‘On Your Feet’. (See her interview with my colleague, Carl Marsh, for Cardiff Times.) But the rest of the cast is highly impressive too, both vocally and as dancers. I also loved the fact that the dancers came off stage into the stalls just before the break and even invited members of the audience to dance with them. I’ve never seen this done before and we all loved it!

With the success of this musical, it wouldn’t surprise me if we saw a Shakira juke box musical before too long!