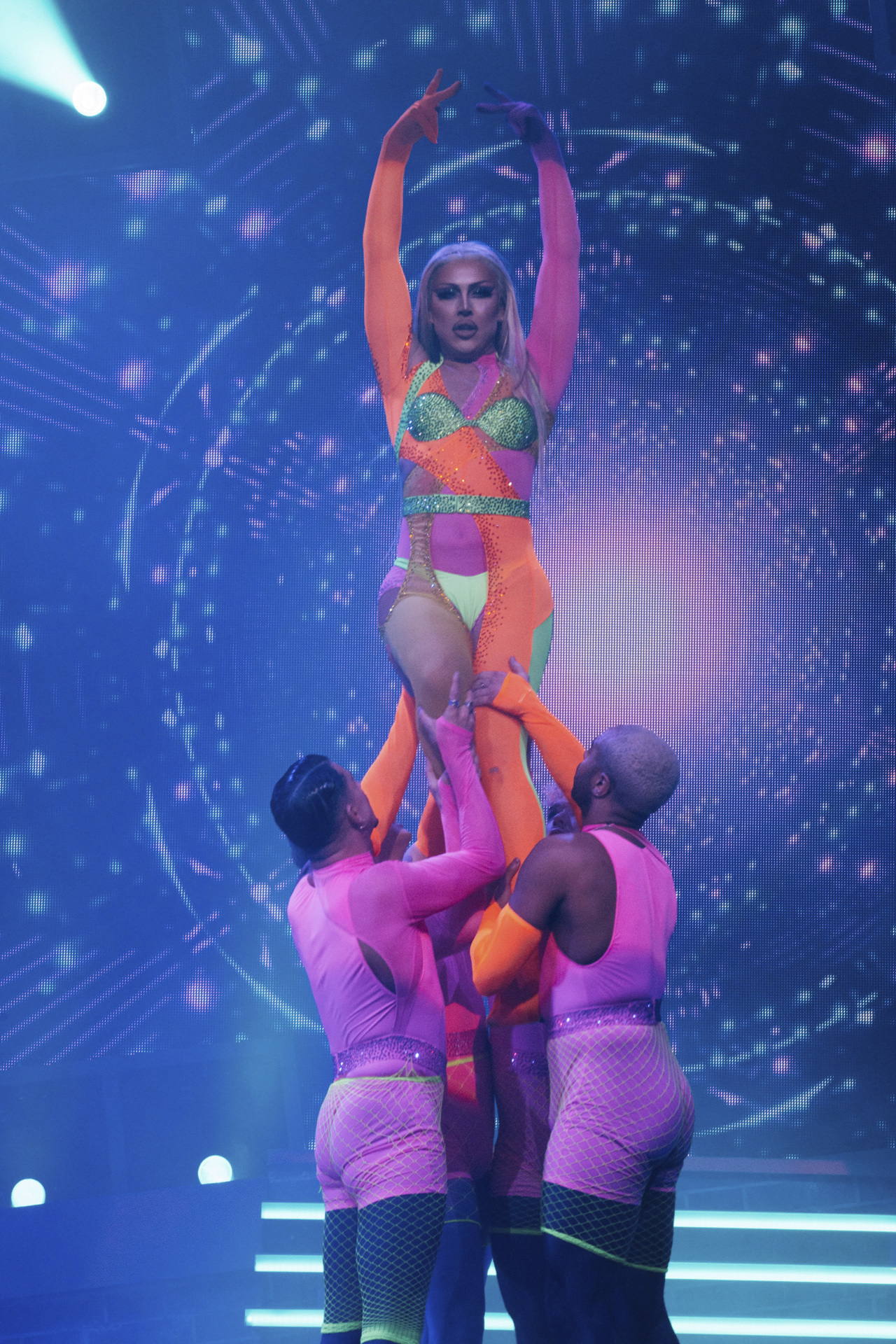 Season 2 of RuPaul’s drag race being ‘full of diversity and variety’ took place at St David’s Hall on Saturday February 19th.  What a night to remember!

Eleven individual and unique Drag Queens, including Tayce, Ginny Lemon and A’Whora, took to the stage with plenty of show stopping talent. Although the Season 2 winner Lawrence Chaney was absent from the show, therefore, Tayce opened the show and captivated the audience from the very beginning.

The first act was Austinna Mandella, who began the show with a very exciting act, lip syncing and dancing to the song ‘Ultra luminary’. The dancing was exceptional, and we were even hit with the iconic ‘death drop’, which thrilled the crowd. As the first act, it definitely brought the energy and set the tone.

Ginny Lemmon came shortly after with a performance, immediately charming the audience with a humorous and light-hearted act!

Tia Kofi emerged to the stage in a fierce and sexy green number, giving a strong individual singing performance which stood out as one of the only acts demonstrating their ability to sing.

Veronica Green made a dramatic entrance singing ‘Diamonds are forever’ and giving this classic a little twist. What started as a fairly straightforward performance charged up to something more sensational with dancing to the song ‘Hero’ in a hot glitter one piece. What an impact!

Cherry Valentine gave one of the best performances of the show. Cherry showed the audience that “hips don’t lie”, dancing to songs by Shakira, Beyonce, and Christiana Milian. The performance was sexy and captivating.

Sister Sister came out to the stage wearing a dress that was made out of different pieces of simple fabric. In comparison to the other acts the costume element did not come across as glamorous and stylish as the others. However, the performances still displayed a fierce personality.

A’Whora came out and blew the audience away.  In fact, the audience went wild for this act. The costume choice was stylish and fabulous, with a one-piece luminous number.

Ellie Dimond emerged to the stage dressed as a glamorous Cat in The Hat, which certainly brought an element of fun to the performance. Cat in The Hat has honestly never looked so sexy.

When Newport born, Tayce came back to the stage the fans went wild for the fellow “Welshie”. Whilst the performance was smooth and daring, some of the content went beyond the “PG” rating given to the show and there should have been a bit more of a warning about this. That said the crowd went absolutely crazy for the sexy and daring drag queen.

Season 2, second place Queen, Bimini Bon Boulash went on with a racy pole dance routine to to Bimini’s own version of ‘God save this queen’. The dance moves made the crowd go wild. The performance was brave and bold, it was completely different to the others, which made it extremely unique.

The passion and the individuality of each Drag Queen was amazing. To witness each Queen exciting and engaging with the crowd was incredible. The end performance was sensational because it brought the acts together and it displayed their talents as a group as well as individuals. Finishing off with the iconic hit ‘U K Hun?’ created a beautiful and thrilling atmosphere, which saw the audience on their feet. The execution of the show was immaculate, and the vibes and the atmosphere were completely unmatched.