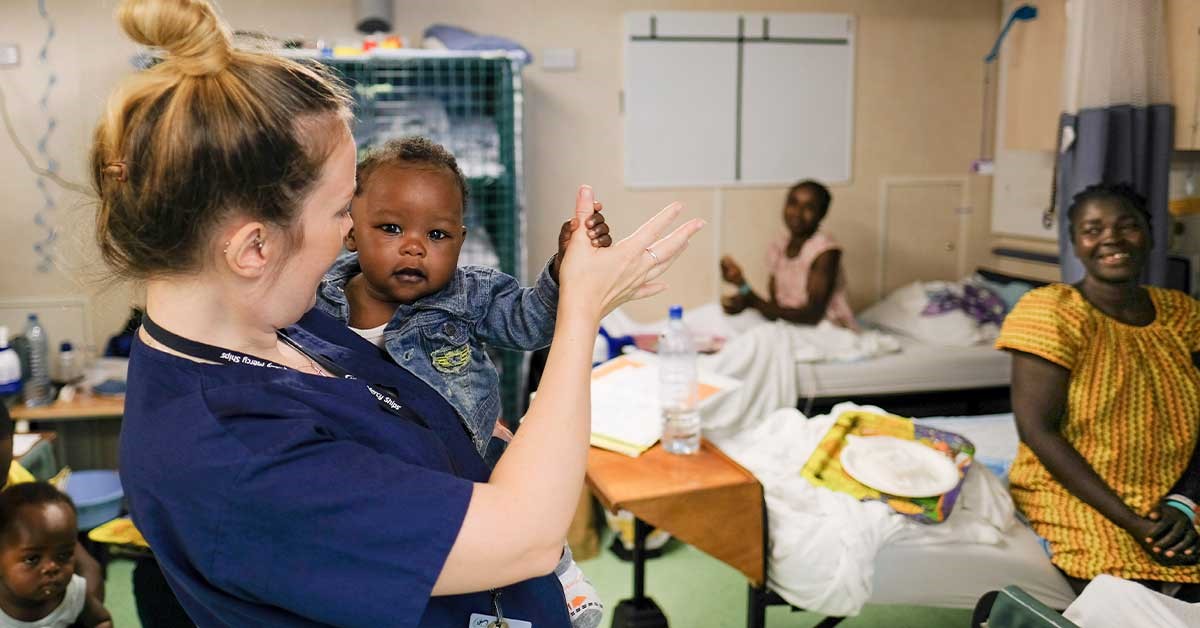 Miriam John from Pengam Green, Cardiff is preparing for a four-month trip to the West African nation of Senegal where she will be volunteering as a hospital physician and medical capacity educator.

The 33-year-old is traveling to the Africa Mercy, the world’s largest charity run hospital ship, which provides healthcare and training to developing countries.

Miriam was inspired to start volunteering with Mercy Ships two years ago and this will be her fifth trip. Miriam says “I had always wanted to volunteer my medical skills in a developing country and was really inspired by the work that Mercy Ships does. Some of the surgical procedures they perform are literally life changing. People who had previously been cut off from society because of their conditions are now welcomed home with open arms. It’s just incredible to be a part of that.”

The floating hospital is staffed entirely by volunteers from over 40 different nations who work in a variety of roles to help change the lives of some of the world’s poorest people.

In sub-Saharan Africa, 93% of the population do not have access to safe and affordable surgery when they need it. This results in over 18 million people dying each year from treatable conditions. That’s more than die from TB, Malaria and HIV combined.

Mercy Ships addresses this global surgery crisis within Africa by sending hospital ships staffed by volunteers to the places where surgeons are needed most. These surgeons also train local medical professionals who will stay in their home countries, effecting change long after Mercy Ships departs. Mercy Ships has touched more than 2.7 million lives since 1978.

“We are so grateful for the volunteers who travel to the Africa Mercy to volunteer their time and skills. Only 50% of the roles on the ship are medical and every role is filled by a volunteer. From the cleaners to the nurses, the receptionists to the electricians; we couldn’t offer this vital service without them.” – Hannah Mulvihill, Crew Support Coordinator for Mercy Ships

As for Miriam, she is preparing for cabin life. “I’m really looking forward to going back to the Africa Mercy and seeing all the great work that has been done since I left in September. It’s so rewarding partnering with local hospitals and really making a lasting impact. It’s going to be great fun to catch up with some old friends on the ship as well as meeting new people from all over the world.”

The Africa Mercy will stay docked in Dakar, the port capital of Senegal until July 2020. During that time they aim to deliver 1,700 surgical procedures and train 1,400 healthcare professionals.

Between the 1st of October and the 31st of December any donations made to Mercy Ships from individuals in the UK will be matched by the UK government. This means that donations made will go twice as far providing lifesaving surgeries and medical capacity building in West Africa. Matched funds from the UK government will be spent directly on changing lives in Senegal

For further information about the work of Mercy Ships, and the volunteering opportunities on offer visit www.mercyships.org.uk